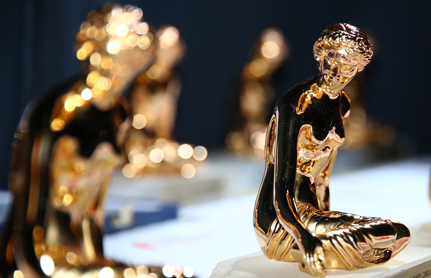 The Monte-Carlo Television Festival, this year celebrating its 61st edition, is a platform for some of the best series and TV films to get noticed by all the right people. Previous years’ winners for fiction include such high-profile programming as Breaking Bad, Modern Family, Money Heist, Das Boot, The Marvellous Mrs. Maisel, The Killing and My Brilliant Friend.

Actors, too, have been celebrated for their roles at the Festival. Patricia Arquette, Phoebe Waller-Bridge, Benedict Cumberbatch, Ewan McGregor, Paul Bettany, Jenna Coleman and Lydia West are amongst some of the talent who have received a Golden Nymph, the Festival’s prestigious award.

The submission process is free and is open to TV films, miniseries, TV series, documentary films, documentary series and news programmes, and must have been originally created for television or SVOD platforms. Theatrical releases before a first broadcast will not be accepted.

Any programme broadcast for the first time after 1st January 2022 will be considered.

“As every year, the Golden Nymph Awards will honour the best content in global television production,” said Laurent Puons, CEO of the Monte-Carlo Television Festival. “The incredible multiplication of viewing possibilities on all types of screens and the significant growth in productions are leading to an increasingly exciting competition.”

Six Golden Nymphs are up for grabs in the Fiction Category, including best film, best series, best creation, best actress, best actor, and a special jury prize. Three awards in the newly renamed News and Documentary Category will be handed out for best news programme, best documentary, and a jury prize. Additionally, in conjunction with the Prince Albert II of Monaco Foundation, the Prince Rainier III Special Prize will reward the best documentary focused on environmental issues.

“Our goal is always to highlight the very best content that entertains and engages viewers and to raise awareness of the myriad topics that affect our planet today,” Laurent Puons went on to explain. “The news category rewards material that gives a fresh insight and clear understanding of important, current issues, whilst our fiction category shines a light on the most striking productions and performances of the year. We look forward to receiving entries from producers, distributors and creators who wish to showcase their programs on the world stage.”

The final day for submissions is Thursday 24th March, with the official selection being announced in May. The golden Nymph Ceremony will be held on Tuesday 21st June as part of the Festival.