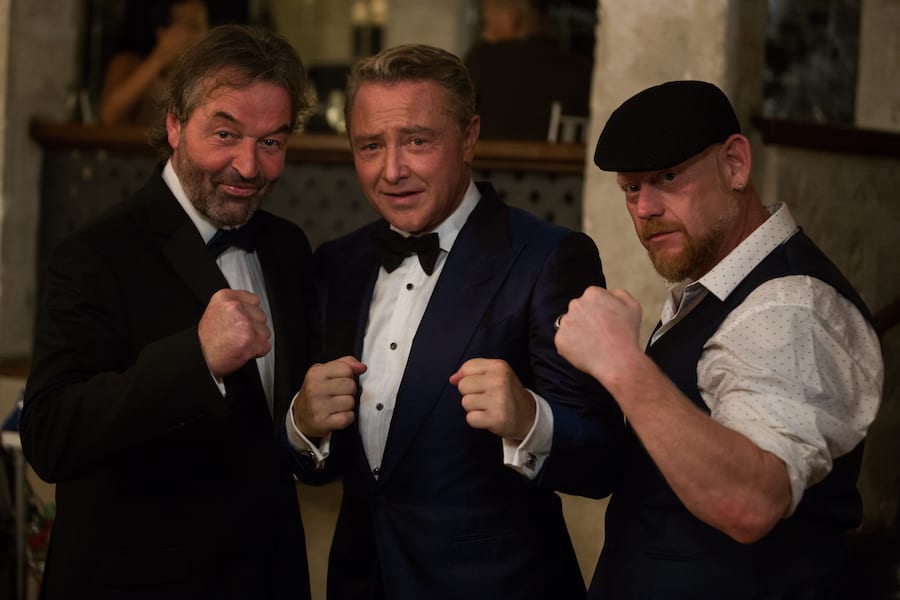 The Monaco Streaming Film Festival has held its inaugural event and among the long list of films were a feature length directed by Michael Flatley, for which he also won best actor, and a short made by the Antropov Foundation.

The Monaco Streaming Film Festival, held from 3rd to 6th July at the Grimaldi Forum, is unique in that it is the first ever event of its kind to live stream all aspects of the event for the general public to view.

The festival was also the first to show the directorial feature film debut by Lord of the Dance star and Monaco resident Michael Flatley entitled Blackbird.

Flatley wrote, stars in and financed the project about a disillusioned former MI6 operative, Victor Blackley, who leaves that life behind to become the proprietor of a hotel on Barbados that has a reputation for being a safe haven for criminals looking for a place to do covert business. Blackley finds he can no longer turn a blind eye when a blast from his past turns up, reigniting an old love affair as well as pitting him against a villain who is willing to cause global mayhem, putting millions of lives at stake.

Flatley’s film is evoking Hollywood’s golden age films, a fact he clearly is trying to encourage.

“I wanted to make a modern movie reminiscent of old Hollywood,” said Flatley. “The classics were always entertaining without being excessively violent or complicated. We shot the movie in Barbados, Ireland and London, capturing some of the most cinematically picturesque locations on film, all of which have a special place in my heart. I’m honoured to be showing Blackbird at the inaugural Monaco Streaming Film Festival. It’s an innovative venture and opens the doors globally to a rapidly evolving digital marketplace.”

Flatley was awarded the prize for best actor, a pleasant surprise for a man who has been entertaining people for more than 25 years.

“To receive the award for best actor, and in Monaco, is a great honour indeed,” Flatley said after the Awards Gala.

Another film, this one a short, has also captured attention at the festival. Temptation by Civilisation, made by the Antropov Foundation, is a film that touches on subjects such as human civilisation’s impact on the environment and our collective consciousness with regard to community and self-connectivity. It asks the age-old question of “what purpose does life serve?” in a modern context.

The film is a conversation with Chilean philosopher Dario Salas Sommer, author of the book Morals of the XXI Century. The book was acclaimed and received high praise from such disparate notables as Xi Jinping, Vladimir Putin, Angelina Jolie, Bill Gates, Frances Ford Coppola and Mark Zuckerberg.

As part of the screening, guests were offered Sommer’s book In Praise of Inner Wealth, The Universal Motto, whose initial aim was to help politicians look at solving humanitarian problems in a new way.

Local News Stephanie Horsman - March 19, 2021
The players participating in the 114th Rolex Monte-Carlo Master Tennis Tournament has been revealed and the impressive line-up will include nine out of the top 10 players in the world.

A joint meeting was held last week between the Monegasque Ambassador to the US and Honorary Consuls from nine major North American cities to discuss collaborative efforts for the next calendar year.

Considered one of America’s greenest cities, Seattle was the setting for the confluence and attracted the Monaco representatives for its achievements regarding environmental issues and sustainable development.

Held over the long Columbus Day bank holiday weekend, and led by Maguy Maccario Doyle, Monaco’s Ambassador to the United States, plans were discussed for upcoming synergistic events and activities in 2020 that encourage communication and cooperation.

Information was exchanged pertaining to the Principality’s interests, and included a visit to the Bullitt Centre, purported to be the greenest building in the world located in Seattle’s vibrant city centre. Meetings were also held with leading academics from the University of Toronto’s School of Environmental Studies who are authorities on topics of interest to Monaco such as ocean acidification, the global melting ice situation and sustainable development. Finally, the retinue took a field trip to meet American sculptor Dale Chihuly to round out the program.