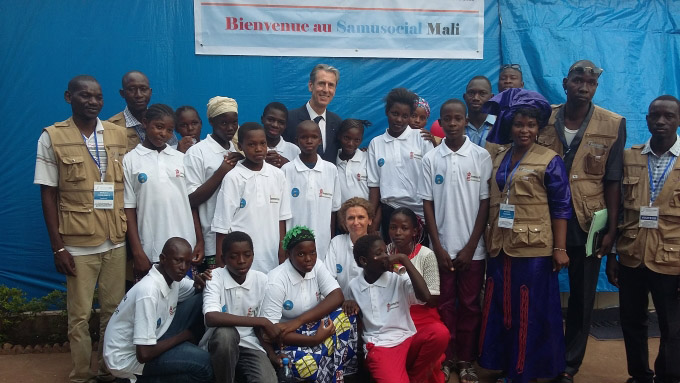 A Monegasque delegation led by Gilles Tonelli, Minister for Foreign Affairs and Cooperation, visited Mali from April 4 to 7.

During the visit, several partnership agreements were signed, particularly a Memorandum of Understanding with the Ministry of Health and Public Hygiene to support the fight against sickle-cell anaemia, an agreement with the founder of Samusocial, Xavier Emmanuelli, which assists children living on the streets in Bamako, and one with the Fondation Mérieux, the association Santé Sud and the Centre of Infectiology to improve the quality of care in rural areas.

Finally, Minister Tonelli took part in the official ceremony of laying the foundation stone of the cardiac catheterisation unit at the Mother-Infant hospital in Bamako in the presence of the Monegasque association Share, the project’s founder.

Bilateral cooperation between the two countries was initiated in 2006 and was strengthened in 2011 by the signing of a Framework Cooperation Agreement on the occasion of the visit to Monaco of former Malian President, Amadou Toumani Touré. In 2012, the Sovereign Prince went on a State Visit to Mali.

The Monegasque delegation was received by a number of Malian ministers, including the Minister of Malians Abroad, Dr Abdramane Sylla, Minister of Health and Public Hygiene, Dr Marie Madeleine Togo, and the Minister for the Promotion of Woman, Child and Family, Sangaré Oumou Bah.

Local News Cassandra Tanti - July 10, 2019
Travellers will soon be able to reserve their suites aboard Silversea's new ship, Silver Origin, which has been designed entirely with the Galapagos Islands in mind

The story behind Monaco’s relationship with the...

Local News Stephanie Horsman - July 19, 2021
Cardinal Pietro Parolin, Secretary of State to the Holy See, has visited the Principality to celebrate the 40th anniversary of privileged relations between the two states.