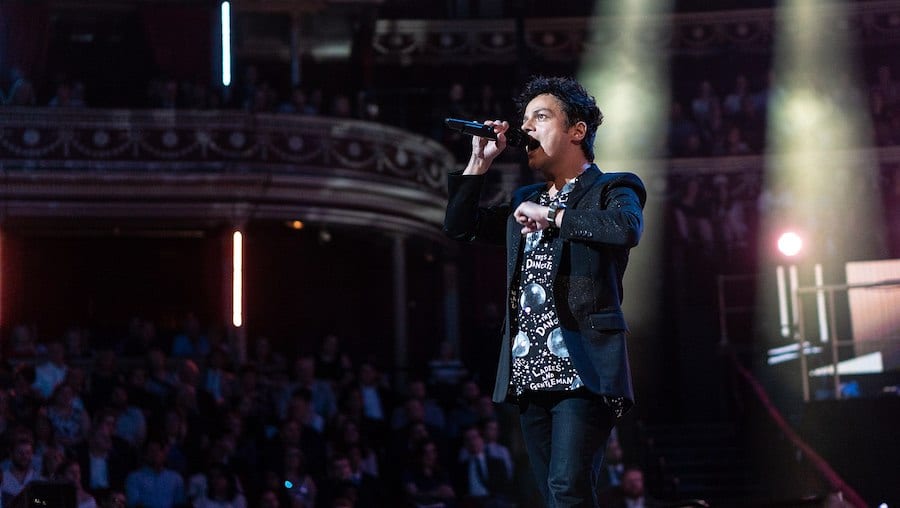 The Sporting Summer Festival is back this year with a series of unmissable shows by internationally acclaimed artists at oh-so glamorous locations around the Principality including the Salle des Etoiles, the Opera Garnier and Casino Square.

The Monte-Carlo Sporting Summer Festival has been a Monaco institution since its inception in 1974. Each year in July and August, the festival features talent from around the globe and has something for everyone.

This year from 16th July to 14th August, the summer nights will be electrified with the sounds of several top-notch performances put together by Artistic Director Jean-René Palacio. The line-up includes some unmissable nights with the stars.

It all kicks off with English jazz-pop singer-songwriter Jamie Cullum headlining the Croix Rouge Monegasque Gala on 16th July. For the first time ever, the gala will be held in the newly-refurbished Casino Square giving party-goers a night under the stars with a view onto the world’s most famous casino and tunes from the multi-talented Cullum.

Next up is The Show: A Tribute to ABBA on 24th July, which ABBA’s official fan club described as “undoubtedly the best ABBA since ABBA.” No one will be able to resist singing and dancing along to their old favourites, all whilst being part of a good cause. To make the night even more authentic, original band member Ulf Andersson is part of the ensemble cast. Proceeds benefit local organisation Fight AIDS Monaco.

Zucchero, the nom de plume for legendary Italian singer Adelmo Fornaciari, plays on 25h July when he will perform renditions of his most popular hits such as Senza Una Donna, Il Volo, and Baila Morena. He has sold more than 60 million records worldwide over his 39-year career and will be giving his fans and newcomers to his music a night to remember.

On 31st July, two Russian acts dominate the evening. The first is the country’s most popular singer, Stas Mikhailov, who at 51 is the reigning king of music in the Federation, followed by Artik and Asti, a duo formed in 2010 and who found massive YouTube success. Their tour is called Sad Dance, but with their uplifting music, it’ll be anything but.

The ‘Night of the Orient’ is the first concert of August, taking place on the 5th and featuring the Arab world’s celebrated artist and voice coach Assi Al Hallani. The Lebanese singer has spent the past three decades delighting fans with his music, but is also known for his humanitarian acts, which include putting on several charity concerts to fight poverty and hunger.

6th August, the Summer Festival welcomes back singer, pianist and composer Paolo Conte. This accomplished artist, who also plays trombone and vibraphone, began his adult life as a lawyer before starting a jazz band with his drum-playing brother. He has never looked back and has had a musical run spanning from the 1960s.

One of the Latin world’s hottest singers, Enrique Iglesias, plays the festival on 7th August. Son of singing legend Julio Iglesias, Enrique has made a career as solid as his dad’s with 10 studio albums to his credit, three greatest hits compilations and an incredible 180 million records sold. Fans can now see him in the intimate setting of the Salle des Etoile, making any hot summer night even hotter.

10th August welcomes three amazing acts. First up is Valery Meladze, one of Russia’s most known contemporary and pop artists who has delighted fans for two decades. Though he’s a tough act to follow, Via Gra is surely up to the task. The gorgeous Ukrainian pop trio have many hits to their credit and are sure to rope in new fans as well as entertain old ones at the festival. Last but not least is iconic singer, host, and actress Albina Dzhanabaeva, who started her career with Meladze, but took off in her own right becoming a beloved Russian favourite.

Two families, one who hails from Montpellier and the other from Arles, formed an extended family band 40 years ago who have captivated audiences the world over. It would be difficult to find someone who hasn’t heard of The Gipsy Kings, and now they will be performing live on 13th August for the festival singing hits such as the Spanish infused Bamboléo and Djoba, Djoba.

Last but not least is a get-up-and-dance night of 1970s American disco with Sister Sledge. The four sisters who make up the band will be on hand to perform memorable hits such as The Freak as well as their biggest song, the iconic We are Family, which is now thought to be the benchmark of the Uptown Funk era. The ladies will perform on 14th August.

To get tickets for cool music on hot summer nights, visit the SBM website at www.montecarlosbm.com