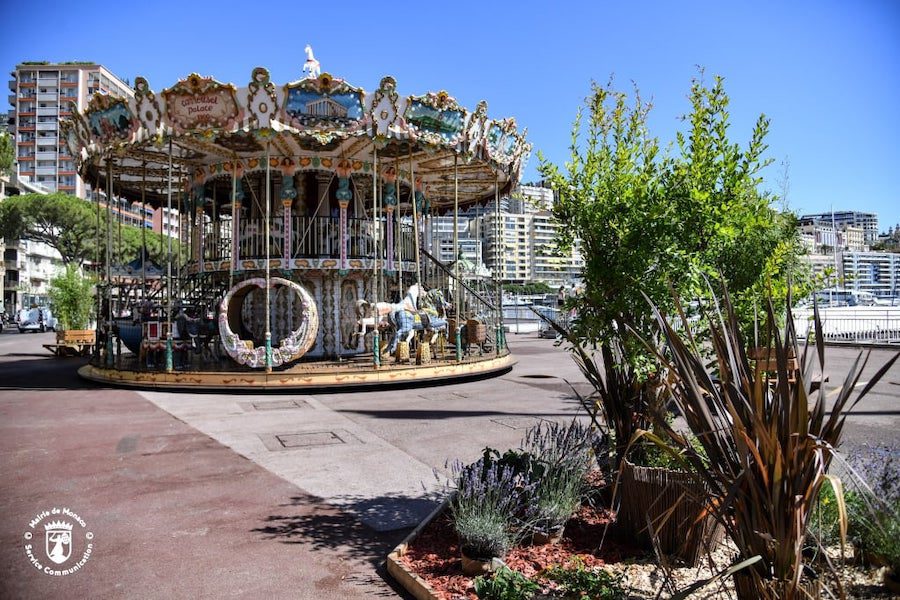 Monaco City Hall has added new events to its summer fun programme in Port Hercule this August for kids and kids at heart.

Forget the lazy dog days of summer, there’s too much fun to be had this month in the port to even think of staying in.

The Monaco City Hall has set up a mini fun fair on Quai Albert 1er replete with a carousel, “crazy karting” and a bouncy castle for the kids as well as a 3×3 basketball court for adults to keep everyone busy and happy. The carousel opens at 11am and runs until 10pm, karting goes from 3pm to midnight and the basketball courts are available from 3:30pm to 8pm until 22nd August.

If the afternoon sun gets a bit too warm, there are shaded benches set up all along the quay, decorated with plants, to rest and cool down.

Additionally, in a collaboration with MC Clic, the Monaco-based company that has made a name for itself by designing and manufacturing civil drones to take aerial photos for beauty shots, building inspections and other various needs, is launching an introduction to radio-controlled cars every Wednesday until 22nd August. A circuit will be set up and anyone over the age of five is invited to test and learn to manage different radio-controlled vehicles. Sessions are for two and run for 15 minutes, depending on demand, and go from 7pm to 10pm.

Finally, there are the two nights of live fireworks displays on the 31st of July and the 7th of August in the port which will replace the cancelled Monaco Art en Ciel fireworks competition usually held this time of year. The nights are sure to be spectacular so make a point of heading down.