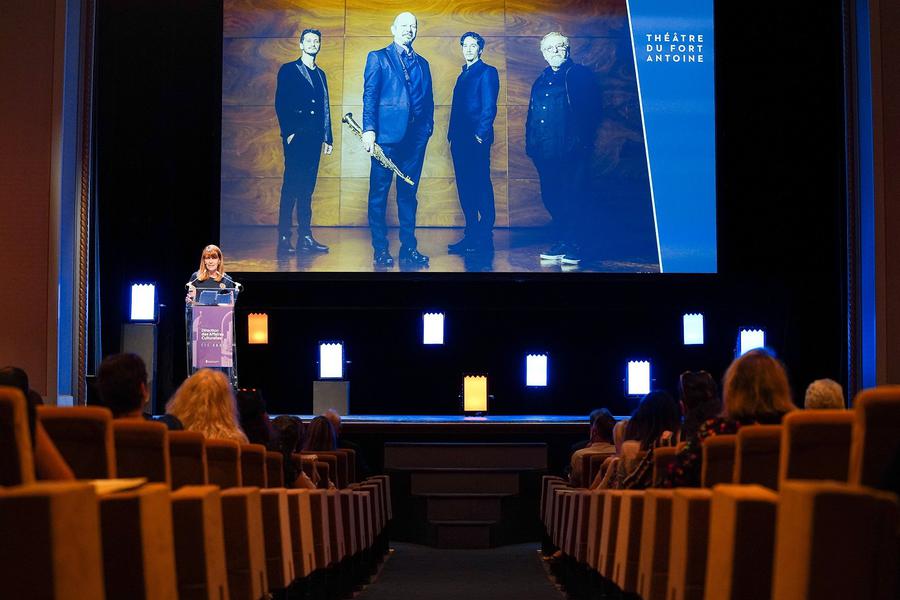 On the roster are the 51st edition of the Théâtre du Fort Antoine, which will run from 29th June to 6th August, as well as the 15th edition of the Monaco International Organ Festival, which goes from 27th to 15th August. In total, there will be 14 evenings and seven events at the Catherdral, including a cine-concert.

Fort Antoine will host its much-loved theatre programme that will see performances, events and talks by the Printemps des Arts, the NMNM, the Prince Pierre of Monaco Foundation, the Audio-visual Institute of Monaco, the Philosophical Meetings of Monaco, the Princess Grace Theatre and the Monte-Carlo Philharmonic Orchestra.

These diverse performers will offer a variety of entertainment options including screenings, concerts, conferences and a special evening tribute to Jean-René Palacio, who recently passed away but helped create this programme along with the Société des Bains de Mer de Monaco (SBM).

Monaco International Organ Festival Artistic Director Olivier Vernet revealed the theme of this year’s event to be ‘Organ sharing’ and will present the latest recordings made on the Monaco Cathedral’s organ, which is celebrating its 10th anniversary this year. A special concert will be held to mark this event.

In honour of the anniversary and in collaboration with the Médiathèque de Monaco, a book signing with Claude Passet and Silvano Rodi, authors of the Grand Livre de Organ à Monaco, will be organised at the Louis Notari Library.

For more information, visit the websites of each venue at https://theatrefortantoine.com/ and https://www.festivalorguemonaco.com/