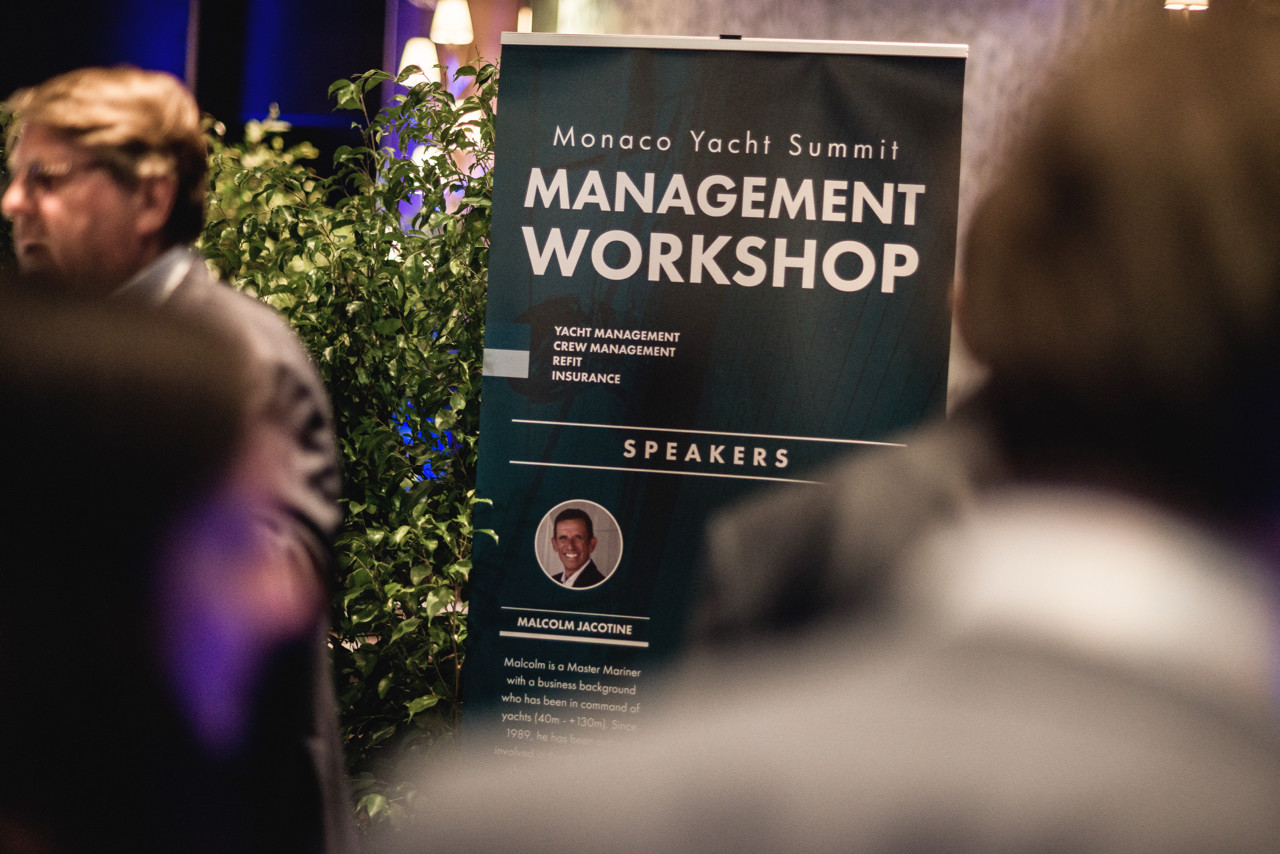 On September 26, the second edition of the Monaco Yacht Summit will examine issues of first-time charterer or purchase of luxury yachts.

The pre-Monaco Yacht Show event is exclusively designed to equip new potential superyacht charterers and buyers – or their reps – with information about the decision-making process before attending the four days of the Monaco Yacht Show (MYS), which takes place from September 27-30.

For Gaëlle Tallarida, Managing Director of the Monaco Yacht Show and on the initiative of the Monaco Yacht Summit, this new rendezvous on the eve of the Show aims at offering the ad hoc platform to deliver the superyacht industry intelligence for prospectives. “The Monaco Yacht Show is the world’s leading superyacht market for yacht owners and the new clientele. With the rising generation of younger UHNWI that can afford a luxury vessel but don’t know much about yachting, we believe this is the responsibility of the MYS to give them the opportunity to better understand the industry,” Ms Tallarida told Monaco Life.

She added, “In an intimate and focused format, the Monaco Yacht Summit will be held in a relaxed atmosphere where everyone can ask difficult questions they might feel embarrassed to ask as they are new to this world, which has become ever more regulated, with changing laws and hoops to jump through.”

Ken Judge has been living in Monaco for the last 25 years. At Tuesday’s Summit, he will be addressing the purchase and chartering of superyachts and, as both a lawyer with a background in superyacht construction projects and a consumer, he has a lot of perspective on the good, bad and ugly of buying, selling and chartering superyachts. “Monaco has probably the highest concentration of superyacht owners,” Mr Judge, who has raced all his life, from dinghies and all sizes up to the America’s Cup, said, “and it’s a natural destination for owners and charterers to check out what boats are available and the latest trends in both, as well as to be updated at the developments in taxation and crewing of boats.”

Mr Judge referred to the 2016 Monaco Yacht Summit as “a revelation”. “The attendees were very engaged and eager to explore a range of topics and as the format was pretty relaxed and the speakers are readily accessible, the topics were explored in depth. The feedback has been very generous and it seems everyone thought they had a great time.”

Xavier Lamadrid, who will discuss the complex regulatory and tax environment during the Management workshop, said he has experienced first hand the period and waste of resources that a poorly managed yacht can cause on a Family Office and the Principal. The Monaco resident said, “The Summit is special as it brings some of the best experts to give real unbiased information to real prospective to first-time yacht buyers and renters, this makes it unique. There are still a lot of cowboys out there when big commissions are at stake.”

Yacht owner and ex-GB Team Sailor Tom Montgomery first became involved in the Monaco Yacht Summit through an introduction from Yacht Investor Magazine. “I will be there to introduce a number of my friends and clients who are in the early stages of looking to buy their first superyacht, and in some cases this is their first Monaco Yacht Show, and certainly their first time at the Summit,” Mr Montgomery explained.

“The Summit for me is a superb event to introduce new potential owners, many from the Royal Thames Yacht Club in Knightsbridge – the World’s oldest Yacht Club, which is a reciprocal club with the Yacht Club de Monaco – who need guidance in the yacht market and the Monaco Yacht Show.”

The Monaco Yacht Summit is a free event, although participation is upon approval. Anyone looking to appoint a personal assistant or family office representative to attend on their behalf should register for information at mys-prive.com.

A Moroccan man has been sent to jail after seriously abusing his young Monegasque wife over a period of several months. Monaco’s criminal court heard that police were called out a total of eleven times to the couple’s home on avenue Pasteur, after the wife telephoned to complain of violence at the hands of her husband. Trouble was not long in coming to the marriage after wedding vows were exchanged in April 2016, the court was told, and, as is often the case in domestic violence, the victim at first refused to press charges. Finally, when the victim lodged a criminal complaint, in an attempt to explain away her injuries, the defendant claimed his wife had fallen. Court President Florestan Bellinzona noted that the assaults were recurring. The defendant admitted he had hit his wife repeatedly, but blamed alcohol for his actions. "Your wife took a picture with her Smartphone, she had black eyes and there were traces of struggle in the room,” the Judge Bellinzona said. “When I work, I do not get carried away, but I have a big problem With alcohol,” responded the defendant. The Deputy Prosecutor pointed out that every day three women die due to domestic violence. “You do not have to accept such behaviour in the Principality. His wife will not see him again. She asks that he never return to the marital home and condemn him to eighteen months,” he argued. Counsel for the accused faced an uphill task, but nonetheless argued for a non-custodial sentence. The court decided to send the culprit to jail for 12 months, with a restraining order with the victim for two years.