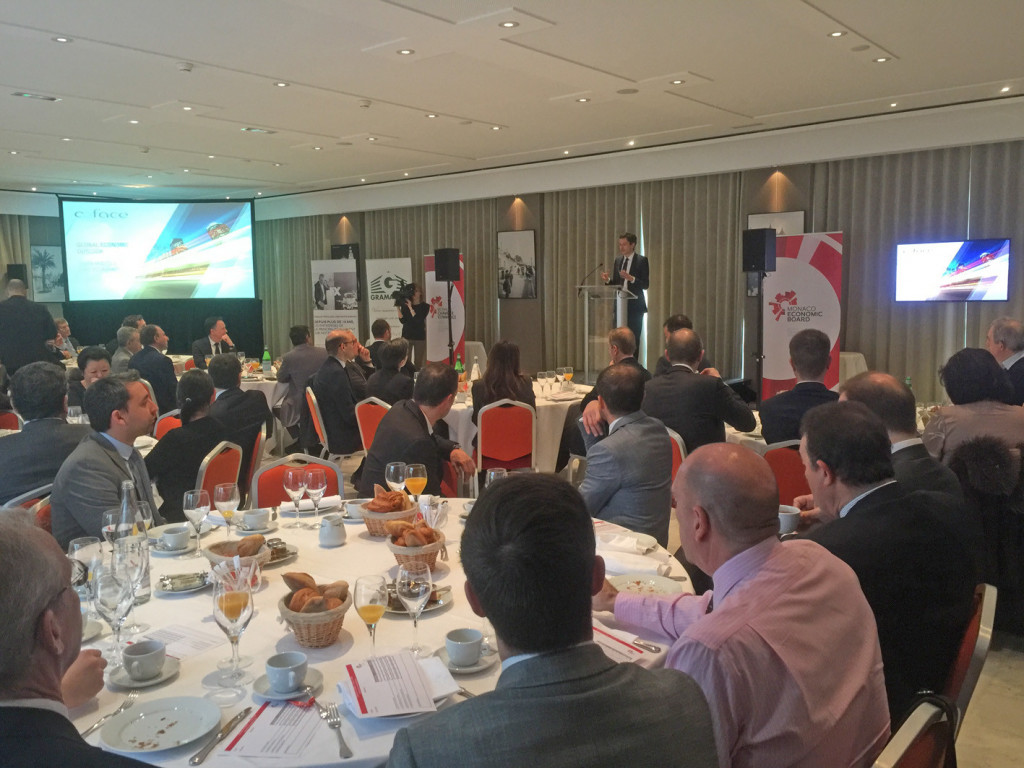 2018 Coface MEB Breakfast at Salon de Bellevue. Photo: Monaco Life[/caption] The Monaco Economic Board (MEB), the Banque Populaire Méditerranée and Gramaglia Assurances, held a well-attended conference "Country Risk: Analysis and Business Opportunities" at the Salon Bellevue of the Café de Paris on Wednesday, January 31. For this fourth edition, Julien Marcilly, Chief Economist of Coface, presented the major global economic trends discussed last week at the Symposium on Country Risk in Paris before 1200 experts. More than 100 economic players were present in Monaco to hear the forecasts from Coface, a world leader in credit insurance. For companies that are members of the MEB, especially those with an international focus, this event was a great opportunity to hear about trends that might guide their investment strategies and future actions. [caption id="attachment_27886" align="alignnone" width="640"] 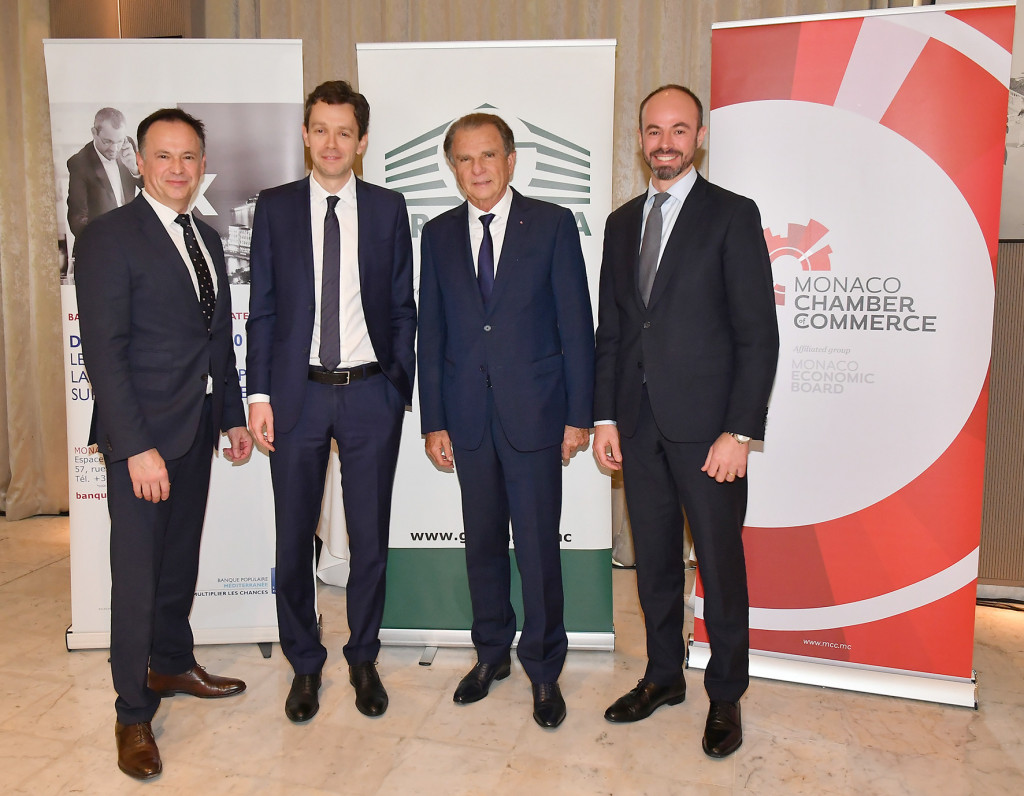 Michel Prost Dumont (Deputy Director Monaco Branch Banque Populaire Méditerranée, Julien Marcilly Chief Economist Coface, Michel Dotta, President Monaco Economic Board, Olivier Labédan Commercial Director Gramaglia. Photo: Michael Alési/MEB/Realis[/caption] Mr Marcilly began by taking stock of 2017, a year that had some good economic surprises despite the protectionist threat that seemed to prevail. The notable performances of Europe, the US and some emerging countries, supported by the recovery of commodity prices, defied gloomy forecasts. For 2018, Coface predicts a confirmation of global economic growth that could reach a peak during the year. But this favourable trend should not obscure the risks. Mr Marcilly pointed out three main ones: a risk of overheating that could lead to equipment shortages and recruitment difficulties, mainly in developed countries; a banking risk still present in China; and finally, and still, political risks with a busy year for elections, especially in Latin America. After giving an overview, Julien Marcilly lent himself to the game of questions and answers, answering in detail the particular questions of Monegasque companies about their areas of activity with Dubai and Uganda. The participants were then able to walk away with the new Coface Country and Sectorial Risks Guide, a valuable tool that will allow them to deepen their knowledge. The next MEB event, which is for members only, is a Russian Conference on February 9 at the Salon Théâtre, Hôtel Métropole, from 8:30 am to 10 am. HE Mireille Pettiti, Ambassador of Monaco in Russia and Igor Yurgens, Consul of Monaco in Moscow and Vice-President of the Russian Union of Industrialists and Entrepreneurs, will give an update on business opportunities in Russia, with an opportunity at the end of the event to exchange with Mr Yurgens.