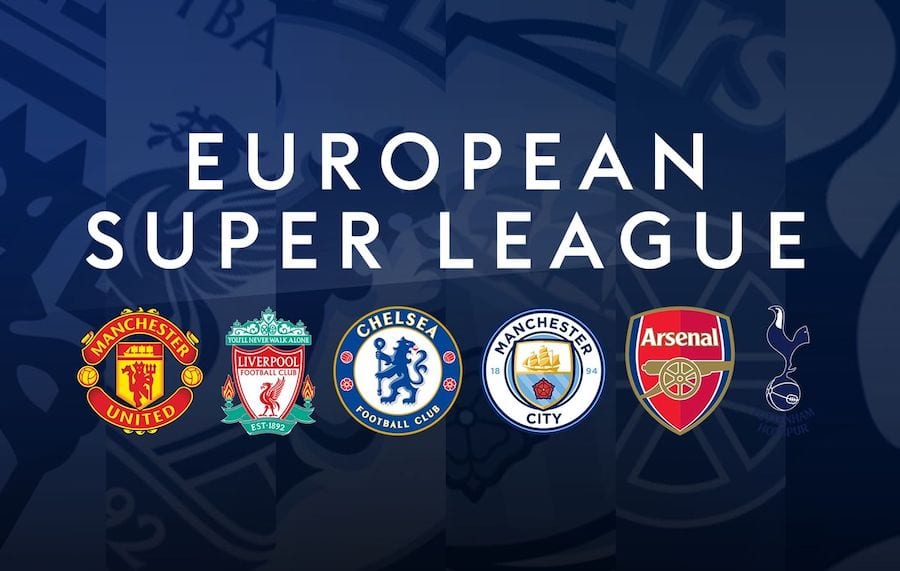 The world of football was rocked on Sunday when it was announced that 12 football clubs are breaking away to form a new European Super League that’s set to rival, and hope to eventually replace, the Champions League.
The European Super League has been greeted with some pretty strong emotion. Primarily, there is outrage mixed with disgust at what many are seeing as a ploy to make money, which, like any business venture, it is.
The new Super League clubs are defending themselves saying that “the formation of the Super League comes at a time when the global pandemic has accelerated the instability in the existing European football economic model. Further, for a number of years, the Founding Clubs have had the objective of improving the quality and intensity of existing European competitions throughout each season, and of creating a format for top clubs and players to compete on a regular basis.
“The pandemic has shown that a strategic vision and a sustainable commercial approach are required to enhance value and support for the benefit of the entire European football pyramid.”
The 12 founding member clubs include six English Premier League teams Manchester United, Manchester City, Liverpool, Arsenal, Chelsea and Tottenham, plus AC Milan, Atletico Madrid, Barcelona, Inter Milan, Juventus and Real Madrid.
Notably missing are French champions Paris Saint-Germain and German heavyweights Borussia Dortmund and Bayern Munich, who have so far decided against joining.
The timing of the announcement came just hours before the Union of European Football Associations (UEFA) was set to discuss reforms in the Champions League. The proposed reforms were going to be an attempt to compromise with the clubs offering them more matches per season. They were to begin in 2024, expanding the Champions League to 36 teams and adding a full 100 matches to the format, going from 125 to 225.
The reorganisations were meant to be an olive branch to many of the now-break-away teams.
UEFA has since lashed back in an official statement that read, “The clubs concerned will be banned from playing in any other domestic competition, European or international level, and the players could be denied the opportunity to represent their national teams.”
As the news trickled out, other clubs slowly began to express their opinions, including AS Monaco, who have a shot at returning to the Champions League next season.
“This news of the creation of the Super League surprises us a lot. At the moment, we are focusing on the championship and the building of the club,” said Oleg Petrov, AS Monaco’s Vice-President, rather lukewarmly of the news when speaking to RMC Sport.