Super-sub Volland to the rescue

Super-sub Volland to the rescue 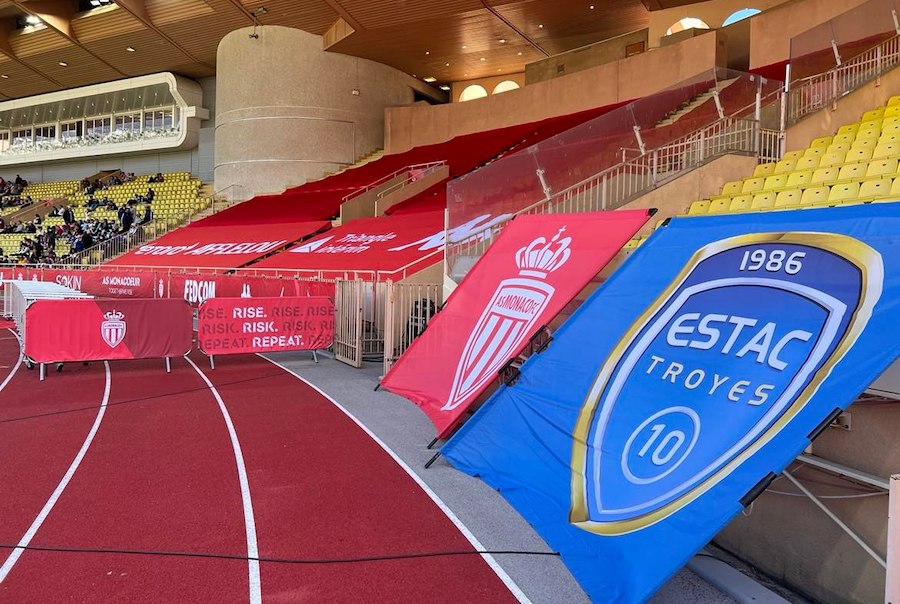 AS Monaco had to dig deep to ensure the three points against a stubborn Troyes side on Sunday. Kevin Volland’s goal, converted seconds after coming off the bench, was the difference (2-1).

The win is Monaco’s third on-the-bounce in Ligue 1, the first time they have managed to put together such a run in the league since late September/ early October. The Principality side are hitting their stride at just the right time, the result solidifying their sixth place in the league, with games against fellow European chasers Rennes and Nice up next.

Just like last week in a very similar 2-1 victory against Metz, Philippe Clement’s substitutes made the difference. The Belgian manager praised the side’s strength in depth. “I’m happy as well that in the last two weeks, the substitutes are giving something extra to the team. You see that the group/ selection is bigger and bigger compared to the last months.”

Last week it was Myron Boadu, who started this Sunday against Troyes, but failed to impress. This week, it was Boadu’s substitute Volland who was Monaco’s saviour, scoring under a minute after coming on, and with his first touch of the ball.

Prior to the match winning moment, Troyes had successfully frustrated Monaco, limiting their chances, although conceding the lion’s share of possession and territory. Clement’s side took the lead mid-way through the first-half. A curling Caio Henrique free-kick deceived the Troyes goalkeeper, and couldn’t scramble back across his goal in time to prevent the opening goal of the match.

Troyes, however, are on a five-game unbeaten run, and with confidence running high, they dragged themselves back into the match, although the equaliser came completely out of the blue. Former Chelsea youth player, Ike Ugbo, with few options took on an optimistic effort from outside the box, on the turn. Alexander Nubel was left helpless in the Monaco goal, as the ball clipped the inside of the post on the way in.

In a game of few chances, efficiency in-front of goal would be critical, and Volland’s sharpness off the bench would decide it. Aleksandr Golovin, who is continuously improving following his return from injury, floated the cross into the German striker, who controlled before rifling in a half-volley off the underside of the crossbar.

Wissam Ben Yedder could have doubled the lead, but lost control of the ball in his attempt to round the keeper. That miss was ultimately inconsequential as Monaco registered another important win.

Post-match, Clement praised match-winner Volland. Asked by Monaco Life if his contribution could be key in the run-in until the end of the season, he responded, “Certainly! He has already proven his qualities over a number of years. For me, he is also as lively as I have seen him since our time together. As I said last week, he has had that issue with his ankle, but that is better now and I hope it remains that way.”

With a confident, in-form and ever-enlarging squad, Monaco are in good shape as they come into the crunch fixtures against Rennes and Nice, upon which the destiny of their season rests. 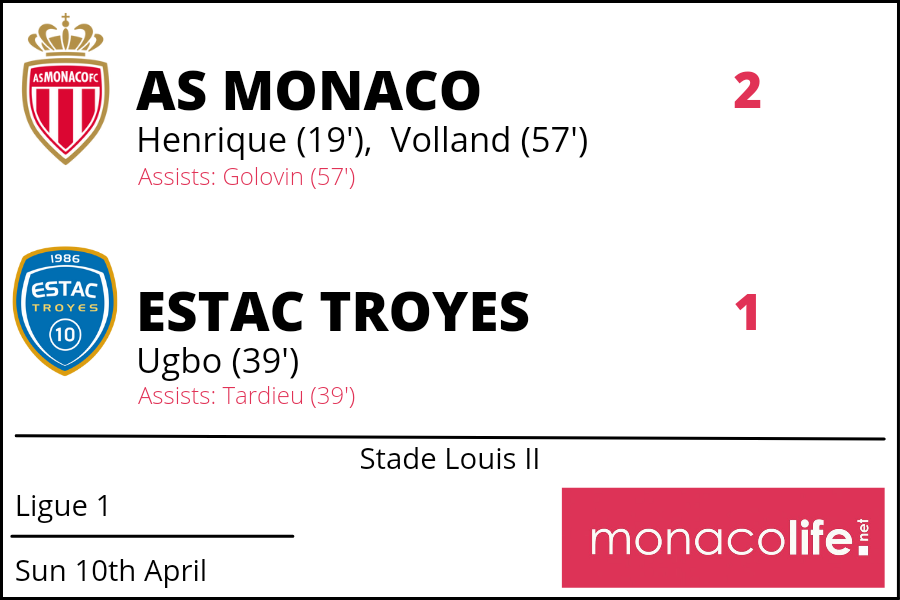