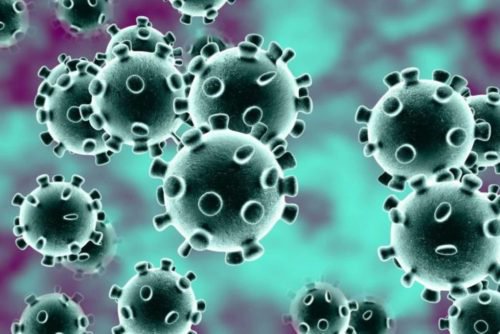 Tests will confirm today whether two people reportedly admitted to the Princess Grace Hospital on Monday are infected with the potentially deadly coronavirus.
Monaco Matin reported late Monday evening that the two female patients, one from Italy, were taken to the CHPG on Monday and tests were sent to Marseille.
The department of health is yet to confirm the suspected cases.
The French Riviera and Monaco have been mobilised to prepare for the arrival of the coronavirus following an outbreak in neighbouring Italy on the weekend. Two other suspected cases, involving residents from Beausoleil and Cap d’Ail, were cleared of the virus on Monday morning. One had just returned from Lombardy, the hotspot of the European outbreak.
Just minutes after the Prefecture of the Alpes-Maritimes, the Nice University Hospital and the Regional Health Agency enacted their health action plan for the region on Monday morning, tests showed that two suspected local cases of the coronavirus were negative. A third patient had been discharged Sunday evening.
It means that at the time of publication, there are no confirmed cases of coronavirus in the Alpes-Maritimes or Monaco.
On the other side of the border however, the situation is more concerning. Five people have died and close to 200 have been infected – by far the largest outbreak in Europe.

In a letter to the Minister of State, shared publicly by the Mairie of Monaco on Monday, National Council President Stéphane Valerie urged immediate action from the Prince’s Government.
“The situation linked to the development of the Coronavirus (Covid-19), especially in the nearby Italian regions, is likely to cause great concern among Monegasques and residents,” writes Mr Valeri. “This emotion is understandable. Our geographical proximity to Italy, but also the daily flows of Italian workers to the Principality, as well as the very international character of our residents who also make many journeys, raises fears of a marked increase in concern in the coming hours.”
Mr Valeri continued: “All preventative measures to participate in the containment of the spread of the virus must be taken amid a high level of detection and possible management with the mobilisation of all the necessary means, in particular the Princess Grace Hospital.”
The Monaco government issued a statement Monday afternoon, confirming that no cases of the virus had been detected in the Principality and that an emergency system was put in place at the Princess Grace Hospital Centre at the end of January. It also said that health authorities were monitoring the situation and that government authorities would continue to update the community on any developments.

The Prefect of the Alpes-Maritimes, Bernard Gonzalez, says there is no plan to close the border between France and Italy “for now”.
“It doesn’t make much sense,” added Jérôme Salomon, France’s Director General of Health. “Not to mention that you can travel by land, sea and air, or go through Italy and Austria.”
However, there is the possibility that authorities will use thermal scanners at the border, like those already in use at Italy’s airports. Similar checks are being considered at train stations.

Carnivals to go ahead

An influx of visitors to the region for the Nice Carnival and the Menton Lemon Festival has raised the question of whether these large public gatherings should continue amid the outbreak in neighbouring Italy. At this stage, the prefecture says the events will not be cancelled.

The CHU Nice will be one of 108 hospitals in France capable of detecting Covid-19, with an infectious disease specialist available 24 hours a day. Suspected patients will be taken to the Archet 2 hospital where samples will be taken and tested. A dedicated unit is being set up within the CHU to treat patients who test positive.
Health professionals and transport staff will also be briefed on how to monitor the situation daily and deal with a possible health crisis.
France’s Health Minister Olivier Véran said: “I have called the head of the University Hospital Institute of Infectious Diseases in Marseille, it is able to perform 1,000 tests per day in the area of Marseille alone. We are going to be able to amplify the screening to be able to answer all the requests at that scale across France.”

More than 50,000 people remain in lock down across 11 towns in Lombardy and Veneto, 370 kilometres north-east of Monaco. The famed Venice Carnival was cut short and some Milan Fashion Week runway shows were cancelled. Schools and sporting events have been cancelled, and people have been asked to avoid all private and public gatherings.
Italian authorities say there will be fines for anyone caught entering or leaving outbreak areas without special permission, but local television footage showed few roadblocks around the affected cities on Sunday. Italian Prime Minister Giuseppe Conte said checkpoints would be reinforced and the army sent in if necessary.
When asked if France could also enforce a lockdown in the case of a mass outbreak, France’s Director of Health Jérôme Salomon said it was “not impossible” and provisions are already in place for such measures under France’s existing plans for pandemic flu.

France has had a total of 12 confirmed cases of coronavirus – one French healthworker, six people in Contamines-Montjoie and five people who had recently travelled from China. One of the patients, an 80-year-old Chinese tourist, died of the illness while the others all made a full recovery. All but one have now been released from hospital.
According to the World Health Organisation, more than 80% of patients infected with the virus have mild disease and recover, 14% have severe diseases such as pneumonia, and around 5% of cases are considered critical.

The rest of the world

The number of coronavirus cases are surging in Iran, where the confirmed death toll climbed to 12 on Monday – the highest number of fatalities for any country outside of China. South Korea has been placed on its highest alert level following a sharp jump in new cases. South Korea now has the most infections outside of China.
As of Monday evening, 2,629 people have died out of 79,744 coronavirus infections globally.
The World Health Organisation said Monday the outbreak remained an international emergency.
The UN agency declared the appearance of the new coronavirus a public health emergency of international concern on 30th January.

Anyone who believes they may have symptoms of the illness, which include cough, headache, fatigue, fever, aching and difficulty breathing, are asked to call an ambulance and tell the operator it is a suspected case of coronavirus.
France has set up a national coronavirus helpline: 0800 130 000.