Sustainability in yachting: “It will take time to change”

Sustainability in yachting: “It will take time to change” 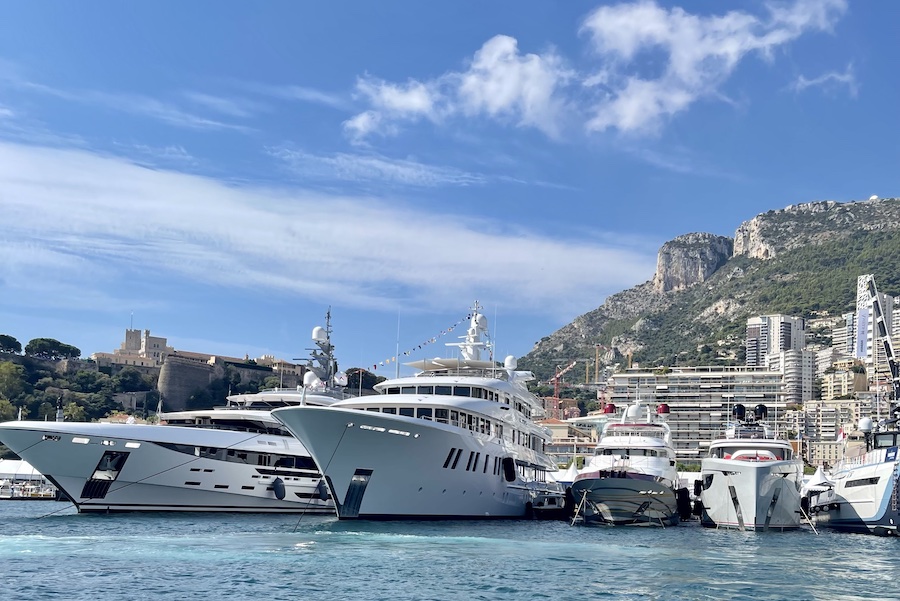 Many industries see the search for sustainable solutions as a primal goal, and the yachting industry is no different. But as we learned during Monaco Ocean Week, the rate of progress in yachting is trailing behind, often because prospective owners are holding back the tide of change.

On Thursday 24th March, at the Yacht Club of Monaco, ‘Sustainability and added value of a Zero Emission Goal’ was the theme of a discussion session centred on the upcoming Monaco Energy Boat Challenge.

Among those on the panel were Patrick Coote, Managing Director Europe of Northrop and Johnson, Marnix Hoekstra, Creative Director of yacht design studio Vripack, and Jeroen Droogsma, Innovation Manager of Vripack.

One thing upon which they were unmistakably unanimous was the importance of sustainability for the future of their industry. “Sustainability is, I think, at the forefront of everyone’s minds, in every industry, in every area, in every sector,” Coote told Monaco Life.

“It needs to be an integral part of whatever you do, including the yachting industry,” added Hoekstra.

The actions and aspirations of the yachting industry are therefore changing as a new agenda dominates the decision-making process.

For Droogsma, the framing of these changes is of primary importance. “I would not like to speak about cost, but about investment. It is necessary to change the world. Someone has to pay for it, and if we don’t do anything, in 50 years we will end up with the same boats that we have right now.”

Some within the industry, most importantly prospective owners, don’t share Droogsma’s mindset, consequently holding back the tide of change. “What I see that is a shame or a mismatch with that is the uptake. There is a definite lag between the pace of development and the introduction of sustainable solutions and the uptake and implementation of those solutions,” Coote began.

“Firstly, the status-quo is a very attractive way to keep things, because then people don’t have to change or adapt or get their head around a whole new way of doing things. Second is cost. Still, sustainable solutions, on the whole, are more expensive solutions than what we have today. I get it. When owners are doing a simple cost-benefit analysis, it’s understandable that a lot of them are thinking: Am I ready to change at all? And even if I am, does it make sense? Because I might want to be an innovator, I might want to show myself as a thought-leader, but I’m also pragmatic and I’m not going to throw a tonne of money at something that’s unproven, unreliable, untested,” Coote continued.

Consequently, the rate of progress in yachting is trailing behind that of other industries. Looking out onto Port Hercules from the deck of the Monaco Yacht Club, Droogsma’s attention was drawn towards not what has changed, but what has stayed the same. “We brought the solar energy race to Monaco five years ago, when the YCM was asking for a green event. At that time, we were already busy with solar panels and batteries, etc. If you look around now, there are still no boats with solar panels.”

Droogsma has therefore tempered his expectations, stating, “It will take time to change”.

There is an overriding sense that a societal shift is needed in order to facilitate a monumental shift.

“I think societal change is going to ultimately drive technological change,” says Coote. “I think, in the not-too-distant future, the idea that one family burns tens of thousands of litres of fossil fuel to go on holiday, to the detriment of the planet, will be viewed as completely unacceptable behaviour.”

Perhaps some of the more global elements that facilitate evolution are out of the hands of those effectuating change in the industry, but there certainly isn’t any passivity. As Hoekstra pointed out, educating owners is a key tool in bringing about a green revolution in the industry.

“The demand is there, but I also believe that you should, and can, create that demand. There is a lot of interest by owners, who would like to create a new yacht, but they aren’t always aware of what they can and should ask.” Vripack’s creative director continued, “If the owners could completely understand what is possible, and could ask for that, the push would be like a tsunami, it would be much larger. The awareness, and the growth of that awareness is helping the movement rapidly evolve.”

At the forefront of these efforts is Northrop and Johnson, which currently represents 10% of the sales market globally, and their actions that are quintessential in effectuating change. One of their strategies is facilitating discourse between relevant actors within both the yachting industry and in the environmental field. “We are trying to increase the level of engagement between ocean conservation NGOs, charities and yacht owners, so we are trying to act as a conduit for information and funds to flow between those two entities. I think bringing better awareness of ocean conservation work to yacht owners and yacht charterers is an important role that we can play,” said Coote.

He added, “We are doing our level best to nudge buyers in the right direction, or at least show them what is on offer. I would like to see a better take-up of those solutions, but we’re certainly doing our best.”

Many within the industry are therefore controlling the controllables, and although there is still a need for a stronger societal, economic impetus towards the adoption of green technology, here in Monaco, things are certainly heading in the right direction.

“If you look at meeting the clientele and having a ground base for the environment and electrification and solar power, it’s really due to the Prince, it being embedded in this community, in his government. It’s incredible,” says Hoekstra.

There is therefore a sense that the tide is turning, and it will have to, if yachting is to traverse these troubled waters and become a sustainable, greener industry.