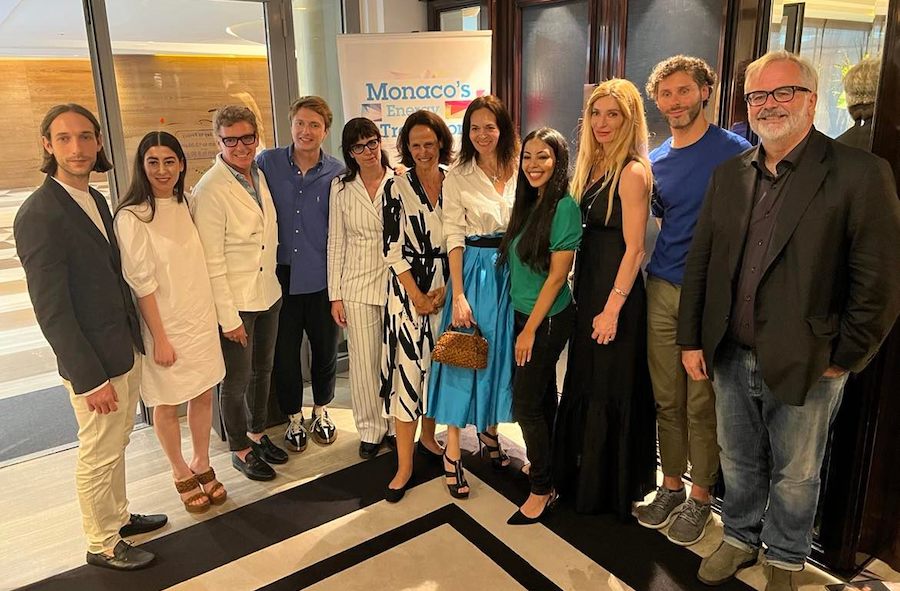 Local fashion brands Regenesi and Verabuccia were recognised for their work towards sustainability in the fashion industry during a conference at CREM, as part of Monte-Carlo Fashion Week.

Annabelle Jaeger-Seydoux, Monaco’s Director of the Mission for Energy Transition, began the conference on Wednesday, which tackled the issue of sustainability in the fashion industry, by outlining the Principality’s sustainability goals and objectives.

“The fashion industry is highly polluting,” Jaeger-Seydoux began. “This is an issue that we all want to tackle and it’s time that the industry changes. In Monaco, we have the goal of reducing greenhouse gas emissions by 55% by 2030, and to reach carbon neutrality by 2050.”

The fashion industry is also a key sector in allowing the Principality’s goals to be met. Guest speakers Matteo Ward and Claudio Betti began the conference by highlighting the issues that the industry must tackle. Matteo Ward revealed that over 70% of clothing is made of more than one fabric, thus rendering them unrecyclable.

“We don’t have the definitive solution,” added Claudio Betti, although the conference did allude to many different actions that will allow incremental progress towards solving the issues in the fashion industry.

Designer Ines Bensalah, creator of Inessa Creations Monaco and ambassador for the National Energy Transition Pact, spoke about the importance of sustainability, as did Alexis Giannotti, a local eco-friendly designer.

The conference therefore constituted an appreciation for the work being done by local designers, creators and leading industry figures, whilst the achievements of other, international sustainable brands were also recognised.

Verabuccia, an Italian company founded by Francesca Nori and Fabrizio Moiani, won the award for Sustainable Innovative Start-up with their products, which are made out of real pineapple peel waste.

Regensei also picked up an award for being a Circular Economy Pioneer. The Italian company gives discarded materials a new lease of life, by transforming them into designer goods such as bags.

The event was therefore important to recognise the work already being done by both local and international designers, whilst continuing to highlight the progress that must still be made.