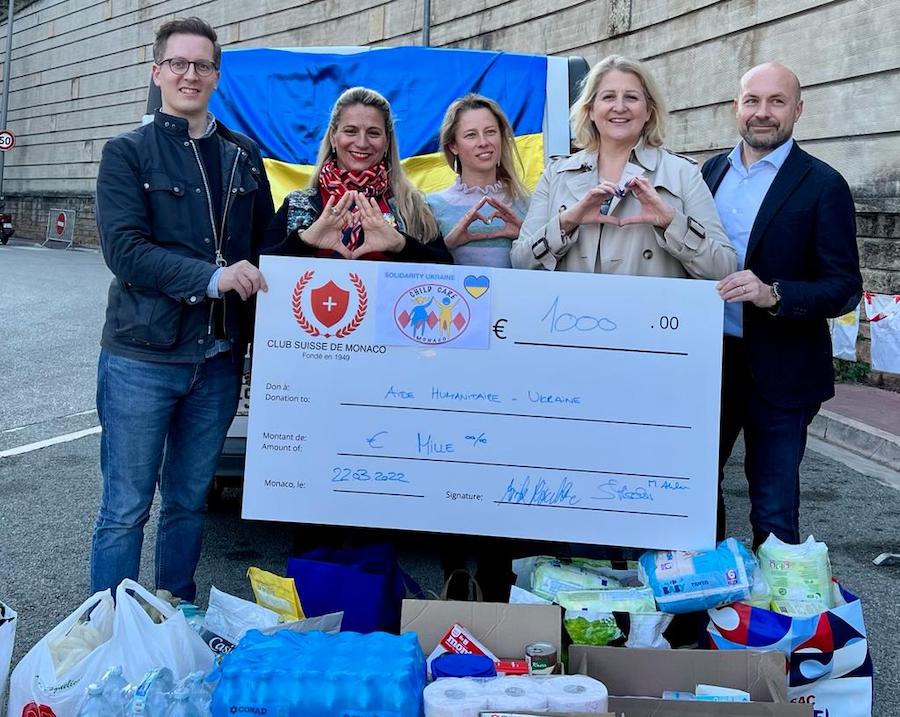 An event that looked at the geopolitical and economic consequences of the Ukrainian conflict was also able to raise a total of €3,000 in donations to go towards helping those in need from the war-torn nation.

In an even split, three Monegasque initiatives each received €1,000 from the Swiss Club of Monaco (Club Suisse de Monaco) from the donations given during a 17th March dinner and lecture. The funds will go directly to assist civilian victims on the ground in Ukraine.

The Swiss Club of Monaco, one of the oldest organisations in the Principality, held the event to talk about the impacts of the war on the country and the reverberations around the globe. 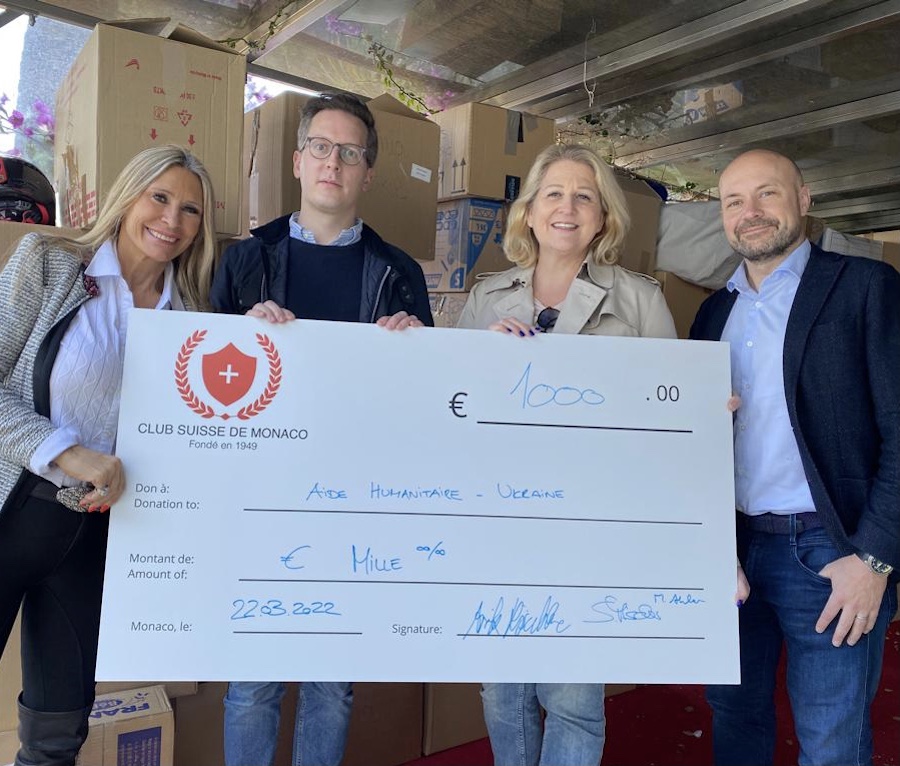 José Badia, President of the Foreign Relations Commission, was present as a representative of the Conseil National. In addition, several honorary consuls also accepted the invitation, including the Honorary Consul of Switzerland Urs Minder. The Austrian Consulate was also on hand to support the event.

An initiative by Gabriella Vogogna will see €1,000 going toward the purchase and transport of clothing, hygiene items, food and medicine to the Polish border town of Stalowa Wola. There, local Councellor Renata Butrym will dispense the items to the refugees. Additionally, some of the items, notably medical supplies, will cross back into Ukraine where there is short supply.

The plan organised by Martine Ackermann will see donations being used to procure medicine, hygiene articles and food for children. These will be taken directly to Chernivtsi in western Ukraine where they are distributed to hospitals and those on the ground. 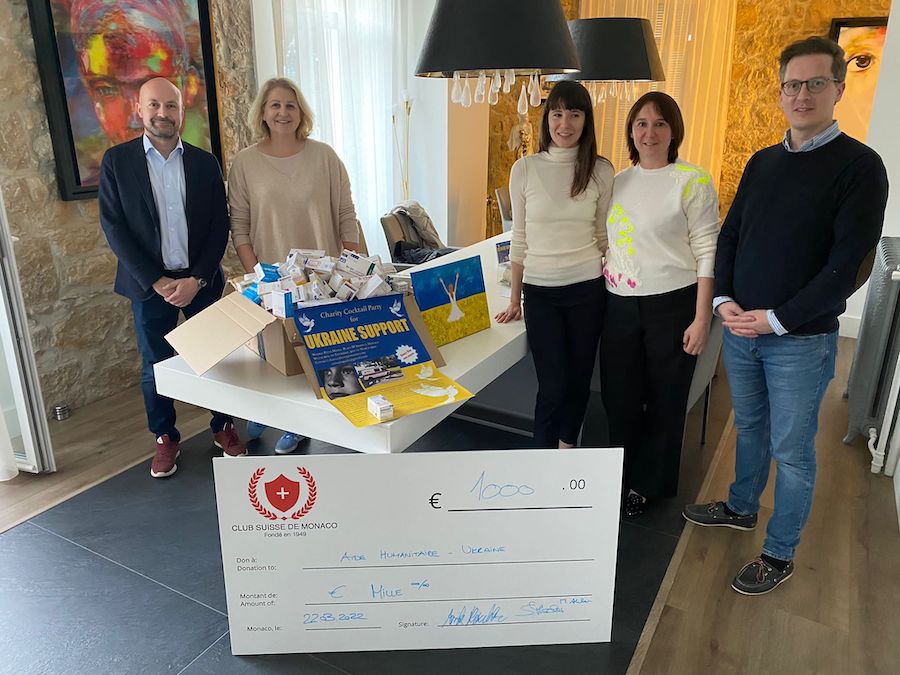 Finally, the last €1,000 slice, an initiative by Danuta Fürst and Anna Pogadz, is being used to buy medicine for the City Children’s Hospital number 5 in Kharkiv. Dr Piotr Juszczak and Dr Krystyna Masna will receive the medicine in Poland and distribute them where needed. Dr Peter Pokatylo will coordinate the transport to ensure the treatments arrive at the hospital.

The Swiss Club of Monaco has been around since 1949. It connects the Swiss, Monegasque and international communities for events throughout the year.