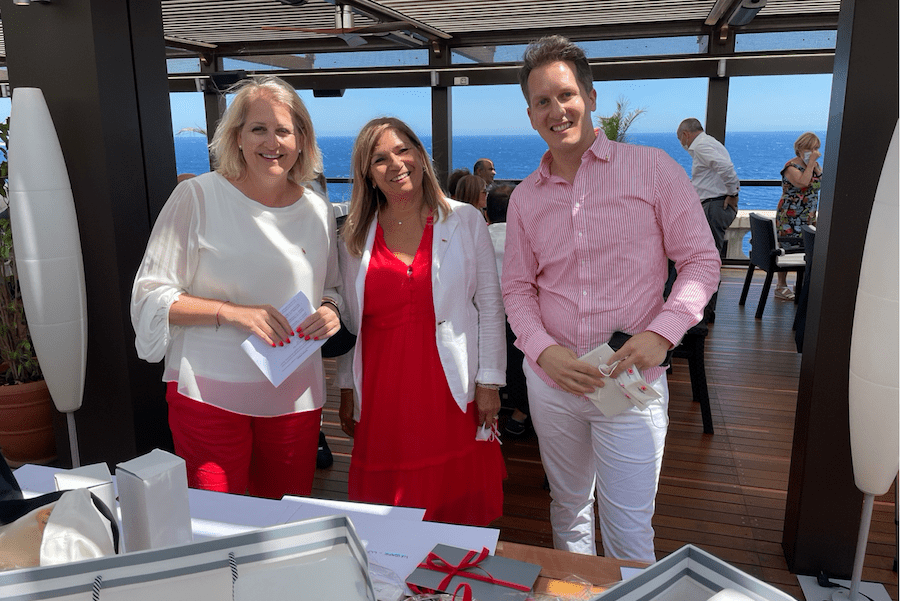 The Club Suisse de Monaco celebrated their national day in style on the Horizon Deck at the Fairmont Hotel over the weekend with food, games and laughter.

Swiss National Day was celebrated on Sunday 1st August by the Club Suisse de Monaco who treated themselves to a lunch on the Fairmont’s Horizon Deck followed by a tombola offering an amazing array of prizes, including hotel room vouchers, beauty treatments, massages and food vouchers.

Swiss National Day was first celebrated in 1891, though it has only been an official holiday since 1994. The date was inspired by the Federal Charter of 1291 when three cantons joined forces in an action that came to be seen as the founding of Switzerland. The celebrations are marked with fireworks, paper lantern parades, strings of Swiss flags and bonfires.

Monaco’s Swiss population are one of the oldest and most numerous ex-pat communities in the world.

During Sunday’s event, Corinne Bertani, member of the Monaco National Council of representative of the External Relations Commission, highlighted the importance of the Swiss community in Monaco and the relationship between the Principality and Switzerland. Additionally, President of the Club Suisse de Monaco, Dr. Arik Röschke, emphasized the similarities between Switzerland, the Club Suisse de Monaco and the Principality as whole, speaking of the “many different cultures, languages and generations in one place peacefully united.”

The Club Suisse de Monaco was founded in 1949 and is a social club that connects the local Monegasque, Swiss, and international communities, uniting them for events throughout the Principality.

In addition to celebrating Swiss National Day, the club organises several events each year, including a Christmas Gala, various talks and conferences, as well as outings such as concerts and trips.