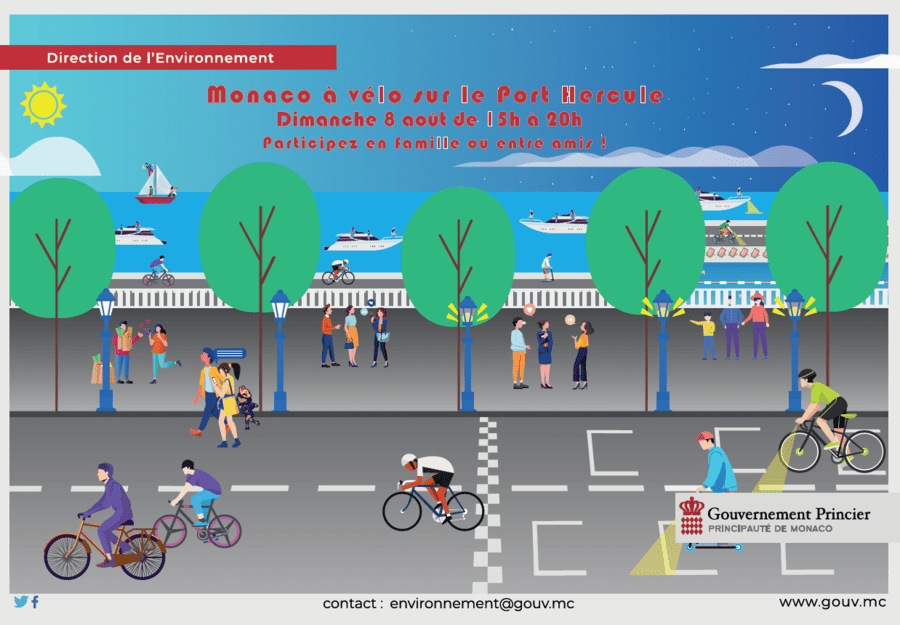 As part of the government’s efforts to promote alternative modes of transportation to cars and other polluting vehicles, they created the ‘Cycling Sunday’ event, which this year will be taking place on 8th August.

From 3pm to 8pm, the latest edition will take place on the lower part of the Grand Prix circuit. To that end, Blvd. Albert Ier, Avenue JF Kennedy and Route de la Piscine will be closed to all but non-motorised traffic.

The Department of Public Safety and the Monegasque Road Prevention Association will be on hand to help educate and raise awareness, including how to be safe and sane on the roads.

Workshops for kids learning how to ride a bike and information on how to properly share the road with other vehicles will be demonstrated by the Monaco Cyclist Union as well, and Monabike will make their bicycles available for free all afternoon. Additionally, bikes and electric scooters will be on site from local merchants for people to try out.

To round out the programme, there will be live entertainment on the Route de la Piscine opposite the Brasserie de Monaco.

To ensure everyone’s safety, helmet-wearing is recommended and for those under 18 years of age is compulsory.