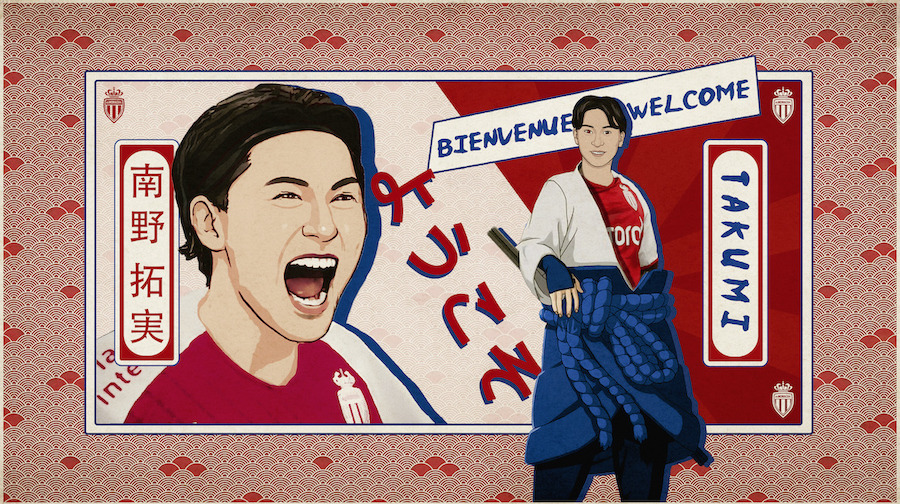 Takumi Minamino is Monaco’s first summer signing and follows the sale of Aurélien Tchouaméni for a reported €100 million. He joins the Principality club just over two years after joining Jürgen Klopp’s Liverpool. Since switching RB Salzburg for Merseyside, he has made only 55 appearances, 34 of those from the bench, and has scored 14 goals.

In a press release, Minamino said, “It is a huge joy for me to join AS Monaco. I am happy to join the project of this club, which has just finished on the podium in two consecutive seasons and is amongst one of the most famous clubs in an exciting league. I can’t wait to discover my new environment and do all I can to help the team.”

Minamino was in the Red Bull set-up at the same time as Monaco sporting director Paul Mitchell. The Englishman was in the scouting department at RB Leipzig, whilst Minamino was flourishing in the Austrian division.

“We are very happy and enthusiastic about the idea of welcoming Takumi to Monaco. He is a player we have known for many years, and who since his arrival in Europe hasn’t stopped accruing experience at the highest level, notably in European competitions and by winning titles,” said Mitchell.

He continued, “With his winning culture, his versatility on the pitch and his status as a key player for his national team, we are convinced that Takumi will contribute to the development of our young team and will help the group achieve its objectives. We are delighted that he decided to join our project and we welcome him!”

Minamino has been linked with a move to Monaco since January, and the move was confirmed by manager Philippe Clement on Saturday. It is unlikely that their summer spending will stop here. Mitchell told Monaco Life last week that the club was targeting a “defensive no.6 element,” whilst it had previously been stated that the club are looking to bring in between three to five players.

The club were also proactive in trimming their squad on Tuesday. Following the announcement of Minamino’s arrival on Le Rocher, centre-back Strahinja Pavlović was sold to Austrian champions RB Salzburg. The Serbian joins the side on a four-year deal for an undisclosed fee that is rumoured to be around €7m.

Pavlović only made 12 appearances for Monaco since joining from Partizan Belgrade in 2020 for a reported €10m. Since then, he has spent time on loan back in Partizan Belgrade, as well as at Club Brugge and more recently with FC Basel, where he made 10 appearances after joining in January.

Another loanee who won’t be returning to the club is Pietro Pellegri. The Italian, who joined for a reported €25m from Genoa back in 2018, joins Torino for an undisclosed fee. Pellegri had spent the second half of the season at the Serie A club having had his loan at AC Milan cut short.

During his loan spell, he made nine appearances and scored once. Torino had a buy-option of €7m inserted into the deal, but Mitchell revealed last week that negotiations over a fee were taking place, suggesting that the final price is lower than the aforementioned figure.

Pellegri has struggled during his time in the Principality. Injuries have severely restricted the young striker to just 23 appearances and he has scored only twice. The Italian international is now looking to get his once promising career back on track, although he will do so in pastures new.

Monaco’s transfer window is hotting-up as the club looks to trim the squad, whilst also adding some new, fresh elements ahead of the season, which will begin in early August.