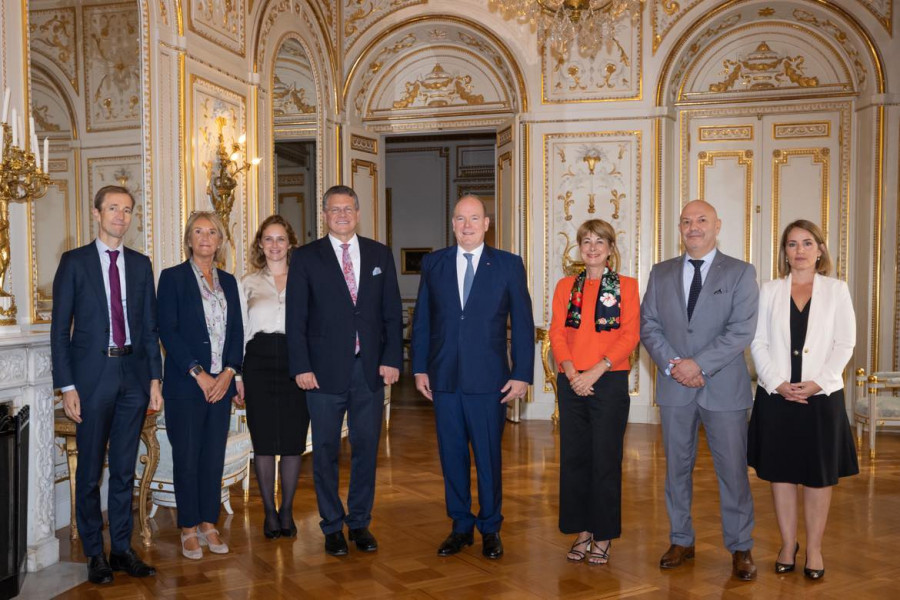 Whilst the European Commission has previously said that the intention of reaching an Association Agreement with Monaco isn’t likely before the end of 2023, a delegation has arrived in the Principality to accelerate negotiations.

On Tuesday 27th September, National Council President Stéphane Valeri, Vice-President Brigitte Boccone-Pagès and other ministers of the Conseil National received members of the European delegation at the Assembly. On the agenda was the acceleration of negotiations for an Association Agreement.

Talks over an agreement between Monaco, the EU and its member states were opened back in 2015. In August, the European Commission welcomed the Head of the Mision of the Principality of Monaco to the European Union, Frédéric Labarrere. The government said that, during a meeting with the commission’s president Ursula von der Leyen, the pair spoke of “positive momentum and constructive spirit currently prevailing in the context of negotiations for the signing of an Association Agreement.”

Tuesday’s meeting with the Conseil National was also about setting “red lines”. These clearly demaracted stances, which have remained unchanged since 2018, and include the maintaining of the national interest in all domains, exclusive access to Monégasuqes in certain regulated professions, and reserved access to nationals in state-owned accommodation.

The Council also re-affirmed that, “Only a treaty presenting more positives than negatives for the country and for Monégasques will be accepted.”

A day later, on Wednesday, Prince Albert II welcomed the Vice-President of the European Commission, Maros Sefcovic, to the Prince’s Palace. Mr Sefcovic, who is also responsible for relations with the UK and Switzerland, is working on the Association Agreement between Monaco and the EU.

During his visit, he spoke with state authorities about the ongoing negotiations, whilst also discussing the specificities of the Principality in many domains, including its geographic, social, economic and environmental dimensions.

Negotiations between the two entities, which of course share a border, are accelerating after having fallen by the wayside during the Covid pandemic. According to the government, the main aim of the negotiations is to enable the country’s economic stakeholders to be a part of the European internal market. The Agreement would also provide the benefit of lasting legal and political framework for relations between Monaco, the EU and its member states.