Talks underway for Mike Tyson to box in Monaco

Talks underway for Mike Tyson to box in Monaco 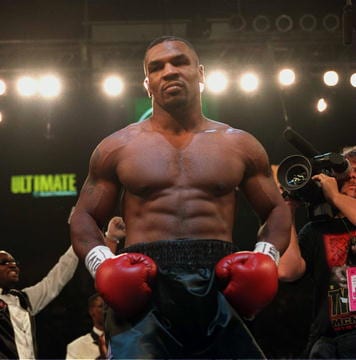 Boxing legend “Iron Mike” Tyson has been in talks with Laurent Puons, President of the Monaco Boxing Federation, since last November. Now, what started as an off-the-cuff idea may actually become a reality.

Mike Tyson officially retired from the ring 16 years ago, but after an exhibition match last November that saw the 54-year-old boxer go head to head for a full eight rounds against Roy Jones Jr, it was apparent he still had a lot of fight left in him.

This is when the map-cap idea between Tyson’s people and Laurent Puons, President of the Monaco Boxing Federation, was hatched. After months of negotiation, a fight featuring the one-time heavyweight champ in Monaco may actually become a reality.

“There is a real desire of the Tyson clan to come to Monaco. I have them on the phone once or twice a week for the progress of the deal. To date, nothing has been signed. It is necessary that we come to an agreement,” Puons told the Var Matin.

Negotiations are slow and some of this has to do with how such a spectacle would be financed.

“I was clear with the promoter: it is out of the question that this event costs the Principality and the Société des Bains de Mer. The fight must be self-financed via pay-per-view. The fight in November against Roy Jones Jr brought in 70 to 75 million dollars,” he went on to explain.

Another issue on the table includes the time difference between the United States and the Principality. In order for the event to be viewed by as many people as possible, the US audience must be taken into consideration, and therefore the hour of the match is extremely relevant.

There is also a question of who Iron Mike would go up against. At one point, it was bandied about that he could fight Evander Holyfield, Tyson’s great rival from his heyday and the man who put Tyson firmly on the map when he bit Holyfield’s ear, drawing blood, in a 1997 match. But this option has been ruled out.

As a result, the event is conditional on finding solutions that satisfy all partners.

Tyson was the undisputed world heavyweight champion from 1987 to 1990 and was the youngest ever to hold the title at 20 years, four months and 22 days old. He won his first 19 fights by knock-out, 12 of them in the first round.

Photo of Mike Tyson in 2012 by Abelito Roldan on Flickr