Tchouaméni nets against former side in comfortable victory

Tchouaméni nets against former side in comfortable victory 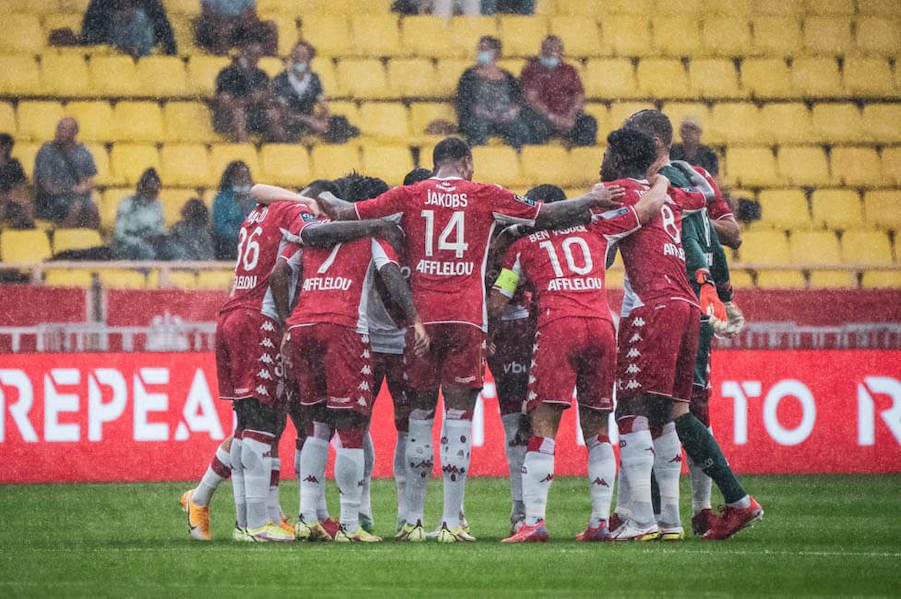 An eye-catching Aurélien Tchouaméni display helped a dominant AS Monaco to a comfortable victory against Girondins de Bordeaux at a rain-drenched Stade Louis II. Tchouaméni, facing his former side, scored the first of three goals for Nico Kovac’s side, as ASM also registered their first clean sheet of the Ligue 1 season.
Despite a youthful Monaco side earning a well-earned draw against Real Sociedad mid-week, Kovac unsurprisingly recalled many of his more senior stars on Sunday as ASM looked to go into the upcoming international break on a high.
Amongst those recalled was Maripan, who was forced into action early on as he positioned himself perfectly to make a vital goal-line clearance from Pembele, with Nübel well beaten.
Minutes later, it was Monaco who threatened but once again to no avail. Tchouaméni lofted a tantalising ball from half-way inside the Bordeaux half, which found Volland who duly converted. The linesman however adjudged the recalled German striker to be marginally offside, and the goal was chalked off.
Volland’s disallowed goal was a warning that Bordeaux did not heed, as moments later Tchouaméni opened the scoring against his former employers, sweeping in a Golovin free-kick.
For all of ASM’s possession in the first-half, they rarely threatened the Bordeaux goal. However, with the rain dissipating as the sides came out for the second-half, Monaco didn’t take long to convert their dominance into clear-cut chances.
Just two minutes after the break, Golovin marked his 100th appearance for Monaco with a goal to remember. Tchouaméni was once again influential, beating the press with a powerful run and laying it off to Ben Yedder who, in turn, played in Golovin to dink past the helpless Costil in goal.
Tchouaméni once again went close with a sumptuous strike that rattled the bar before Volland had another goal disallowed for offside.
Ben Yedder rounded off the scoring in the 64th minute, converting a penalty after Diop was felled in the box by Mexer’s outstretched leg.
Having secured the three points midway through the second-half, Monaco also managed to register their first clean sheet of the season, having failed in their previous eight attempts.
Post-match, Kovac was delighted with how his side imposed themselves and called for more of the same after the international break. “We had control over this match from the beginning until the end, so again, I hope we can once more show this level after the international break,” he said.
Kovac was also generous in his praise for Tchouaméni stating that, “He is becoming a real leader in this team, as he showed today in the midfield.”
AS Monaco next travel to Lyon after the international break in what promises to be a fascinating, closely-contested encounter.