Teaching the value of organic gardens

Teaching the value of organic gardens 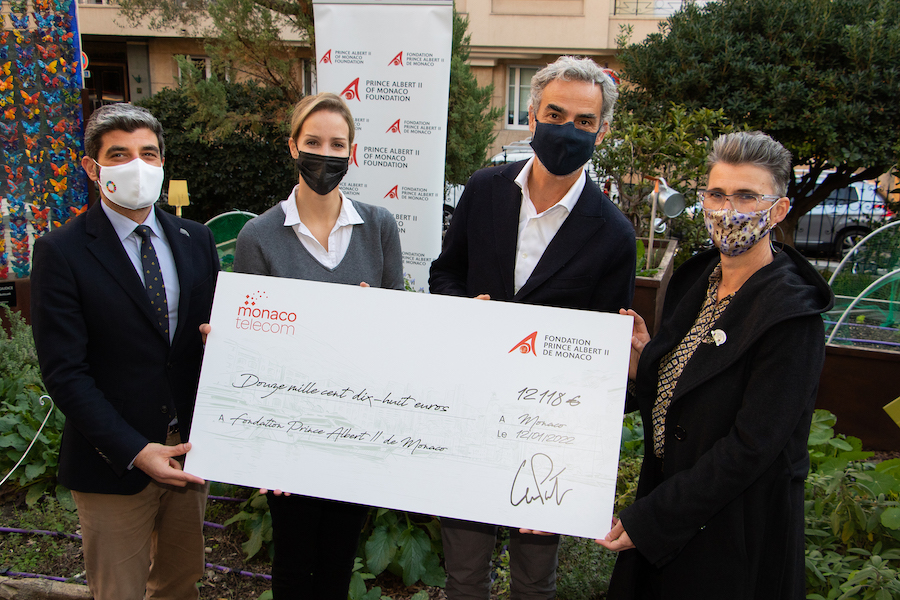 Monaco Telecom has renewed its support of an initiative with the Prince’s Foundation and Terrae to establish organic vegetable gardens in the Principality’s schools.

For the third year, Monaco Telecom is co-funding the project, this year donating €12,118, a direct result of savings the company incurred over the last year by eliminating paper invoices to customers and going digital.

Martin Peronnet, Managing Director of Monaco Telecom, handed over the cheque to the Foundation’s Vice-President and Managing Director Olivier Wenden, as well as Cécile Mouly, Head of Educational and Extracurricular Projects at the Department of National Education, Youth and Sports (DENJS) and Jessica Sbaraglia, Founder of Terrae.

“For the third year, we are continuing our support for the Prince Albert II of Monaco Foundation by donating all the sums collected for printing paper invoices. I am delighted that this year our commitment is materialised by a project anchored in Monaco and dedicated to educational action aimed at the youngest,” said Peronnet in his speech.

“We are delighted that Monaco Telecom has chosen to support this project, which is not only about education for healthier food, but also about a desire to establish a new relationship with nature from an early age,” said Olivier Wenden. “We thank them for getting involved with us to promote sustainable development through concrete actions.”

This year’s donation will directly affect the École des Révoires, which will benefit from a new garden “very soon”. The garden will be installed on the roof of the school and will be one of the largest, as it will be divided into large terraces.

The ttransversal pedagogy method will be employed so older students who learnt from the Terrae team will in turn pass on their knowledge to the younger pupils.

Jessica Sbaraglia sees this intergenerational step as hugely important, saying, “A vegetable garden in a school is an ecological echo. It educates children of all ages who leave with their tomato plant, which will pass into the hands of the parents, then will be planted in the grandparents’ garden, but which, in the end, will be eaten by the children.”

As for the children, they will have the opportunity to really get their hands dirty, interact with nature and discover where it is that the food in the supermarket actually comes from. An education on healthy, balanced eating and food choices will also be part of the programme.