Team Ferrari is back

Team Ferrari is back 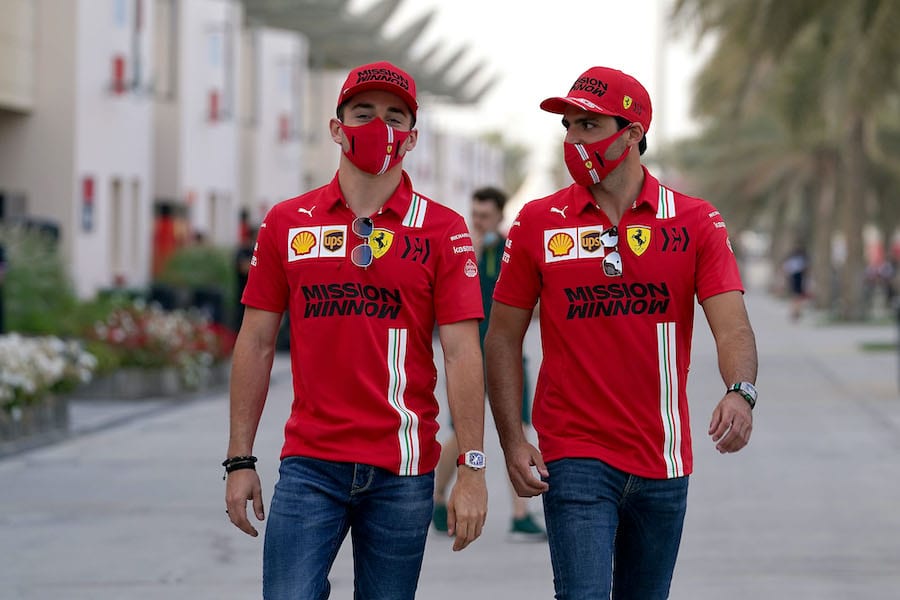 After a shockingly dismal season last year, Charles Leclerc’s Scuderia Ferrari team is starting to hit their stride again with a new team member and a redesigned car.
Charles Leclerc and Carlos Sainz started this season off right at the Bahrain Grand Prix with sixth and eighth place finishes respectively, giving hope that last year’s slump was simply a blip on the radar.
Despite achieving a very respectable sixth, Leclerc said he struggled at the weekend so his fourth-place qualifier followed by the strong finish surprised even him.
“In FP2, FP3 I have been struggling with the car and overdriving a little bit, not driving very well in general,” Leclerc told Sky Sports 1. “I knew inside I could do a good lap but until you do it you never really know if you can. Then arrived qualification and the feeling was good from the beginning. I built up the pace and managed to do that lap in Q3 which I am very happy with.”


After the car troubles of last year, Scuderia Ferrari’s new design seems to suit both Leclerc and Sainz, with Leclerc saying how content he was with the results.
“It’s been a good race overall,” he told reporters. “We were lacking a little bit of pace in general compared to Lando (Norris) but otherwise it’s been quite a good race, and especially a good progress compared to last year, which is what I want to keep in mind for this race. It’s only a sixth place, but compared to last year, it’s a good result, so I’m really looking forward to the next races now.”
Sainz’s maiden race with his new team and eighth place finish was exactly what he anticipated. The Spanish driver said his slow start had been a deliberate decision to get accustomed to the new car.
“It’s pretty good, especially because, all things considered, I had a very strong end to the race,” said Sainz. “I was very quick on the medium and the hard tyres. I had a poor start, basically due to a couple of mistakes, but also me consciously taking it maybe a bit too easy in lap one, just wanting to make sure I made it through that lap and making sure I was getting to know the car in dirty air conditions.
“It’s a completely new experience, completely new car, so I wanted to take it easy and wanted to make sure I did the whole race. Then once I got myself into clean air, honestly I was very quick. So, I’m not going to complain, I’m going to take it as a learning curve and keep improving.”
The Bahrain Grand Prix was won by world champion Lewis Hamilton. Max Verstappen and Valteri Bottas rounded out the podium. The next race will be the Emilia Romangna Grand Prix in Imola, Italy on 18th April.