Teams pulling out the stops for Monaco GP

Teams pulling out the stops for Monaco GP 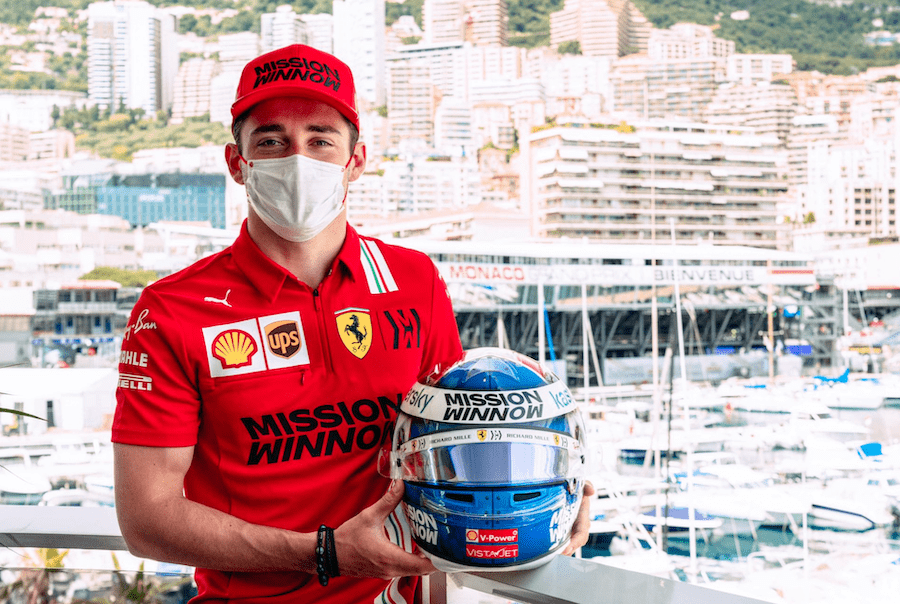 Several Formula One teams including Charles Leclerc’s Ferrari have created special helmets for this year’s Monaco Grand Prix, and one team, McLaren, has even revealed a whole new look for their cars as well.

To celebrate the legendary Monaco Grand Prix, a whole host of drivers have unveiled specially-designed helmets for the event.

Charles Leclerc is celebrating racing on his home turf with a special tribute helmet to the only Monegasque to have won the Monaco Grand Prix, Louis Chiron, who did so back in 1931 racing for Bugatti.

The design has a blue base with some red and white accents, and Chiron’s signature emblazoned on the top, along with the words “Monaco Grand Prix Winner 1931”.

“The first and so far only Monegasque to win the Monaco GP. Bringing a part of Louis Chiron back on track,” Charles Leclerc wrote on his twitter post.

William’s Racing is celebrating their 750th Formula One race and, in honour of that, Nicholas Latifi and George Russell will both be wearing helmets to that effect. They are both adhering to their usual blue and white palette, but Latifi has opted to add wreaths signifying each Constructors’ Championship the team has won, whilst Russell includes photos of cars from the team’s past.

The biggest make-over comes from McLaren, who not only have changed up their helmets but their cars as well, sporting a retro look using fuel sponsor Gulf Oil’s blue and orange colour scheme. This one-off change represents a return to the Monaco Grand Prix after that cancelled year, as well as marking the renewed partnership between McLaren and Gulf in 2020, which had first been established in the 1960’s.

Catch the on-track action live by following on the McLaren App and #TEAMStream.

Lando Norris and Daniel Ricciardo will both be sporting helmets using the theme, and even their masks are Gulf orange. The cars are white and feature orange striping up the middle and along the wings with blue touches. Norris’s helmet is light blue with orange striping and has some seriously vintage flair with goggles and a leather strap painted on. Ricciardo went for a papaya coloured base and throwback black numbers on a white circular backdrop.