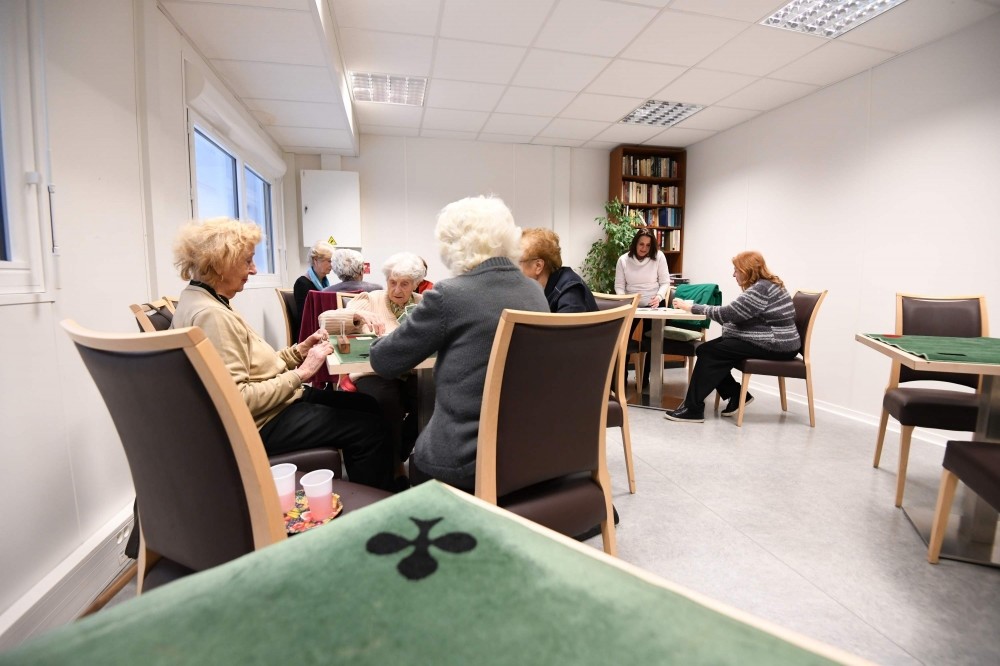 After having welcomed its members for more than 35 years at 5, avenue President JF Kennedy, the Club le Temps de Vivre has just moved.

Due to the future demolition of the Kennedy Avenue building and pending its final move to the Saint Devote Hostel in Monaco-Ville, the Club, reserved for retired residents of the Principality, which has 195 members of 57 at the age of 96, took up his new quarters at the beginning of January in temporary premises at 4, boulevard Charles III, in place of the former municipal workshops.

The members of the Club have already been able to appropriate these premises specially designed for them. For now, three rooms are available for physical activities (yoga / soft gymnastics, balance, tai chi …), creative workshops or games.

The large room on the ground floor, for receptions and parties, is under development. Once the works are completed, at the end of the second quarter of 2019, there will be 390m² on two levels that will await Club members. Or a larger area than the old premises.

On the practical side, a bus stop of the Compagnie des Autobus de Monaco is located in the immediate vicinity of the premises and the mini-bus of the Social Action Service remains at the disposal of the members to drive them free of charge between their home and this new address .

On December 6th, the Mayor Georges Marsan and Claude Bollati, Communal Councillor delegated to the Club le Temps de Vivre, accompanied by Isabelle Cellario, Head of the Social Action Service of the Town Hall, wanted to meet the members during a festive tea party symbolically organised on the last day of the Club’s opening at its premises at Quai Kennedy.