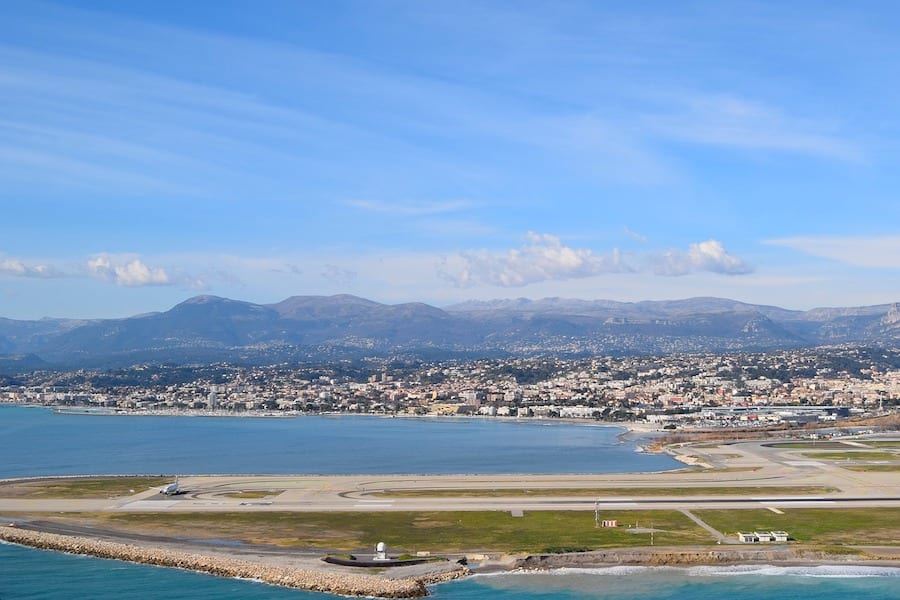 Nice Côte d’Azur Airport is temporarily reopening Terminal 1 to accommodate passengers coming in from higher risk zones.
Perhaps it’s a harbinger of better things to come as Nice Côte d’Azur Airport makes the announcement of the reopening, albeit temporarily, of Terminal 1 between 21st July and 7th September.
The decision comes just as the European Union launches health passes allowing freer movement between member state countries, and the airport will continue to use Terminal 2 for most of these flights. Terminal 1 will, alternatively, be used as an area for certain international flights, namely those coming from or going to places that are subject to stricter controls. The use of this terminal will streamline operations there and take pressure off Terminal 2.
“Since the beginning of the pandemic, all of our airport partners have consistently demonstrated flexibility, agility, and adaptability, if not anticipation, to protect the health and also the comfort of our passengers. This reopening is part of this approach and will last as long as necessary,” said Franck Goldnadel, Chairman of the Board of Aéroports de la Côte d’Azur.
Terminal 1 passengers will benefit from the reopening of several shops, as well as food and drink outlets.
The Terminal reopening also roughly coincides with the return of long-haul flights coming into France’s third busiest airport. On 2nd July, an Emirates flight coming from Dubai landed at the airport, the first of many scheduled over the summer months.
This simple act of a flight landing from outside the EU has raised spirits for travellers and employees, who see it as the first steps in a resumption of normalcy. It was quickly followed on 3rd July by the first flight coming in from New York City.
“Our destination Côte d’Azur France is once again directly linked to the American continent,” said David Lisnard, President of the CRT Côte d’Azur France. ‘I am delighted with the resumption of this line and this first full inaugural flight is testimony to the unique links between the Côte d’Azur and the United States, at the end of this unprecedented crisis.”
Nice Côte d’Azur served up to 120 destinations pre-Covid. They will not come close to touching the kind of schedule they normally would run in summer, but they are expecting to handle over 1,000 flights per week. That’s roughly 400 less flights than usually would be found in the skies around the region for this time of year.
“We are around 55% of 2019 traffic,” says Franck Goldnadel. “This is mostly because we have almost 50% more traffic than last summer. It is good for the teams of the airport and to all economic players on the Côte d’Azur.”
The optimism is encouraging for sure, but it is still estimated that things will not go fully back to normal until 2023 or 2024. In the meantime, travellers, local merchants and airline workers can rejoice in the small victories and enjoy a far less restricted summer.