Testimonio II on schedule for completion

Testimonio II on schedule for completion 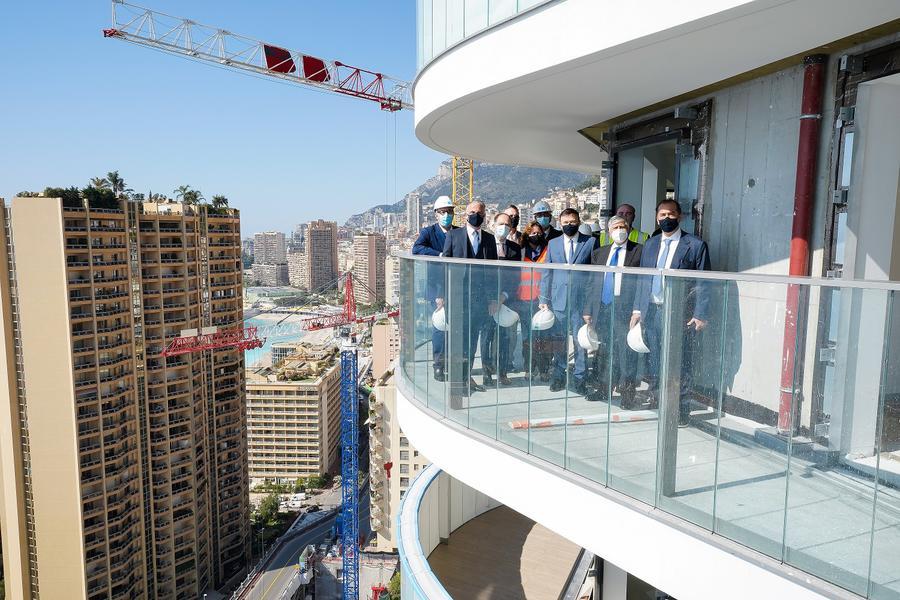 Government officials took time out on Tuesday to visit the site of the Testimonio II state housing project that is currently under construction, marking a major step forward in providing adequate state-sponsored housing for Monegasques and a new home for the International School of Monaco.

The officials had the opportunity to visit several model apartments, which range in size from two to five rooms and are all fully furnished with equipped kitchens to make them move-in ready.

The new apartment blocks will have a total of 348 state-owned units, with T2 housing 181 state-owned flats and T2 bis having 167. There will also be 59 private residences and five villas on the site. Additionally, there will be 1,100 public parking spaces, a creche with the capacity to look after 50 children manged by the Town Hall, and new premises for the International School of Monaco.

An automated pedestrian link between Boulevard d’Italie, Boulevard du Larvotto and Avenue Princesse Grace will also be installed as well as a public space at the foot of the two towers.