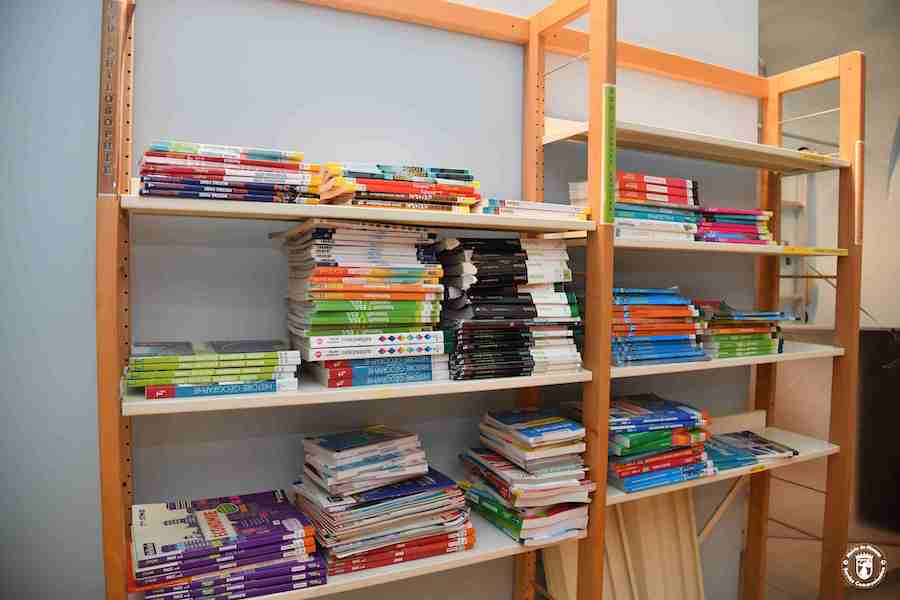 Much needed textbooks are headed to the North African country of Tunisia through the generosity of several Monegasque institutions.

Lycee Albert I, the Monaco City Council and the Monaco Durable Development Association (MC2D) have joined together to offer used textbooks to local operation Monaco-Tunisia Association as part of the Monaco Commits Against Waste (MEG) programme.

This will be the second year these entities have teamed up to offer books to the Tunisians, after the July 2019 book drive produced major results.

Lycee Albert I’s Documentation and Information Department emptied their libraries of books no longer used by the school, amounting to an astounding 35 shipping boxes containing 40 textbooks, each bound for Tunisia. The roughly 1,400 books will find their way to schools in the North African country as well as to the public library in the city of Kairoun.

The health crisis almost scuppered the efforts, but as dedicated teams from the Lycee, Monaco Logistique – the international transport company charged with getting the books on their way – and the Mairie banded together, they were able to put an action plan in place to ensure the textbooks were promptly on their way.

On Friday 10th July, the head of the Monaco-Tunisia Association, Leïla Chiha, came to the Town Hall to meet Marjorie Crovetto Harroch, Deputy Mayor in charge of the Living Environment and Sustainable Development, and Raoul Viora, President of MC2D.

The MC2D and the Mairie have been holding Monaco Commits Against Waste collections at the Espace Leo Ferre since December 2018 in an effort to combat waste and promote a circular economy. The textbooks are just a part of what the association recycles, holding drives for a variety of things such as used electronics, clothing or household appliances that might otherwise end up in landfills.