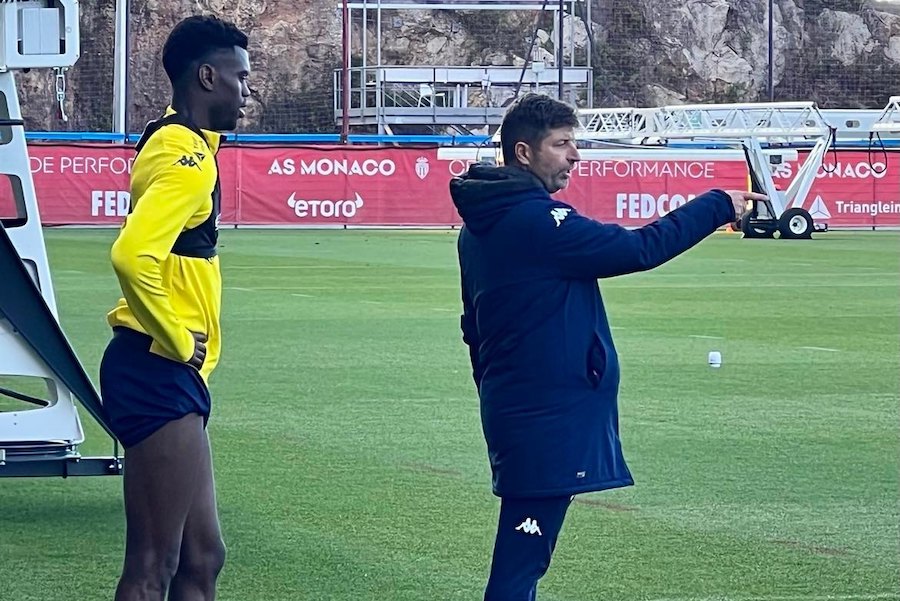 Whilst the Aurélien Tchouaméni transfer saga is reaching its dénouement, the rumour mill keeps on turning and a shortlist of replacements for the Frenchman is already being drawn up.

Although there is yet to be any confirmation from either club, Tchouaméni’s transfer to Real Madrid is all but sealed. Naturally, many names are already being linked with replacing the Spain-bound French midfielder. The sale has also gifted Monaco an enormous transfer budget, which, according to L’Équipe, could surpass that of PSG, as they look to recruit between three to five players. After the club’s late season revival, it is more a matter of evolution rather than revolution at the club.

Danilo – Linked by L’Équipe to AS Monaco. Palmeiras midfielder Danilo is reportedly on Paul Mitchell’s shortlist to replace Tchouaméni. Monaco technical director Laurence Stewart went to Brazil last month to scout the player, who has racked up over 100 appearances for the Brazilian side. Stewart also met with the player’s representatives. Monaco are eager to tap back into the Brazilian market after Vanderson’s success at the Principality club since his January arrival from Gremio.

However, finding an agreement with the club may prove difficult. Palmeiras are seemingly unwilling to part with the player before the January transfer window. The price for the player is already high. Since he just received his first call-up to the Brazilian national team, his price tag of €20m is set to rise further. Marseille, who could have a certain financial might this summer having qualified for the Champions League, are also interested, which could further increase an already sizable transfer fee.

Amadou Onana – Linked by L’Équipe to AS Monaco. Onana is not new to this list. Philippe Clement is a known admirer of the player, and even tried to sign him whilst he was at Club Brugge before he ultimately moved to Lille.

However, any move for the player could be complicated by other departures at current club Lille. Renato Sanches is reportedly on the brink of a move to Italian champions AC Milan, whilst Xeka has also left the club having run down his contract. Consequently, there is a lack of midfield options at the club, and they could therefore opt to retain Onana. Regardless, Monaco remain interested in the player.

Andrea Belotti – Linked by Gianluca Di Marzio to AS Monaco. Torino striker Belotti is set to become a free agent at the end of the month. The Italian international striker could therefore be a cheap option to reinforce Monaco’s attacking options, adding to their current arsenal of Wissam Ben Yedder, Kevin Volland and Myron Boadu. 28-year-old Belotti scored eight goals in 16 Serie A appearances last season.

Sékou Mara – Linked by Foot Mercato to AS Monaco. Another striker linked with the Principality club is Bordeaux’s Mara, who could need to be sold after the club were consigned to relegation to Ligue 2. Bordeaux, finding themselves in worrying financial difficulty, could sell between 16 and 18 players this summer, and although they hope to keep their promising France U20 international, there is the possibility that they will have to cash in.

Mara scored six goals last season in Ligue 1, including five in their final seven fixtures. Monaco are reportedly “seduced” by his profile, whilst Ligue 1 rivals Marseille and Montpellier as well as German sides Freiburg and Werder Bremen are also interested.

Pietro Pellegri – Linked by Gianluca Di Marzio to Torino. Pellegri has been on loan at the Serie A side since January, having spent the first half of the season at eventual champions AC Milan. In his time in Turin, he has played nine matches, scoring once. During the loan negotiations, a €6m purchase fee was agreed upon, but whilst Torino are now set to trigger that buy option, the sum is thought to be lower than the aforementioned fee. The Italian striker has struggled for form and fitness since arriving in the Principality from Genoa in 2018, and with just one year left on his contract, they are seemingly willing to let him go.

Benoît Badiashile – Linked by L’Équipe to Newcastle, Manchester United and Chelsea. Whilst one transfer saga has ended, another may be about to begin. Badiashile has previously been linked with Newcastle, Manchester United, West Ham United and Atletico Madrid, but there is a new interested party. Emboldened by their recent purchase by Todd Boehly, Chelsea are the latest name to be linked with Monaco’s French centre-back.

It is also reported that an unnamed Spanish side is “closely following” Badiashile’s situation. The Monaco academy product was the subject of interest from Newcastle United in January, and it was widely reported that the Tyneside club launched a bid thought to be in the region of €40m. Given the high levels of interest in the player, a bidding war could ensue, and Monaco could once again fetch a fair sum. However, with the departure of Tchouaméni, they could equally be looking to retain the defender, who is part of the essential spine of the side.