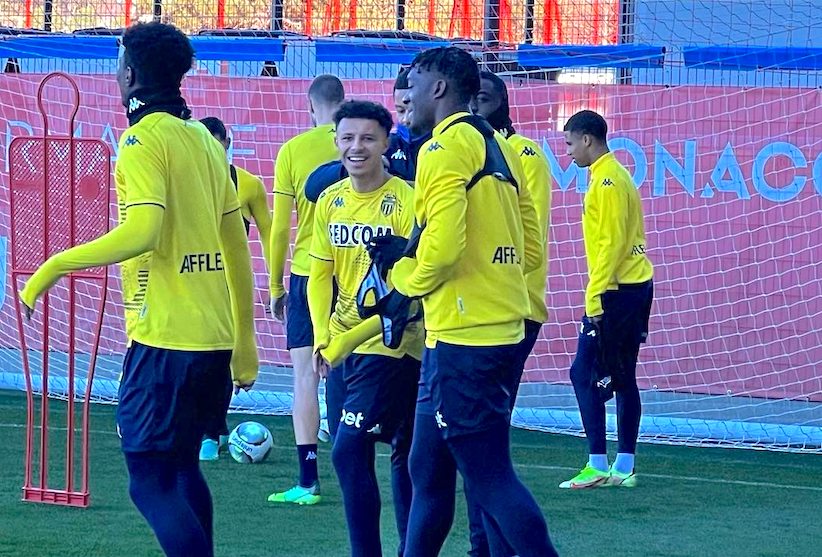 The transfer window officially opened on Friday, but AS Monaco have already got down to business with the signing of Takumi Minamino as well as the departures of Strahinja Pavlović and Pietro Pellegri.

Whilst rumours of potential incomings at the Stade Louis II have run dry in recent days, plenty of players continue to be linked with departures, most notably Benoît Badiashile and Sofiane Diop.

Benoît Badiashile – Linked by Nice Matin to Sevilla. Following the denouement of the Aurélien Tchouaméni transfer saga, a new saga has risen to replace it. Badiashile has been incessantly linked with a move away from the Principality club, and those rumours are only intensifying. The France U21 defender was heavily linked with Newcastle in January, and those rumours have persisted. However, the Tyneside club’s recent acquisition of Lille’s Sven Botman makes a further move unlikely.

But Badiashile is certainly not short of suitors. According to Nice Matin, Sevilla are one of the most serious pursuers. Having lost Diego Carlos to Aston Villa, they are looking for a high-quality replacement. That player could be Badiahsile, although Chelsea, Manchester United and Atletico Madrid could provide competition for his signature. Competition as well as price could be a deterring factor. Having lined their wallets with the reported €100m sale of Tchouaméni, Monaco are under no obligation to sell. The Principality club are looking for a fee in the region of €50m-60m, whilst it is reported that the Monaco academy product won’t push for a move.

Maghnes Akliouche – Linked by Nice Matin to Hertha Berlin, Werder Bremen, Real Sociedad. Whilst Badiashile’s future at Monaco remains unclear, the same can’t be said for Akliouche, who looks set to remain at the Stade Louis II for the upcoming season, despite having a range of loan offers at his disposal.

Werder Bremen, Hertha Berlin, Real Sociedad, Cadiz and Girona were all said to have expressed an interest in taking Monaco’s 20-year-old attacking midfielder on loan. However, after breaking into the first-team last season (nine appearances) and shining at the Maurice Revello tournament, where he was awarded third-best player, he believes he can feature more prominently for Philippe Clement’s side next season.

Andrea Belotti – Linked by Italian media to AS Monaco. Free agent and Italian international striker Andrea Belotti’s future remains undecided. Whilst numerous Italian media outlets and journalists, notably Gianluca di Marzio, have linked the former Torino striker with a move to the Riviera, Nice Matin report that a move is in fact not close. The French media reports that contrary to reports on the other side of the border, there has not been any contact between Monaco and the player’s entourage. Monaco are already blessed with a wealth of options in attack and the signing of Minamino adds further depth. The centre-forward position could nonetheless be strengthened further between now and the end of the window in two months time.

Boubakary Soumaré – Linked by Media Foot to AS Monaco. The search for Tchouaméni’s replacement continues. Having been previously linked with Danilo and Amadou Onana, a new target has emerged. Soumaré, who plies his trade in the Premier League with Leicester is garnering interest across the continent. Capable of playing in a pivot or as a lone no.6, his profile reportedly interests the scouting department at Monaco.

The France youth international made the switch from Ligue 1 to Leicester last season for €20m, but has struggled to nail a place in Brendan Rodgers’ side. Consequently, the player could be free to leave the English club. However, Monaco could face competition for his signature. The former Lille midfielder also features on the shortlist of Serie A side Atalanta. It remains to be seen what kind of deal any interested party would favour, as Soumaré has a long-term contract running until 2026. As a result a loan deal could be a more realistic prospect.

Sofiane Diop – Linked by Nice Matin to OGC Nice. There was once a time when Diop was a guaranteed starter at Monaco. The French U21 international was a mainstay under Niko Kovac, but has found his playing time more limited since the arrival of Philippe Clement. It remains to be seen whether Monaco would entertain the prospect of Diop leaving, but fierce local rivals OGC Nice would reportedly be keen on prising the young forward away from Monaco. According to Nice Matin, his is a profile “that pleases” the Riviera club.