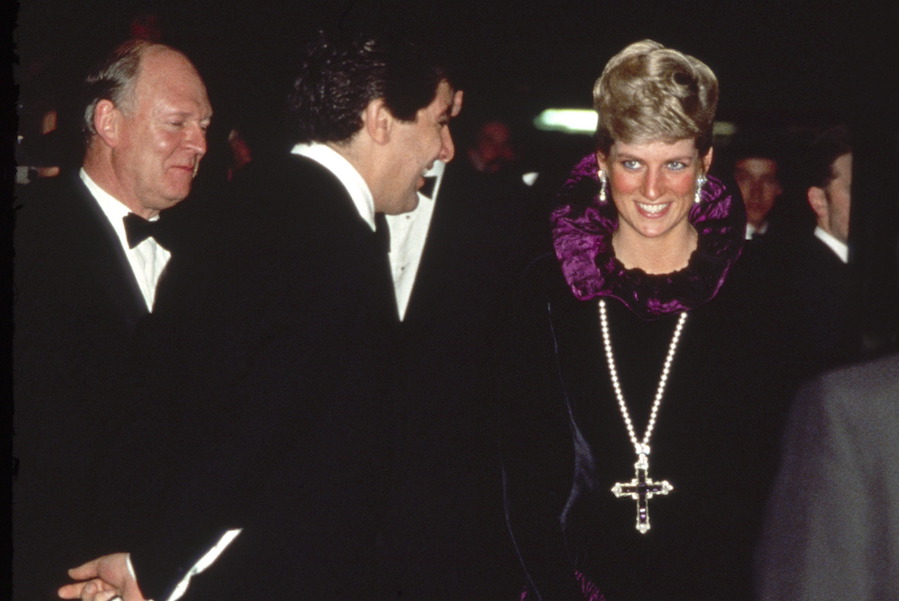 Sotheby’s London has announced the sale of one of Princess Diana’s “favourite jewellery pieces”, a cross that was exclusively worn by the late royal and has never been seen in public since her death, until now.

The Attallah Cross, a stunning, one-off period piece from the 1920s, was said to be a favourite item of Princess Diana and, in a rarely-seen offering of an item belonging to the princess, it is expected to reach a sale price of up to £120,000 at the ‘Royal and Noble Sale’ by Sotheby’s London.

The 1980’s saw the dramatic evolution of ‘The People’s Princess’ from a shy and introverted young girl into a confident and stylish woman in her own right. Worn by Diana on several occasions, the Attallah Cross is a bold and statement-making piece of jewellery, symbolic of Diana’s personal metamorphosis at this time.

In its announcement of the sale, Sotheby’s London said it was confident that this “colourful, bold and distinctive” item of the late princess is sure to attract “a wide variety of bidders, including royal and noble jewellery collectors, as well as fans of the Princess keen to share part of her history.” 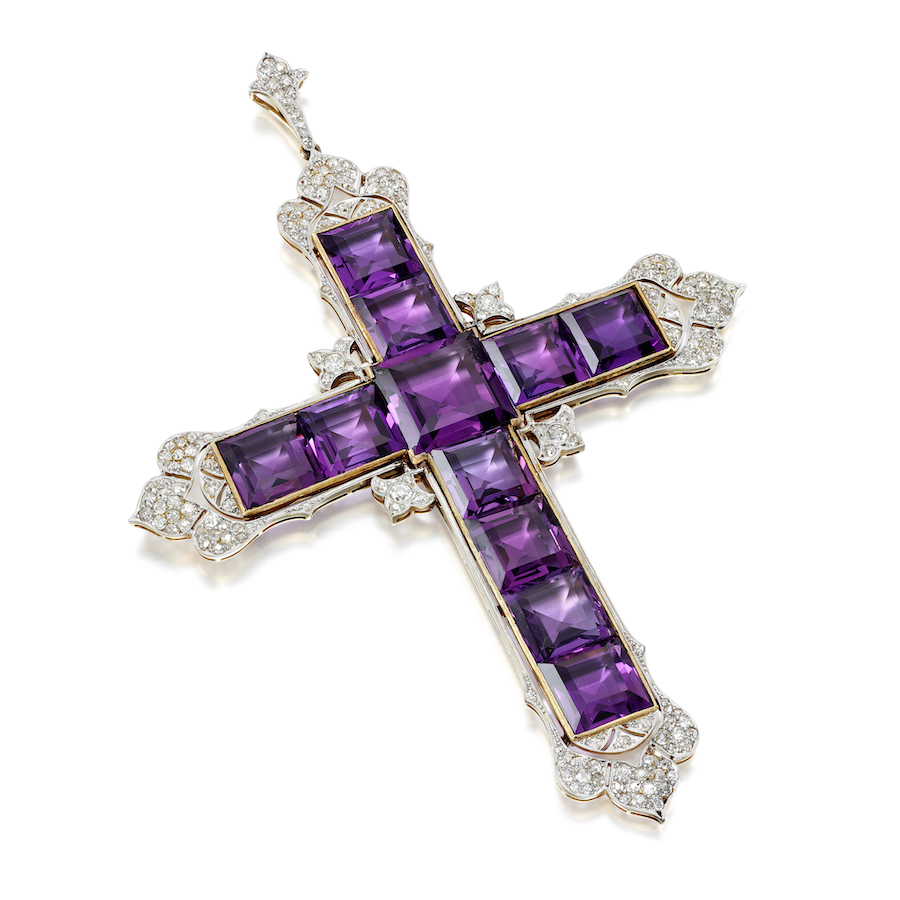 The sizable pendant, a one-off creation by court jewellers Garrard, is made up of square-cut amethysts accented by 5.25 carats of circular-cut diamonds, and measures approximately 136 x 95mm. Ramsay Attallah, current owner of the cross, spoke about the friendship between his father and Princess Diana, recalling that she “really loved the piece” and “would ask to borrow the pendant on several occasions”. Adding a further air of exclusivity to the sale is Sotheby’s claim that no one but Princess Diana has ever worn the pendant, stating: “It is understood that the cross was only ever worn by the Princess, and following her death, it was never seen in public again, until now”.

The Sotheby’s ‘Royal and Noble Sale’, led by the Attallah Cross and presenting “an eclectic collection of outstanding objects and sumptuous heirlooms with aristocratic provenance” will be exhibiting the lots for sale at Sotheby’s London between January 12th and 18th. Bidding is exclusively online at www.sothebys.com and open from January 6th until January 18th 2023.