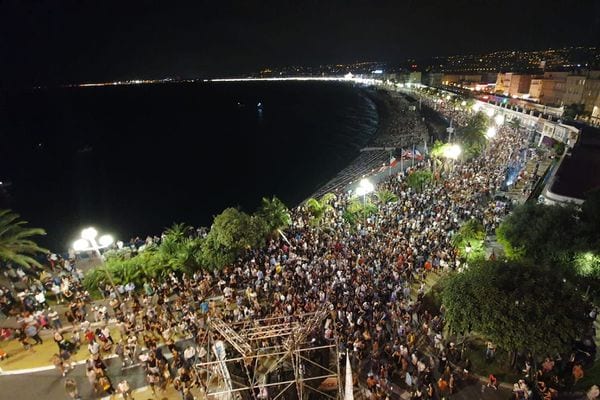 The Mayor of Nice and the Minister of the Interior have been forced to react following outrage at Saturday night’s The Avener concert, which saw thousands of people flock to the Promenade with complete disregard of health measures.

The weekend concert on the Promenade des Anglais has drawn fire for what is and what isn’t considered appropriate in terms of gatherings.

The concert brought together thousands of people, most of whom were not respecting barrier distancing despite audio instructions and numerous signs in place. This kind of large event is understandably incongruous to those who have had to cancel weddings and other far smaller events due to post-Covid regulations on group meetings.

The event was sanctioned by both the city of Nice and the State.

Nice Mayor Christian Estrosi took to social media to reprimand the public for not adhering to the rules, saying: “We regret that these instructions have not been sufficiently respected and ask the State to review the decree which governs major events in order to impose the wearing of masks, even outside. At Nice, it will now be mandatory for all our events.”

France’s new Minister of the Interior, Gerald Darmanin, has called for “greater vigilance from our fellow citizens” and made a trip to Nice on Monday to meet with Mayor Estrosi.

In acknowledging that the concert was authorised by the State, Minister Darmanin said: “I understand the legitimate concern at the images that have been broadcast.”

For 14th July celebrations, the city of Nice will not go ahead with its large fireworks display this year, rather the city will host a concert by the Philharmonic Orchestra of Nice at 9pm in the rotunda of the Promenade du Paillon.

Bastille Day fireworks and entertainment will still take place in Saint-Jean-Cap-Ferrat, while Beaulieu-sur-Mer will host their fireworks display on 13th July.