The buzz on World Bee Day

The buzz on World Bee Day 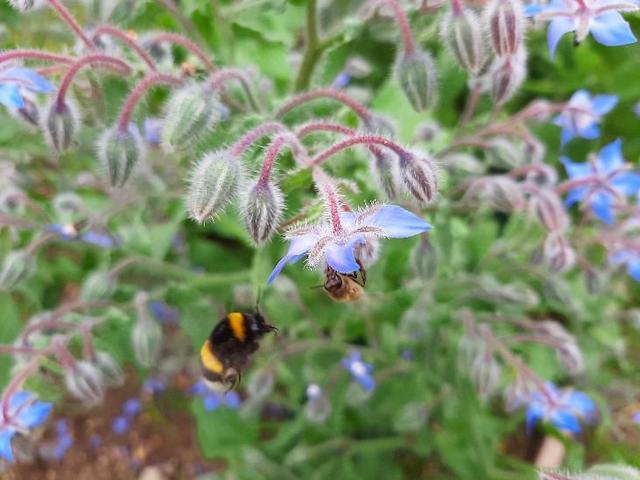 For the third consecutive year, World Bee Day has been celebrated across the globe to heighten awareness about these special creatures and the major role they play in the environment.

The United Nations declared 20th May World Bee Day back in 2018 to remind everyone of the unique role that bees and other pollinators, such as wasps, hornets, bats and birds, play in contributing to food security as well as conservation of biodiversity.

Over 90% of the wild flowering plants on the planet depend on pollination to survive. Without them, a variety of flora would quickly go extinct. Plants are bound to one place, so their reproductive system is dependent on pollinators. This is where bees and their brethren come into play. They collect pollen from the stamens, the male reproductive organ of a plant, and deposit it on the female reproductive organ, or the pistil. After fertilization, a seed, protected by a fruit, will germinate to give birth to a new plant.

The Monegasque government has been helping the bee population thrive since 2011. In conjunction with the UNAF, they built an apiary located on the roof of the Museum of Stamps and Coins in Fontvieille which houses dozens of beehives. A beekeeper works closely with the Department of Urban Planning to protect and maintain the hives and help the proliferation of the bees.

In June, the honey these bees have created is extracted. Last year alone the apiary produced 128kg of fresh, local honey. For humans, the consummation of local honey is thought to have many valuable health benefits. Not only is it a natural sweetener, it is purported to help reduce the severity of seasonal allergies, it is rich in antioxidants, can lower triglyceride levels, improves cholesterol and may even lower blood pressure.

Additionally, the National Forestry Office (ONF) has built bee hotels around the Principality, including the one at the Jardins Saint Martin. The hotels serve several purposes including teaching the public and scientists how wild bees function as well as providing a safe nesting place for them to thrive.