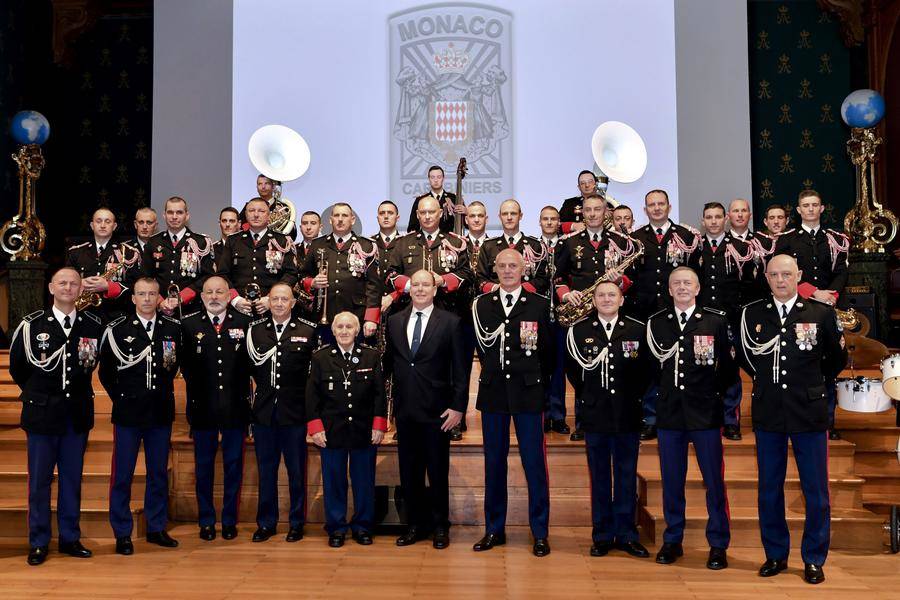 A solemn mass, presided over by Monsignor Bernard Barsi, Archbishop of Monaco, and cocelebrated by Fr. Guillaume Paris, Vicar General, Fr Daniel Deltreuil, Parish Priest of the Cathedral and Father César V. Penzo, Military Chaplain of the Force Publique, was celebrated in the Cathedral of Monaco.

During the service, the Orchester des Carabiniers, conducted by Major Olivier Dréan, and accompanied by Stéphane Catalanotti to the great organ, interpreted the traditional music of San Sebastián.

A cocktail, preceded by an address by the Prince Carabiniers Corps Chief, Commander Gilles Convertini, was then offered to the participants, in the conference room of the Oceanographic Museum.

This year, for the first time since taking office, Colonel Tony Varo, Commander of the Force Publique was present alongside Commander Gilles Convertini.