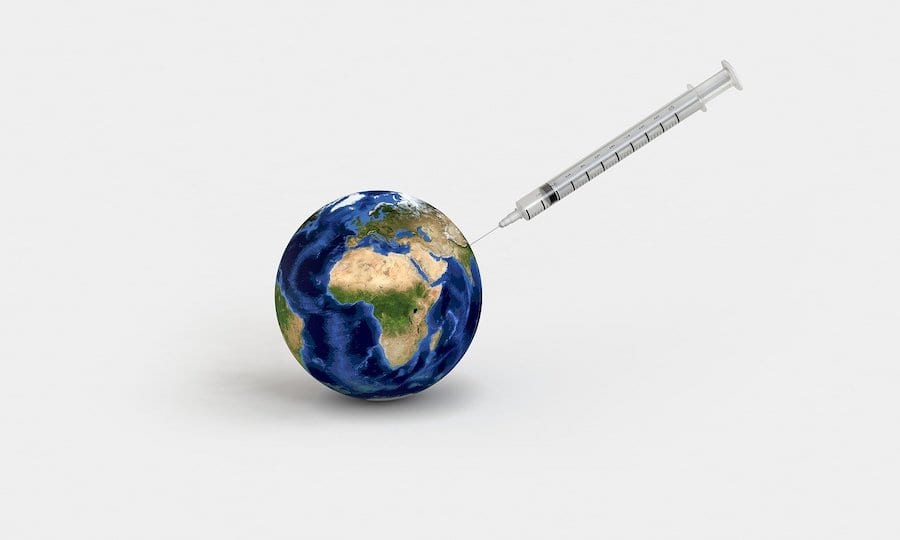 Covid vaccines will be available in France by the end of the year/early 2021, announced the French president on Tuesday.
During his evening televised address, Emmanuel Macron gave only a few details about the country’s vaccination plan, but it was enough to provide plenty of hope. “Vaccines will be available from the end of December – beginning of January, and a second round will arrive in the spring. This is a great ray of hope. Vaccination will be done in a transparent framework and, let’s be clear, it will not be compulsory.”
Which vaccines will be rolled out?
Laboratories including Pfizer, Moderna, Sanofi and Astrazeneca have all announced their first phase three results, with encouraging efficacy rates of over 90% for some. These clinical trials involve over 70,000 people worldwide, and are being conducted in the United States, Japan, Russia, South Africa, Kenya and Latin America.
There are currently 12 Covid-19 vaccines in phase three clinical trials.
The President of the European Commission, Ursula von der Leyen, announced this week that the commission had pre-ordered up to 160 million doses of Moderna’s Covid vaccine, making it the sixth contract signed between the EU and a pharmaceutical laboratory. She also announced that a seventh contract was currently in the making.
France has pre-ordered 90 million doses from several of these suppliers, so with two doses needed per person, 45 million people in France could be vaccinated initially.
Emmanuel Macron announced the creation of a scientific committee responsible for monitoring vaccination in France as well as a “collective of citizens to involve the population more broadly”.
“I want this to be done in a completely transparent framework,” said the president. “Vaccination must be done in a clear, transparent way, sharing all the information at each stage: what we know and what we don’t know.”
Will it be compulsory?
No. President Macron made it very clear in his speech: “I will not make vaccination compulsory.”
The first to receive the vaccination will be the those who are most at risk.
“We will probably start, from the end of December to the beginning of January, subject to validation by the health authorities, by vaccinating the most fragile people and therefore the oldest. Successive stages will be presented in order, gradually, to allow the vaccination of the largest number of people,” he explained.
According to a report by the Covid-19 Scientific Council in July, a vaccination strategy should include 6.8 million healthcare professionals and 23 million vulnerable people initially.
Which countries?
Once the vaccines are proven to be safe and effective, and the European Medicines Agency has granted them marketing authorisation, they will be rapidly distributed and deployed across Europe. “All member states will have access to Covid-19 vaccines at the same time, based on the size of the population,” said the European Commission in October 2020.
Compulsory vaccine for travel?
Australian airline Qantas has warned that only vaccinated passengers will be allowed onboard its international flights when such treatment becomes available to the general public. “For international travellers arriving in Australia and for people leaving the country, we believe this is a necessity,” CEO Alan Joyce told Channel Nine television.
Qantas is the first big airline to publicly raise the possibility of refusing travel to passengers who have not been vaccinated.
However, given the airline industry is not expecting a vaccine to be readily available until the middle of next year, executives see airport testing as a first step to restarting travel before any jab is rolled out to a critical mass of the population.
“At this stage, our main priority is the adoption of a common testing protocol and the recognition of test standards and measures for travel both in Europe and across the globe,” said Airlines for Europe, a lobby group, to the Financial Times.
According to the FT report, EasyJet said it had no plans to ask passengers to prove they had been vaccinated before travel. IAG, Virgin Atlantic and Ryanair declined to comment.