Home News Local News The CREM of the crop 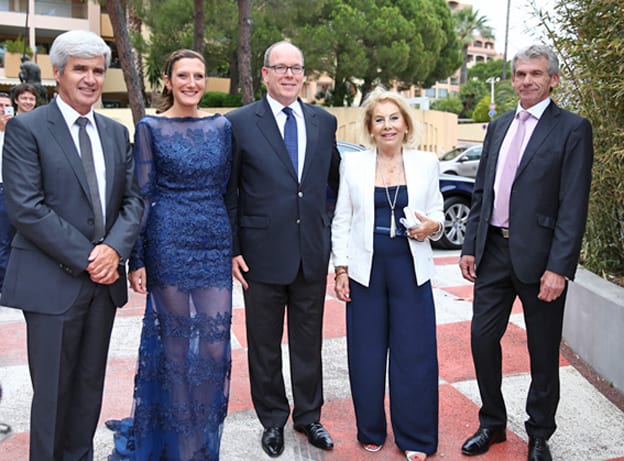 Sixty years ago, on April 18, 1956, Grace Kelly married Prince Rainier III inside the Monaco cathedral in front of 700 guests, while a reported 30 million people watched on TV what is still referred to today as “the world’s most glamorous wedding”.

The day after what would have been her 60th anniversary, which captured international headlines, as most stories involving the Hollywood actress-turned-princess still do, I met with Louisette Levy-Soussan Azzoaglio.

In 2013, Louisette was honoured as a Monaco Goodwill Ambassador – an annual nomination made directly by HSH Prince Albert II to “a person who has contributed to the Principality’s influence” – for her 55 years in the service of Monaco, nearly two decades of which as private secretary to Princess Grace and then to Prince Albert himself.

At a ceremony attended by Prince Albert and Princess Charlene, Ambassadors Club President, Alexander Moghadam, said on the occasion, “Everybody knows Louisette …”

And Louisette knows everybody. She’s the one you want to be seated next to at a dinner party, to be privy to her deeply-rooted titbits about Monaco that should be compiled into a book, like how she learned from her grandfather that people used to remove their hats when passing in front of the Casino.

An unassuming character, “she believes it has been a privilege to be involved in a major part of the development of the Principality”, Louisette has been instrumental in establishing the Club des Résidents Etrangers de Monaco (CREM), under the Honorary President of Prince Albert, founded in 2010.

CREM’s sophisticatedly designed 220 square-metre club is located at 1 avenue Princesse Grace, tucked away on Le Mirabeau’s ground floor, next to restaurant Cipriani. Sinking into a white sofa in the library, I took in the impressive space, which serves as an “open door” for residents to meet and learn about what the Principality has to offer. Various seating areas, a bar with an impressive cellar (soft drinks are free), a piano, pool table, backgammon and, of course, Wifi are at the disposal of members from Monday to Friday, from 2 pm to 9 pm.

Many of CREM’s 800 events held over its six years  – themed parties and conferences, gastronomic and wine tastings, interviews with well-known personalities, meetings with representatives to help new arrivals learn about Monaco – have taken place here, although other parts of their programme, like this summer’s exclusive tour in English of the Francis Bacon exhibition at the Grimaldi Forum or the private evening aboard Batobus to watch the international fireworks competition, are held off site.

“This is a private club for Monaco residents, to help foreigners integrate in the principality,” the always elegant Louisette said. “It started off small but has grown over the years and is now well known and bien frequenté.”

Indeed, the very successful club for foreign residents in Monaco now boasts 420 members with 45 nationalities. An impressive list of partners includes long-time supporter Barclay’s Monaco, John Taylor, Cos d’Estournel and Monacair, while a cocktail party earlier in the year, hosted by the Princess Grace Foundation USA to launch INCC’s “Monaco” perfume, confirmed the club’s standing as an exclusive and glamorous place to be seen.

Although I’m here to discuss CREM’s sixth anniversary on June 1, it would be hard not to approach the subject of the Princess Grace with whom Louisette worked until her untimely death in 1982. I asked Louisette whether her observations of Princess Grace, an American adapting to life in a foreign country, gave her the idea for CREM.

“I started working for Princess Grace in 1964, when she was expecting with Stephanie, so I don’t know firsthand about this but her adaptation was successful. She was very conscious of her role as Princess of Monaco, and wanted to fulfil it completely and made every effort to do so.

“It’s hard to imagine coming from Philadelphia and the movie world to Monaco, which at the time wasn’t the international Monaco of today, a busy, active and culturally interesting place. She was curious about life and created a lot of associations and cultural events, and gave herself to her duty and to the people for whom she had such empathy.”

It turns out the foundation for CREM was built on Louisette’s own experience while attending the Princess in Paris for five years. She had no family and found it difficult to meet people in a city closed to foreigners and so created a club with a goal to facilitate that essential first contact to new residents while raising awareness of the Principality’s economic, social and cultural life.

“There are more and more people coming to Monaco for business,” confirmed the highly energetic CREM director, Marilyne Pierre, “and so we have adapted to this.” The thirtysomething from Toulouse, whose ten years at Monaco Telecom contributes to her winning formula for CREM’s two-pronged strategic development: Bringing in new members, who are trying to find their way after arriving in a foreign country, by providing convivial events that appeal to all languages (“fortunately everyone knows the language of wine”) while keeping existing members involved. For the latter, CREM has launched a benefit’s programme, which includes, as an example, an exchange with a private member’s club, George, in London.

Marilyne continually tailors gatherings, which are 50 percent in French and 50 percent in English, to the needs of club members, to ease their integration to life in Monaco with other foreign residents, and CREM’s newly relaunched site (crem.mc) keeps a running agenda of future events.

There’s no sponsorship required to become a CREM member. Any Monaco resident over age 18 can apply, noting a joining fee of €1200/individual or €1600 for a couple (€625 and €900 annual renewal respectively). Corporate membership joining fees range from €2500 to €15,000 (annual subscription from €1,400 to €8,000) and are available to any company or association registered with the Direction de l’Expansion Economique (Economic Expansion Office).

With typical CREM flare for the unique and unprecedented, this year’s exclusive sixth anniversary party on June 2 welcomed 300 guests to Monacair’s tarmac, where despite unfriendly weather, Jeeper champagne was flowin’ in the wind as members were entertained by stilt walkers, invited to check out Aston Martins and treated to a fashion show of the new collection by Monaco-based designer and CREM partner Isabell Kristensen.

As one CREM member on hand to celebrate said, “I’ve learned what Monaco has to offer culturally and economically, which, without CREM, would have taken years.” 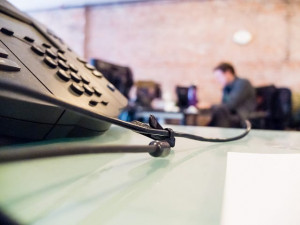 BillRun Technologies Ltd., a billing company based in Tel Aviv, specialising in open source and cloud solutions, has set up an advanced billing system for Monaco Telecom (MT). The financial scope of the project is in the order of several hundred thousand dollars.

The Principality welcomes more than 300,000 tourists per year, one-third of which are business tourists, i.e. those attending conferences and meetings. This demographic constraint is a challenge for MT, which chose BillRun to implement its new complete solution for billing and customer service, following the success of BillRun as part of the implementation of its billing system in Golan Telecom Tel Aviv.

Martin Péronnet, General Director of Monaco Telecom, says, “We are driving a profound transformation of our IT tools, moving from an inherited and complex system that was multi-operator and very expensive in CAPEX/OPEX with a simple, fully open-source system.”

Mr Pérronet, who was Marketing Director at ‪Bouygues Telecom before joining MT in 2009, adds, “This is probably one of the very first times in the world an incumbent operator offering a complete solution for B2B and B2C telecommunication services for mobile, fixed, TV, voice, data and hosting has accomplished such a transformation. Our goal over time is to control all the developments internally to reduce our IT costs by 75 percent, and provide an effective, simple and flexible system to our customers.”

BillRun was chosen as a Monaco Telecom partner because “BillRun represents one of the best open-source billing systems, and we have achieved all B2C in a year and a half”.

Ofer Cohen, CEO of BillRun, says, “This is the first project carried out by Israel and this has involved a reassessment and full integration of the central system and ancillary systems MT BillRun.”

The first phase involved implementing the BillRun billing systems and CRM at MT for VoIP (Internet telephony) and broadband while the second phase implemented these applications in the mobile environment and VoD (Video on Demand), Mr Cohen goes on to explain: “The development was conducted in collaboration with IT and development teams at MT. BillRun team managed the migration of the obsolete proprietary system of the company to an open-source architecture, including training and knowledge transfer. This highly complex project of involved close collaboration between several teams of both companies, and the system has been fully operational since May 2015, to great customer satisfaction.”

“By using an open-source system,” explains Cohen, “it means that MT is no longer tied to a particular supplier. Further to our success with MT, we intend to develop BillRun’s international activities.”

Local News Staff Writer - July 15, 2018
His Serene Highness Prince Albert has cancelled a series of engagements due to fatigue, according to an announcement by the Prince’s Palace.