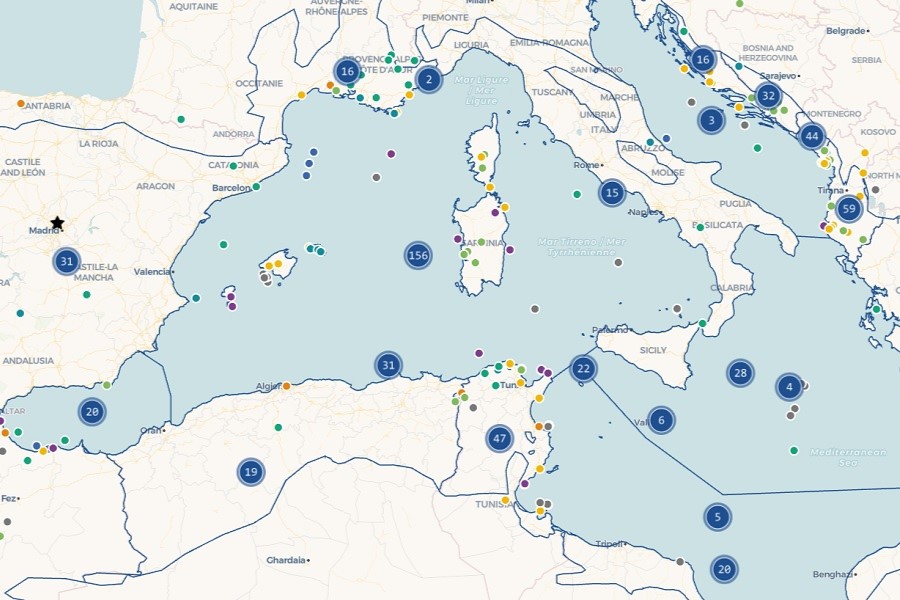 Nine influential organisations have come together under a collaborative banner to list all funding grants currently available for Mediterranean biodiversity conservation in one central database.

This visual overview of biodiversity conservation actions in the Mediterranean, called the Med Conservation Grant Tracker, is an impressive new mapping tool that shows all 700 grants currently available for the region in one place.

This initiative was born via the Med Donors’ Roundtable, “an informal group of donors supporting the conservation and restoration of nature in the Mediterranean”. Those taking part include the Prince Albert II Foundation (FPA2), the MAVA Foundation, the Adessium Foundation, the Critical Ecosystem Partnership Fund, the French Global Environment Facility, Fundacion Biodiversidad, Oceans5, the Sigrid Rausing Trust and the Thalassa Foundation. Collectively, these organisations have contributed more than €200 million in funds towards biodiversity conservation since 2015.

The Mediterranean basin includes both marine and freshwater as well as terrestrial environments. Today, the remarkable biodiversity of the region is facing ever-increasing pressure as a result of human activity. 21% of its species are currently considered vulnerable, 75% of fish stocks are overexploited and one third of freshwater vertebrate species are endangered.

With these concerning statistics front of mind, this new tool was developed with the objective “to highlight the importance of financing nature conservation in the Mediterranean, to avoid the duplication of efforts and to promote collaboration and complementarity of actions between donors”.

To this end, the Med Donors’ Roundtable is now calling for other donors to join this initiative whilst encouraging all users to provide feedback and suggestions on improvements.

Philippe Mondielli of the FPA2 says, “We are delighted to join forces with our fellow funders in the framework of this project, highlighting the heritage of past investments in the Mediterranean and making it possible to build new collaborations in this high place of biodiversity, which we urgently need to protect.”