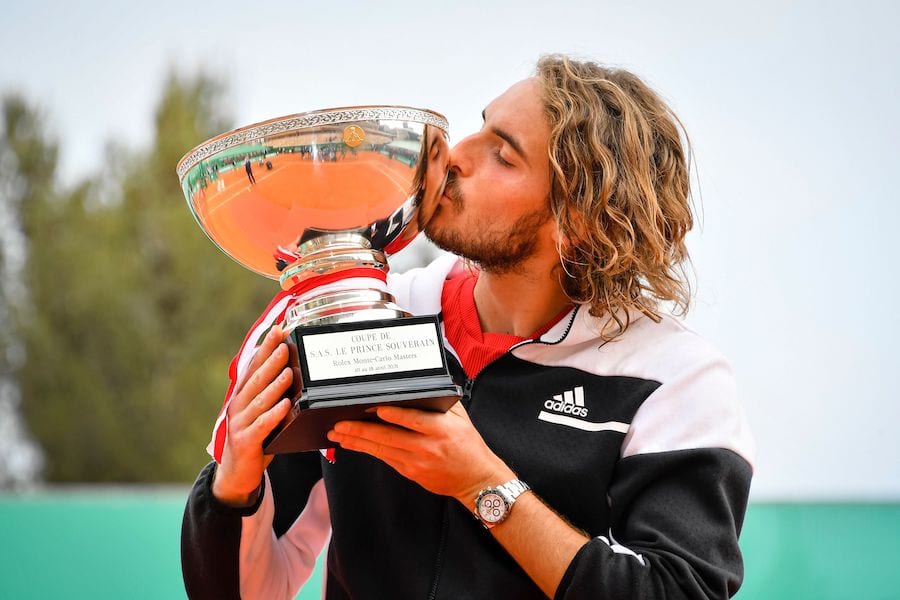 Stefanos Tsitsipas has won his first Monte-Carlo Open and ATP Masters 1000, claiming the day after defeating Andrey Rublev in a 6-3, 6-3 victory on his home turf.
After slaying the British giant slayer Dan Evans on Saturday 6-2, 6-1, Stefanos Tsitsipas went on to crush sixth ranked Andrey Rublev in the finals in a mere 71 minutes.
“I had an unbelievable week in Monte-Carlo,” Tsitsipas said in his post-match interview. “I can’t describe my feelings right now. I am overwhelmed by so many different emotions and nostalgia. It is incredible that I am able to be in the position that I am. We both deserved to be in the final. We put on an amazing fight and an amazing show… I would consider it as the [best] week of my life so far.”
The 23-year-old Greek lost to Rublev in the semi-finals in Rotterdam last month but took the opportunity to pay him back at the weekend. Claiming early breaks in each set, he was relentless in his play in Monaco.
The two finalists of the Open now sit in the top two positions of the 2021 leader board and are the only players to have 20 or more victories this season. Rublev is in the number one position with a 24-5 win-loss record and Tsitsipas with a 22-5 record.
“I knew that he was going to be a very difficult opponent to face. There were a lot of nerves coming into that match,” said Tsitsipas. “[We] always want to bring the best out of [ourselves] when facing each other. Playing Andrey was a very difficult thing to do today, also considering that it was a final. There is extra stress and extra importance in the match that we had to play. [I am] definitely proud of the way I managed to behave and be out on the court today.”
He went on to say, “The clay court season couldn’t have started better. It is the best thing winning my first Masters 1000 and it is even more special doing it here on home soil in Monte-Carlo and doing it on clay, which is my favourite surface.”
Tsitsipas’ mother, Julia Salnikova, won the junior title at the Monte-Carlo Open in 1981.
“[To share] this is incredible. [The] first time I walked in that club, the Monte-Carlo Country Cub, with my mom, I think that was when I was six years old. She showed me her name up there. I remember seeing it for the first time. I was stunned. I was like, ‘Wow. That is really cool.’ How cool is that?” said Tsitsipas.