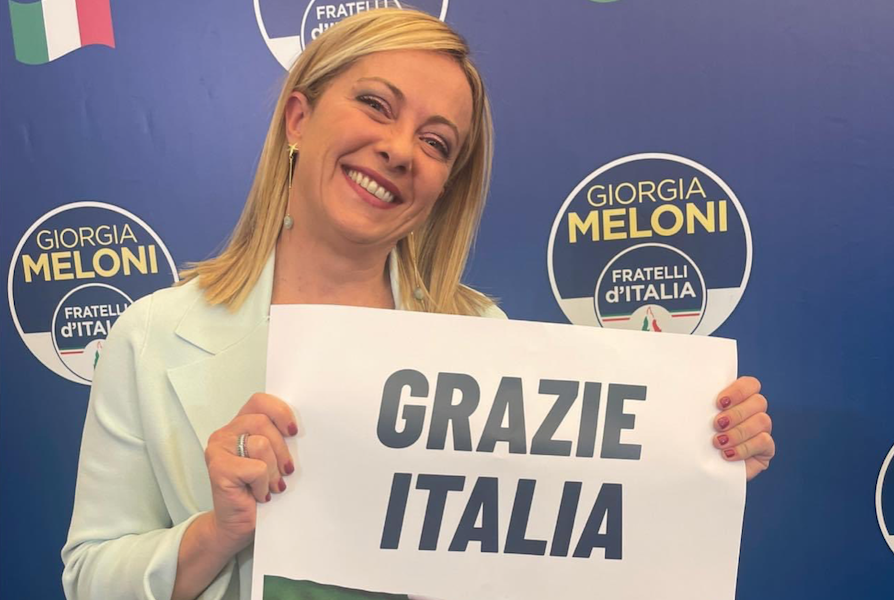 Meloni leads the Brothers of Italy, a party rooted in a post-war movement that rose out of dictator Benito Mussolini’s fascists. As exit polls early Monday suggested a landslide victory, Meloni tweeted, “We will not betray your trust. We are ready to lift up Italy again. Thank you!”

Meloni’s right-wing alliance – which also includes Matteo Salvini’s far-right League and former PM Silvio Berlusconi’s centre-right Forza Italia – will take control of both the Senate and the Chamber of Deputies, with around 44% of the vote.

Santiago Abascal, the leader of Spanish far-right party Vox, was quick to congratulate Meloni on Twitter, saying, “[Giorgia Meloni] has shown the road for a Europe that is proud, free and of sovereign natures, that are able to cooperate for the security and prosperity of all. Go on, [Brothers of Italy].”

In summer, Meloni had spoken at a Vox rally in Marbella, raucously telling the crowd: “Yes to the natural family, no to the LGBT lobby, yes to sexual identity, no to gender ideology… no to Islamist violence, yes to secure borders, no to mass migration… no to big international finance… no to the bureaucrats of Brussels!”

Others to have joined the chorus of praise include Polish Prime Minister Mateusz Morawiecki, who tweeted “Congratulations [Giorgia Meloni]!” and the Hungarian prime minister’s long-serving political director, Balazs Orban, who said, “We need more than ever friends who share a common vision and approach to Europe’s challenges.”

Extraordinarily, only 64% of the electorate is reported to have voted Italy’s election.