The future of coral reefs: Monaco brings experts together 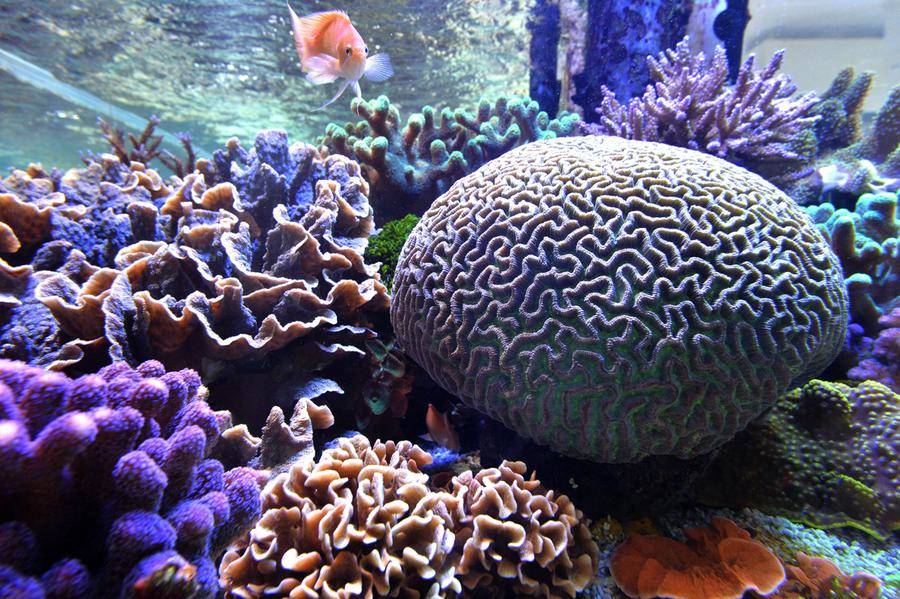 The first General Assembly of the International Coral Reef Initiative (ICRI) under the Monegasque co-presidency, will be held from 5 to 7 December, at the Yacht Club of Monaco.

Panels of high-level international experts and representatives of the coral countries will meet in the Principality, from 3 December, at the invitation of the Monaco Scientific Center, the Monegasque Association on the Acidification of Oceans and the International Coral Reef Initiative, for a week of work dedicated to the preservation of coral reefs particularly threatened by climate change.

Reducing the risks of impact of climate change on coral reefs: what solutions?

Confronting ideas and points of view, prioritizing the measures to put into action to preserve the reefs, this is the purpose of the workshop organized by the Scientific Center of Monaco and the Monegasque Association on the Acidification of Oceans December 3rd and 4th.

Among the 14 experts recognized for their work on the reefs are the two Australian professors Terry Hughes and Ove Hoegh-Guldberg, both recipients of the “Climate Change” Prize of the Prince Albert II of Monaco Foundation in 2018 and 2014.

As one of the most endangered marine ecosystems, coral reefs are negatively impacted by local factors, such as pollution and coastal urbanization, and since the end of the 1980s have also been subject to ocean warming and acidification.

Extreme warming events have led to recurring episodes of large-scale coral bleaching and mass mortality, events which unfortunately should be more and more frequent in the decades to come.

While the Paris Accord aims to limit global warming to a temperature between 1.5 and 2°C compared with pre-industrial temperature, its implementation remains much too slow and it is not certain that the objectives fixed can be achieved.

However, even a warming of 1.5 or 2° will have significant negative impacts on coral reef systems.

Therefore, in addition to mitigation measures, other solutions must be considered in order to reduce risks, in particular by working at the local level on the protection of habitats and ecosystems or biological and ecological adaptation.

It is essential that the scientific community reaches consensus on the respective contributions of different approaches to reducing the impacts of climate change, in order to send a clear message to decision-makers about the measures that can be put in place.

December 4th will also be dedicated to an Innovative Finance Expert Workshop, organized by ICRI, in partnership with the Conservation Finance Alliance to provide an overview of reef-focused marine conservation funding opportunities. coral and related ecosystems.

More than 20 blue finance experts are expected to discuss Blue Bonds, Payment for Ecosystem Services, and the Global Coral Reef Fund (an initiative of the Prince Albert Foundation). II of Monaco and the Vulcan Group – initiative announced at the “Our Ocean” Conference in Bali).

HE Mr. Bernard Fautrier will open this working session, organized at the Oceanographic Museum of Monaco, intended for the different actors and professionals of the conservation and management of the marine and coastal environments but also for the representatives of the civil society, academics as well as the decision-makers of instances governmental and intergovernmental organizations.

ICRI, under the co-chairmanship of Australia, Indonesia and Monaco, will hold its General Assembly at the Monaco Yacht Club from 5 to 7 December.

More than 60 participants are expected at this General Assembly, including the representatives of the founding countries of ICRI: the United States, Japan, the United Kingdom, the Philippines and France.

During this General Assembly, the action plan (2018-2020) of the ICRI Secretariat will be presented for adoption. An action plan that is ambitious, pragmatic and realistic, and will address the many human pressures facing coral reefs. The point will also be made on the International Year of Coral Reefs (IYOR2018) and the very strong mobilization of ICRI members around the world.

Back to a St Tropez summer

Local News Cassandra Tanti - February 9, 2021
A handball between the Prince, Princess and rugby player Mathieu Bastareaud has marked the official presentation of the Monaco Rugby Sevens Qualifier Tournament for the Tokyo Olympics.