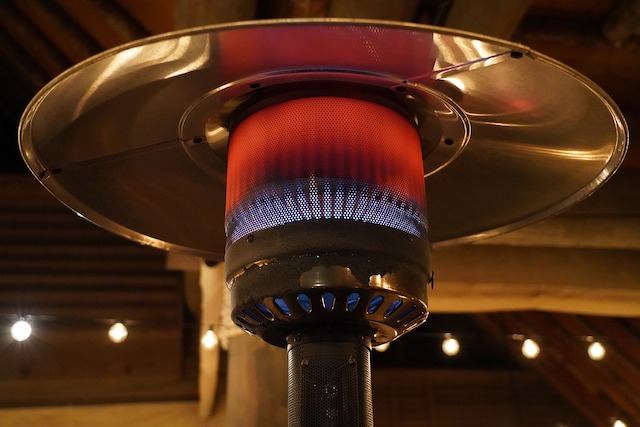 As several French cities, most notably Rennes, adopt bans on greenhouse gas emitting patio heaters, Monaco has been called upon to take a stand.

Since 1st January, terrace heaters are prohibited on the Breton capital’s bar and restaurant terraces. Smaller French towns scattered around the country have similar bans in effect, whilst Paris, Bordeaux, Grenoble and Angers are seriously considering following suit.

In Monaco, no “official position” has been declared, and according to the Mairie there is currently no town planning directive to activate one. Therefore, it is up to each individual restauranteur to make the call.

Café de Paris, for example, has reduced the number of heaters from 12 to four, and even those remaining are used sparingly. It should be noted that Café de Paris is on the fast track to earning the prestigious Green Globe certification, a first for a European restaurant, so clearly environmental awareness is high on their agenda.

But others complain it would take an undue bite out of their profits if they were forced to ban the heaters. Many patrons who come out to enjoy drinks or a meal after dark choose their spot specifically because there are warm outdoor options, and many smaller restaurant owners fear a ban would destroy their advantages and thus, their livelihood. They also complain that the cost of the heaters, as well as the high cost of gas tanks and maintenance, would be money down the drain they can ill afford waste.

Alternatives to the heaters range from harkening back to the old days, when people who chose to bear the not so cold winter climes in the region by eating al fresco were offered shawls or blankets to keep cosy. A more modern choice, and perhaps one that would satisfy all, is the use of low polluting fuels such as biopropane, which is carbon neutral and could reduce carbon emissions by 10 tonnes per year.

Biopropane is made from raw vegetable matter and recycled oils and reduces emissions by around 80%. This is great, but fears are that it will lead to an exploitation in other areas since the crops needed to produce biopropane could put undo stress on other aspects of the environment.

For now, there is no one solution and debate is sure to carry on. Monaco sits on the fence, but in the face of an extremely environmentally active Prince and government, a decision will surely be made soon.

Local News Stephanie Horsman - July 26, 2021
The Yacht Club of Monaco is hosting the works of vibrant Colombian artist Henry Rodriguez Herrera at its gallery this month.