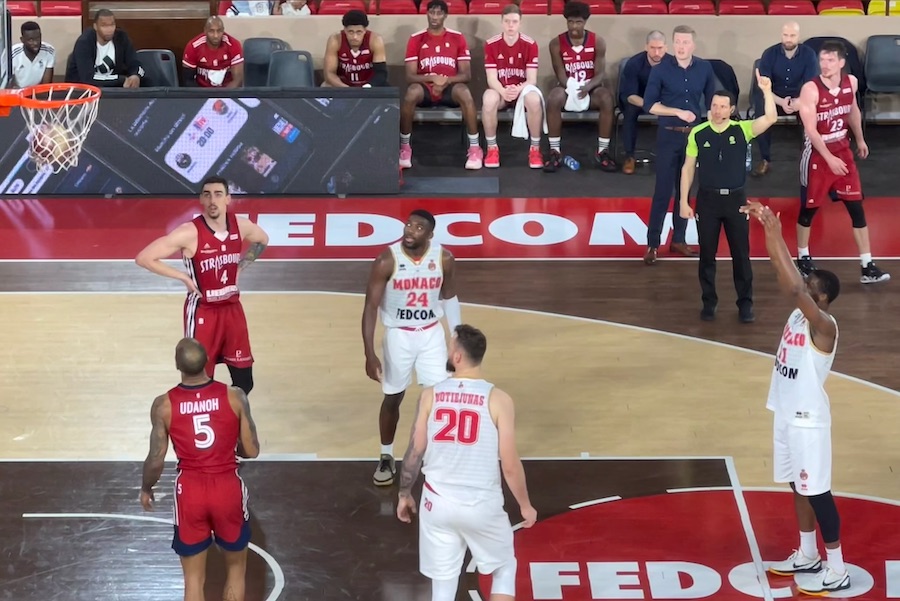 The Roca Team’s overtime clash against Strasbourg (105-103) reached a breathtaking crescendo as Dwayne Bacon nailed a deep 3-pointer on the buzzer to snatch victory from the jaws of defeat.

At times on Wednesday night, the game looked beyond the home side, as a certain lethargy and sloppiness crept into their game for large swathes of the match. However, with confidence high and a deep roster of highly talented players, there was always a lingering sense of the inevitable comeback.

Monaco’s inefficiency both inside and outside the key was rarely more pronounced than it was in the opening moments of the first-quarter. As is the tradition, the crowd remained standing until the first Monegasque hoop, few would have been expecting to be stood up for almost three minutes. Everyone was finally grateful for the chance to sit down.

In that time, Strasbourg had grown a six-point lead, and this set the tone for the fixture as the away side repeatedly constructed advantages, only to be reeled back in. Often, Strasbourg ceded the momentum through their own indiscipline. Monaco had an inferior efficiency in two and three-pointers on the night, but an avalanche of free-throws was ultimately crucial (27/36).

Speaking to Monaco Life, head-coach Sasa Obradovic alluded to this post-match, stating, “The opponent gave it to us, they gave us 27 assists. That was a magic number for us.”

For comparison, Strasbourg only converted 10/12 free-throws. That indiscipline undid much of the hard work done by Gaylor Curier and Matt Mitchell, the former particularly empathic outside the key (5/8).

Despite Strasbourg’s generous free-throw offering, Monaco still struggled to keep up with their more efficient opponents, and midway through the third-quarter found themselves with a 15-point deficit to overturn.

A Brock Motum three-pointer changed the atmosphere in the Salle Gaston Medecin, as the crowd once again got behind their side, spurring a late rally. A Mike James three-pointer on the third-quarter buzzer brought the Roca Team back within three, and the momentum was clearly with the home side going into the final quarter.

Parity was restored early in the final-quarter, before the sides began matching each other blow-for-blow, taking the game to overtime.

The five-minute overtime was a microcosm of the game itself, as Monaco found themselves in the familiar position of having to muster a comeback. With less than 1:40 on the clock, Bacon and Alpha Diallo helped overturn a five-point deficit, before DeAndre Landsdowne’s two-pointer with 1.7 seconds on the clock looked to have sealed the game in Strasborug’s favour (102-103).

There was, however, one more spectacular twist in the tail. From the baseline, Leo Westermann launched the ball towards Bacon, who swivelled and released from deep in what was almost a blind pop shot. Miraculously, and to the delight of the crowd who sprung to their feet, the ball found the hoop via the back-board, sealing a highly unlikely late victory (105-103).

Post-match, the American, Bacon described the match-winning shot to Monaco Life: “When you’ve played basketball for so long, you know what types of shots you can get off, and I knew I had the time to do it.”

Relying on such a moment of brilliance, the fortuitous circumstances of the victory were not lost on Obradovic. “We didn’t deserve to win today. The other team played better basketball.”

Bacon alluded to mindset being a key factor in the game not being wrapped-up earlier, saying, “We have a really good team, but sometimes we pick and choose when we come out to play. Tonight was one of those nights where we chose when we wanted to play, and it got late in the end.”

Bacon and co. will be hoping to register a more controlled victory when they visit Paris on Sunday. 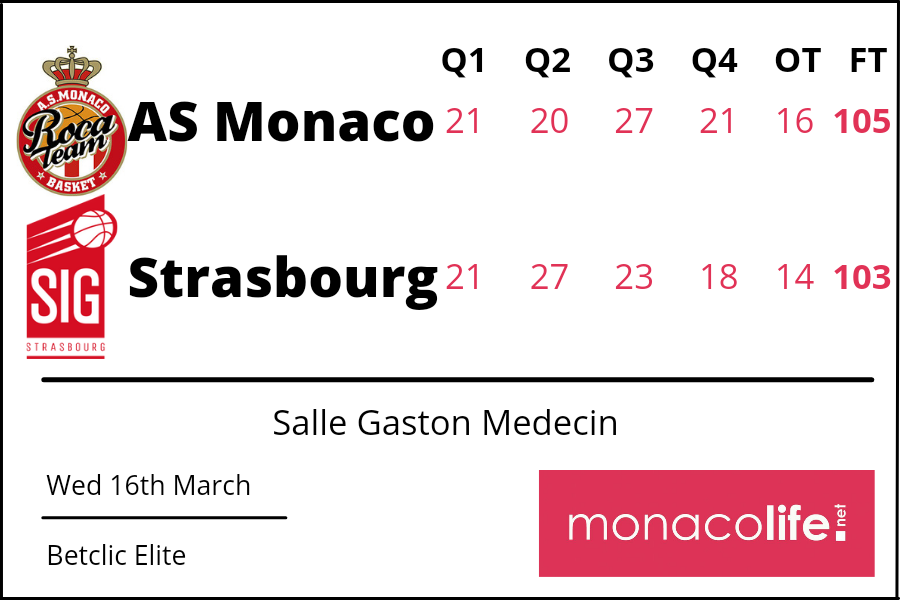