Home News Local News The Life and Times of Max

The Life and Times of Max

On a recent sunny morning, Monaco Paws walked up to the Principality’s Upper East Side to meet a Yorkshire Terrier called Max, the beloved pet of Paul and Fiona Betts. Paul was Senior Foreign Correspondent with the Financial Times for 35 years, which took him and his family all over the world.

How did you get Max?
Fiona: He was a year old and had been the pet of our daughter’s friend, but she was going off to art school and needed someone to look after him. We said we would take him, but only if we could keep him. She agreed and sent Max from New York to us in Paris and we picked him up from the Gare de Lyon in 2002. He was a pedigree of great lineage and incredibly handsome.

Had you ever had a dog before?
Paul: As a journalist we had to move around a lot so it wasn’t practical to have a family dog but when Max came to us when we were in Paris, and I discovered the city in a way I had never known before.

Fiona: Cities can be very lonely places. Dogs help one understand the world in a better way.

When did you bring Max to Monaco?
Paul: Three years after having Max we relocated permanently to Monaco. My parents came to Monaco in 1956, so we always visited often. In fact, when I was young I attended the American School in Villefranche-sur-Mer … when it was still there.

What is the best thing about having a dog?
Fiona: One lives in the moment with a dog. You learn an awful lot. 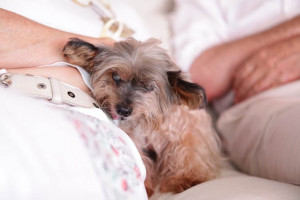 Max is quite a small guy. Do you need to be especially careful with him?
Fiona: He is mostly okay, although bigger dogs can be a danger for him. It’s best to just use one’s common sense. I speak to him very quietly and he behaves.

Paul: In Italy we need to watch out for the eagles.

Is Max more attached to one of you?
Fiona: He is attached to the person who gives him the most food! He is incredibly greedy. I am very strict, so we disagree at times on his care and feeding.

Paul: I spoil him.

What does he like to eat?
Fiona: He likes Grissini sticks, Monaco Beline Biscuits, little chunks of Parmesan, bits of ham … but he really must be kept on a very strict diet.

Now that Max is 16 and in his senior years, does he have special needs?
Fiona: I watch him much more, like a child or an old person. He’s lost his teeth and is going blind. It’s difficult to watch him lose his senses but we keep him active, and it’s important to make sure he has lots of things to smell everyday. Someone once told me that a dog smelling things is comparable to us reading the paper everyday. I just like to make sure he is comfortable. At this stage cleanliness is very important too.

Paul: We had a real scare about a year ago when we were coming back from Italy. His diet is terribly important.

How would you describe Max’s place in your lives?
Fiona: He is our fifth child, and unites the family. He’s always been happy to go on any adventure with us and never wants to be left behind. He is so much a part of us … Max is irreplaceable.

Have you ever written about Max?
Paul: Yes, I was asked to review the service provided for dogs at the Hôtel de Crillon in Paris. They were trying to attract travellers with dogs. It turned out as a half-page spread in the FT Weekend Section, and the hotel gave Max a silver medal for his collar. It says “Hôtel de Crillon” on the front and “Return to the Bar” on the back.

Fiona: We could write a whole book about him, the story of Max is rich. 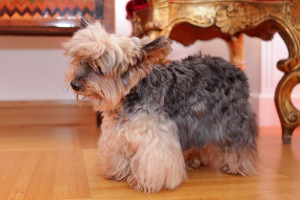 Organic festival this weekend in port

Local News Staff Writer - October 13, 2017
The Route of Goût is the annual organic foodie event celebrating popular gastronomy, biology, ecology, health, youth and sports for a charitable purpose over four days in October. The free festival along Quai Albert Ier is organised by the Association Bio Chef Global Spirit under the High Patronage of HSH Prince Albert and chaired by Paolo Sari, the only starred chef who is certified organic in the world. [caption id="attachment_23300" align="alignnone" width="2048"] 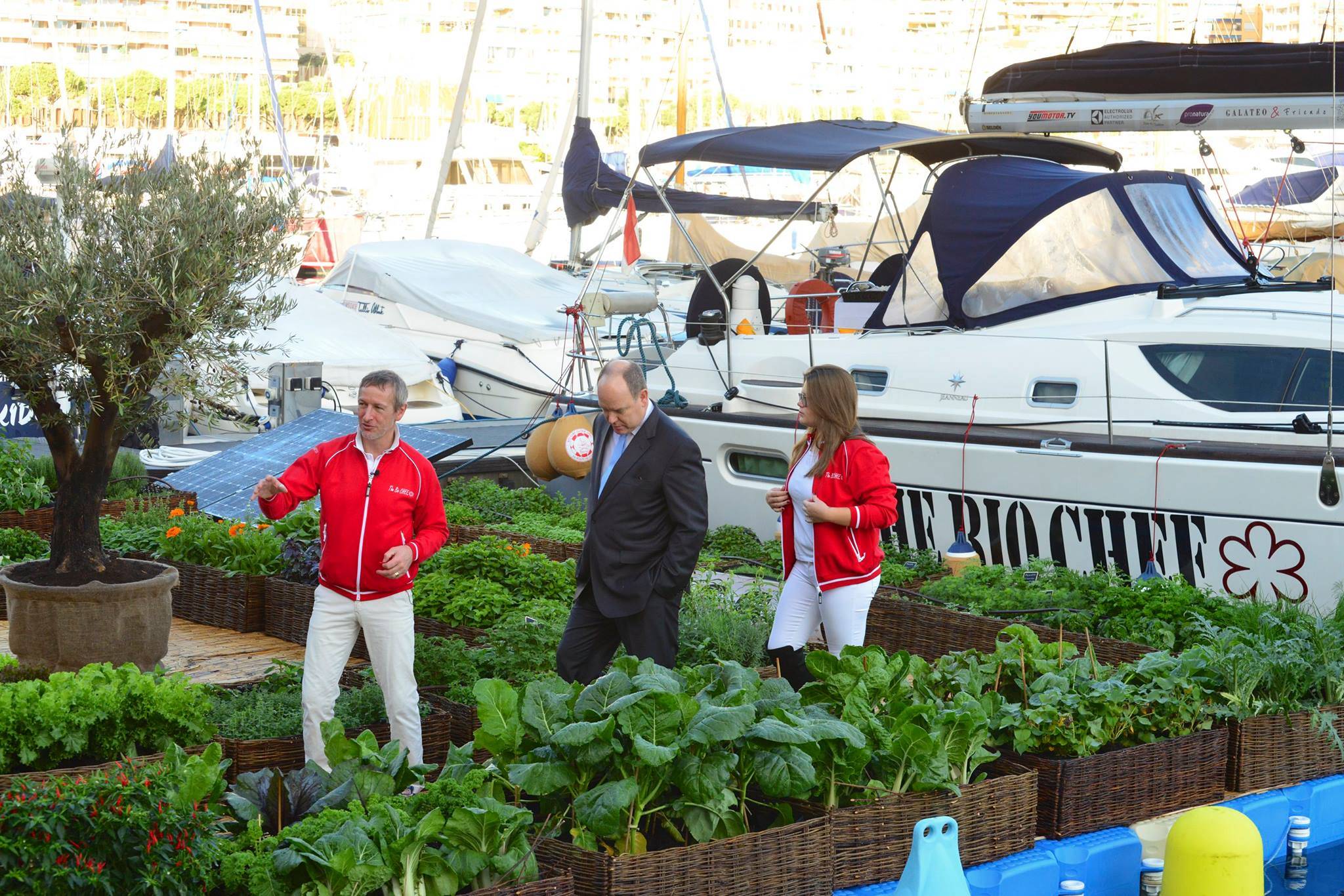 Photo: Facebook Route du Goût[/caption] “Monaco – the symbol of wellbeing, respect for the environment, renewable energy, and biological diversity – is the perfect place to be 100 percent organic,” Mr Sari told Monaco Life. “It’s a corner between Italy and France, and the French-Italian agriculture and gastronomy share long histories. Also, we have a microclimate that allows lemon and cabbage, and avocado and mango to grow in the same soil.” From Thursday, October 12, until Sunday, October 15, in additional to the organic farmers market, there will be many educational activities on the topic of renewable energy and protecting the planet, as well as cooking demonstrations. Parents and children are invited to become involved. Children can also take part in a tennis competition at the Monte-Carlo Country Club, and on Friday at the Monte Carlo Beach the Gala Dinner will be prepared by children with a little help from local chefs. Saturday will have a marine flavour – dedicated to "craftsmen of the sea" – with a procession of 8 Riva boats accompanied by 8 starred chefs. The afternoon culinary competition is open to the public, but in the evening, the 8 chefs will prepare a memorable dinner consisting of 8 works of art, one dish by each chef. The first dinner ever made by 16 hands. [caption id="attachment_23301" align="alignnone" width="2048"] 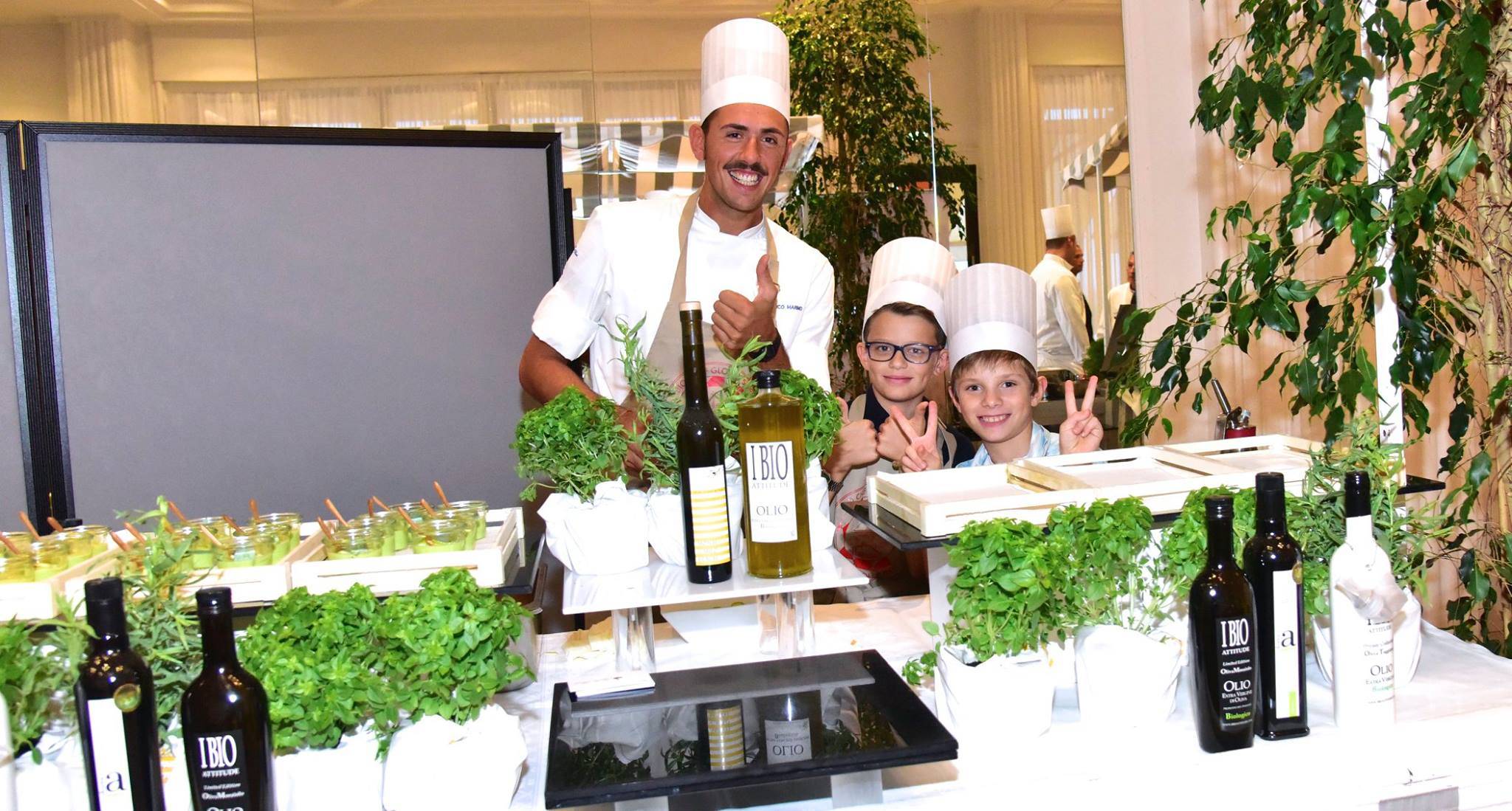 Photo: Facebook Route du Goût[/caption] Money raised during the various events, from the sale of gadgets to private donations, will be donated to the reconstruction and revitalisation of the food, hospitality and educational establishments in the Italian regions hit hardest by the earthquake in 2016. Part of the proceeds from the sale of Paolo Sari's first book – The Bio Chef – will be for the purchase of professional equipment for the start-up of the organic hotel school in Ambavanankarana, Madagascar, and for the construction of a second building in 2018. For a complete list of the program read here. Reservations can be made on +377 98 06 36 36 or by email: organisation@thebiochef.com 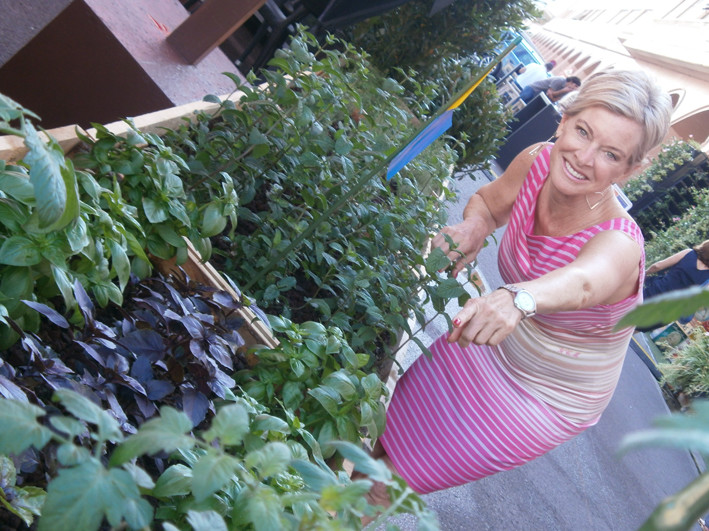 Local News Cassandra Tanti - June 30, 2021
Each summer, the Orchestra of Monte-Carlo puts on six performances in the courtyard of the Prince’s Palace, blending warm evenings and a regal setting with excellent music.