The MEB’s mission to Novosibirsk

The MEB’s mission to Novosibirsk 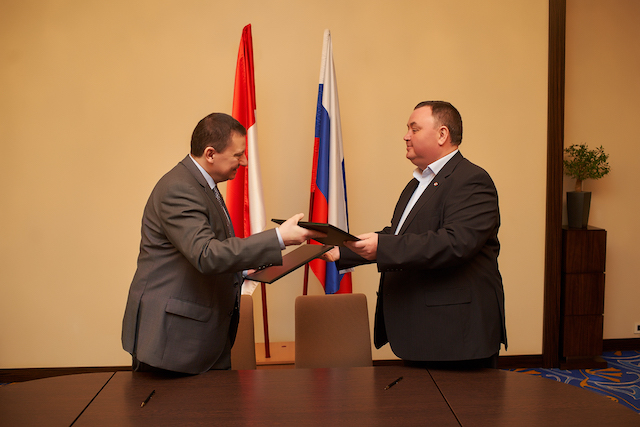 The Monaco Economic Board has braved the cold to take its member companies to Novosibirsk, the heart of Russia’s ‘Silicon Valley’.
Taking advantage of a Monte-Carlo Ballets tour in the capital of Siberia, MEB teams specialising in sectors as varied as finance, high technology and business consultancy met their Siberian counterparts in a series of meetings from 18th to 21st February.


The first day of the trip was devoted to Akademgorodok, a city that has become the heart of Soviet and then Russian scientific research since the start of the Cold War, and which today has embraced start-ups. During a visit to the most awarded business incubator in Russia, AcademPark, the first links were formed with Russian high-tech start-ups which had not yet considered Monaco in their business plans.
Meanwhile, an Economic Forum dedicated to Monaco-Siberia exchanges, organised with the Novosibirsk Regional Chamber of Commerce and Industry, was held. During the forum, the economies of both regions were presented as well as the various activities of the MEB members, ahead of the signing of a formal long-term agreement between the two chambers of commerce.

Finally, a performance by the Ballets de Monte-Carlo served as an opportunity for members to invite their professional contacts and strengthen relations, in “another demonstration of the perfect synergy between the main cultural and economic players in Monaco, especially when they are abroad,” according to the MEB.

Top photo: Signing of the memorandum of understanding between Chambers of Commerce, courtesy MEB