The mission: to recycle gray water in Antarctica

The mission: to recycle gray water in Antarctica 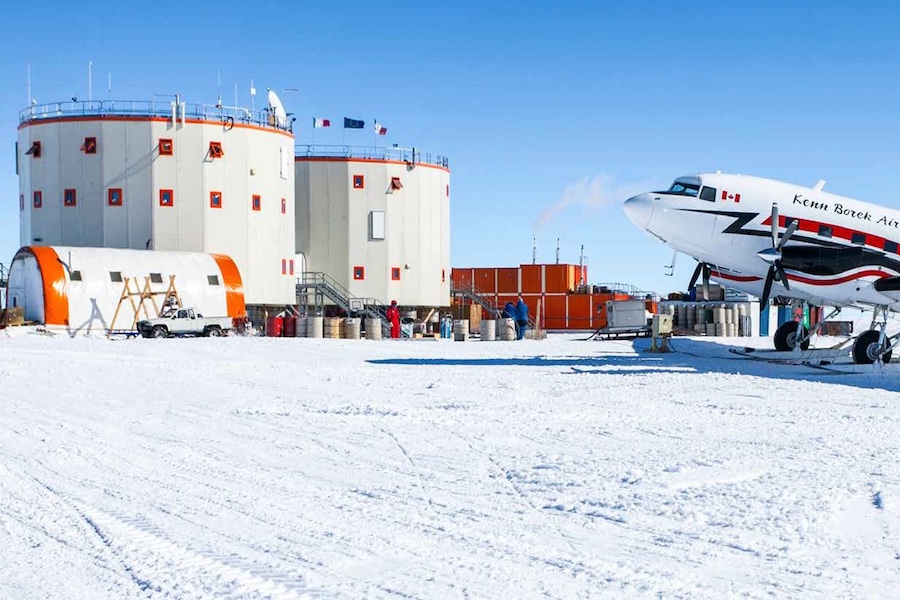 1,600 kilometres from the South Pole, the French-Italian Concordia base is about to be the test centre for a new type of gray water recycling system. The Firmus Gray Water Recycling System (FGWRS) will debut the programme on 6th December and will have a special guest join the team at the base camp.

Special guest Justin Sargenti, former student of Institut François d’Assise, Nicolas Barre (FANB) and winner of the Students On Ice 2015 competition organised by the Prince Albert II Foundation (FPA2), as well as a graduate of the National School of Architecture in Strasbourg, will live on the Franco-Italian Antarctic research station until 4th February 2023.

Passionate about photography and polar environments since his expedition to the Arctic in 2015 with Students On Ice, Justin has always been interested in the protection of the poles and life in this hostile environment. In addition, he is currently working toward a doctorate relating to comfort in the stations.

He has had to undergo rigorous medical examinations and will participate in a training course by the Concordia technical team for enduring Concordia winters by Monaco’s French counterpart FGWRS France.

“Since my expedition to the Arctic in 2015 following the Students On Ice competition with the FPA2, my dearest dream was to set foot on the Antarctic continent,” said Justin Sargenti. “Today, thanks to FGWRS and its work on the Concordia scientific base, I am offered the opportunity to live there for two months. It goes beyond anything I could ever dream of and motivates me to continue working in the polar environments and their preservation.”

The mission at Concordia station, which is in partnership with the Prince Albert II Foundation, the French Polar Institute and the European Space Agency (ESA), will test a new type of membrane that consumes less energy than the one currently in place. It will also, in conjunction with ESA, study the possibility of installing other recycling processes for yellow and black water at the research station.

Previous collaborations have been carried out by the French Polar Institute, the European Space Agency and FIRMUS, and gray water recycling was officially put into use at Concordia in 2005.

Since its installation, the process has been free of any technical or health incidents and more than six million litres of water has been saved via recycling water from the kitchen, showers, sinks and washing machines, which is treated and reused.