The Monaco Yacht Show is still on course

The Monaco Yacht Show is still on course 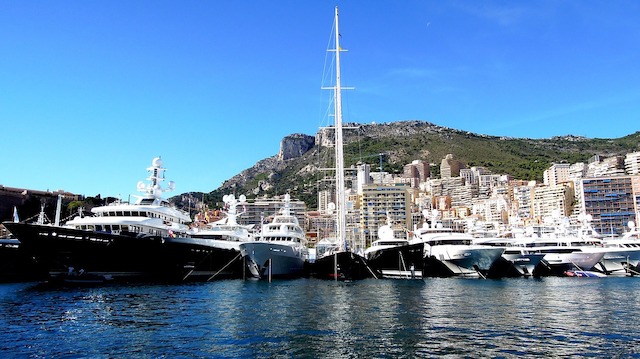 The Monaco Yacht Show is likely to be the first major event to be held in the Principality post confinement, and organisers are keen to promote the fact that planning is full steam ahead.

During this time of endless event cancellations and postponements, it’s heartening to hear that one of Monaco’s biggest yearly events, the Monaco Yacht Show, is still planning to go ahead.

The MYS, scheduled for 23rd to 26th September, attracts thousands of visitors each year and is the staging ground for many nautically-related companies to show off their wares.

In addition to the spectacular selection of yachts and superyachts to check out, there are also products, services and innovations on offer, making the show a sort of one-stop-shop for boating enthusiasts in the region.

This year’s MYS will be markedly different than those of the past, though, as the Covid-19 epidemic has drastically changed the way large events are held.

As public health is a priority, organisers of the MYS say they will be working closely with the government of the Principality and the World Health Organisation to ensure the safest conditions, taking into consideration the evolution of the pandemic come September.

As such, the Monaco Yacht Show will most likely be one of the first occasions in 2020 to bring together many major players in the luxury yachting community with those in the industry.

Other major yacht shows have been forced to alter their timelines, postponing to dates later in the year in hopes they can still attract visitors. The East Med Yacht Show in Greece and the Singapore Yacht Show have both been curtailed by the health crisis, with the former’s new dates not yet announced and the latter holding off until October. Some have had to cancel outright. The Palma International Boat Show and the Venice Boat Show have both cancelled their events.

The effects of the Covid-19 crisis have hit the yachting industry particularly hard. The drop in sales happened quite literally overnight, with people re-prioritising funds to their personal and business affairs. Many are adopting a “wait and see” approach to determine what the market does once the crisis passes, though yachting industry veterans say this hit will be felt less than during the 2008 financial collapse. They say the industry is better prepared and the circumstances are temporary and not market driven.

For those looking to buy, opportunities may be plentiful in the coming months, making shows like the Monaco Yacht Show a fantastic place to look for deals.

As for owners, they are quick to remind people that a yacht is the ultimate social distancing vehicle, perhaps making them more appealing than ever to those who can afford the luxury.