The Monte-Carlo Film Festival is in full swing

The Monte-Carlo Film Festival is in full swing 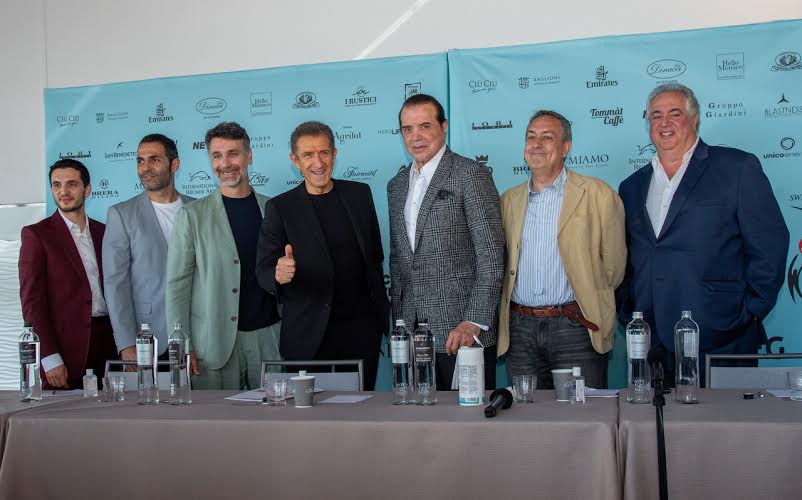 The 18th instalment of the Monte-Carlo Comedy Film Festival has begun with a press conference outlining the schedule as well as introducing some key players.

If ever there was year when people needed a laugh, this one is it, and from 31st May to 5th June, it is not only possible but probable with the 18th Monte-Carlo Comedy Film Festival in full swing at the Grimaldi Forum.

“We are happy to have succeeded in bringing this edition to a successful conclusion in a difficult context,” said the event’s organiser Ezio Greggio. “As they say for the show, the comedy must also go on. ‘The comedy must go on’, because this is the genre that has always told our best stories.”

Despite being an event built to tickle the funny bone, this year’s line-up is tackling some of today’s more serious and relevant topics such as women’s empowerment, sex, and generational conflict.

The winners will be chosen by a jury comprised of Italian heartthrob, Chairman Raoul Bova, French actress Sara Forestier, actors Giacomo Ferrara and Mario de la Rosa, and director and film critic Mario Sesti who remarked on the current crisis by saying that “it was the most tragic moment that sparked the greatest comedies.”

Two American stars were also present at the press conference – actor, director, screenwriter and producer Chazz Palminteri, who will receive the Movie Legend Award 2021 at a gala on Saturday 5th June, as well as Nick Vallelonga, two time Oscar winner for the film Green Book: on the roads of the South and president of the jury of last year’s Monte-Carlo Comedy Film Festival.

A closing award ceremony gala will take place on 5th June at the Grimaldi Forum to announce all the winners.

Of the awards already confirmed, presenter and writer Rocio Munos Morales will receive thee Palminteri’s Movie Legend Award 2021 for her exceptional role as a woman, mother, writer and model of empowerment, and the Career Award, which will go to Italian actress Micaela Ramazzotti.

The show’s presenter will be Giancarlo Magelli and a host of well-known and beloved personalities will be on hand. TV hostess Elisa Isoardi, fashion model Elisabetta Gregoraci, former footballer Claudio Marchisio,actress and model Brazilian Desirée Popper, and Antonia Truppo, Francesco Di Leva and Giovanni Esposito, protagonists of the new comedy Benvenuti a casa Esposito, which will have its world premiere at the Monte-Carlo Comedy Film Festival on Friday 4th June.

A performance by X Factor teen idol Leo Gassmann will round out a star-studded event.

The main objective of the festival is to promote and disseminate different genres of comedy through previewing films in and out of competition. This is a true international showcase for a genre highly appreciated by the public but generally considered largely irrelevant by critics.

Thanks to the efforts made over the years by Ezio Greggio and the late Mario Monicelli, co-founders of the event, it has allowed other international festivals such as Cannes, Rome, Berlin and Venice to take comedy more seriously as a genre.

The event, in collaboration with EFG Bank Monaco and Marlù Gioielli, is also under the High Patronage of Prince Albert II of Monaco and the Embassy of Italy.