The Ocean Race is on: momentum gathers on quest for ocean rights

The Ocean Race is on: momentum gathers on quest for ocean rights 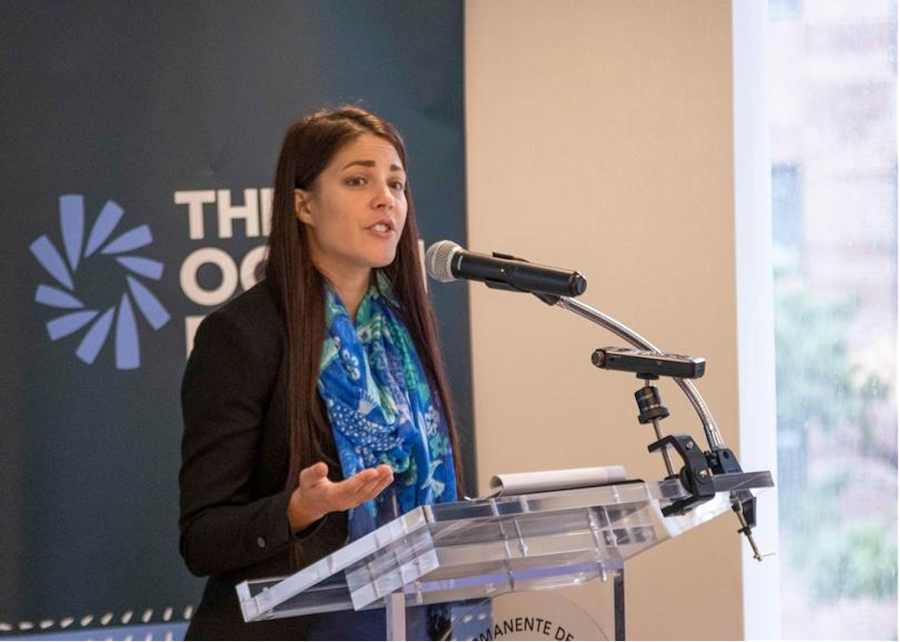 As world leaders gathered for the UN General Assembly in New York, The Ocean Race hosted a high-level event on 24th September in the same city to boost support for the adoption of a Universal Declaration of Ocean Rights by 2030, with Prince Albert II of Monaco and ministers from Cabo Verde and Monaco giving their support to the initiative.

The Ocean Race, an around-the-world sailing event known as the toughest test of a team in sport, and partners – including the Government of Cabo Verde, the Government of Monaco and Earth Law Centre – are redoubling efforts to give the ocean a voice and gathering increasing support from countries around the globe for the adoption of a Universal Declaration of Ocean Rights by 2030.

Together, the collaborators hosted an event at the sidelines of the United Nations General Assembly in New York that brought together participants from over 20 countries and international organisations to discuss how to galvanise further support as part of the journey towards the adoption of a Universal Declaration of Ocean Rights. Participating countries included Italy, Portugal, France, Sweden, Singapore, Spain, Mexico, Palau, Colombia, Seychelles and Panama, along with key institutions in ocean conservation such as the Pew Charitable Trust.

“The ocean is vital for our climate, for our biodiversity and for life on Earth as we know it. It is time we gave the ocean a voice,” said Minister of Foreign Affairs and Cooperation of Monaco Isabelle Berro-Amadeï. “Two of the most prominent priorities of the Principality of Monaco are oceans and sport. We are proud of the fact that our Sovereign, H.S.H. Prince Albert II of Monaco – who also attended the event – is both an Olympian and one of the most dedicated leaders for a healthy, productive and protected ocean.”

In a video message, Boris Herrmann, one of the world’s best known offshore sailors and Team Malizia skipper, said: “Without the ocean, nothing would be possible. We clearly support The Ocean Race and partners in their work towards a Universal Declaration of Ocean Rights because the ocean means everything to us: it is our playground, our workplace and, for me personally, spending more than 100 days a year in the ocean, it is also my home.”

Team Malizia are champions for sustainability and climate action and will participate in the next edition of The Ocean Race, which starts in January 2023 with their newly built race yacht Malizia – Seaexplorer IMOCA.

Addressing the round table, Ocean Campaigns Director at the Earth Law Centre Michelle Bender, told the audience: “I would like us to think about Ocean Rights as an opportunity. Not just another regulation, but rather a framework that shows the world how society and life can look like if we live in the right relationship with the Ocean and the entire Earth community.”

Meanwhile, Marine conservation biologist and National Geographic Explorer Callie Veelenturf stressed: “Today we are in the midst of the sixth mass extinction and a zoonosis that is a result of an annihilation of nature, and so I think it is clear that our current environmental laws and legal systems aren’t working to allow us to establish harmony with nature as a society. We all need to ask ourselves what role we can play to move forward.”

During the event, the Government of Panama spoke via a video message backing the legal recognition of ocean rights, with the Minister for the Environment, Milciades Concepción stating: “We believe that support for a global initiative to recognise ocean rights must be a priority for all countries in the world, including those without coastal areas that still benefit from ocean resources.”

Cabo Verde’s Minister of Foreign Affairs, Cooperation and Regional Integration, Rui Alberto de Figueiredo Soares, said: “Cabo Verde stands ready to advocate for a Universal Declaration of Ocean Rights that has to be adopted and implemented on a global scale and with the support of policy makers, private sector, scientists, sailors and other key stakeholders. By 2030 the Declaration should establish a set of rules regarding the protection of the oceans and applicable to all countries in the world. The goal is ambitious but achievable as long as there’s global collaboration at heart.”

The Ocean Race Chairman Richard Brisius and The Ocean Race Policy Director Johan Strid wrapped up the event stressing the need to “move quickly” to bring draft principles on Ocean Rights to the United Nations General Assembly in September next year.

“OCEAN RIGHTS, LIKE HUMAN RIGHTS, IS ABOUT SHIFTING OUR CORE VALUES”

Photo above source: The Earth Centre