HSH Prince Albert II, Princess Charlene and the twins were front and centre at the Saint Dévote celebrations held earlier this week, with Prince Jacques and Princess Gabriella sporting fashionable sunnies and charming the crowds.
The Palace released a series of photos on social media showing the Grimaldi family, along with high-ranking representatives from Monegasque institutions, attending the traditional Sunday evening mass at the Church of Saint Dévote on the 26th followed by the symbolic lighting fire to a wooden boat in the courtyard, a tradition that has endured since 1924 when Prince Louis II first introduced it. 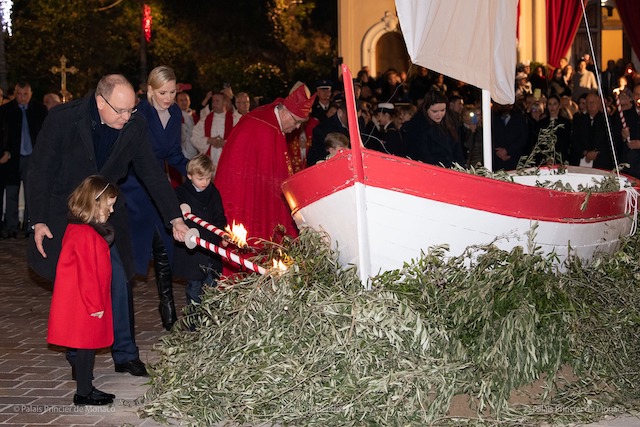 The twins were spotted whispering to one another during the festivities, and the little princess was often seen hugging her brother in a clear show of solidarity.
The following day, as the Princely family were being photographed on the balcony of the palace whilst watching the processional, the adorably animated twins waved and smiled at the enchanted crowds, though admittedly the five-year-olds seemed a bit preoccupied at times. Prince Jacques was seen clutching his trademark tiny toys and Princess Gabriella played with a small donut which appeared to double as a peep hole in a pinch. 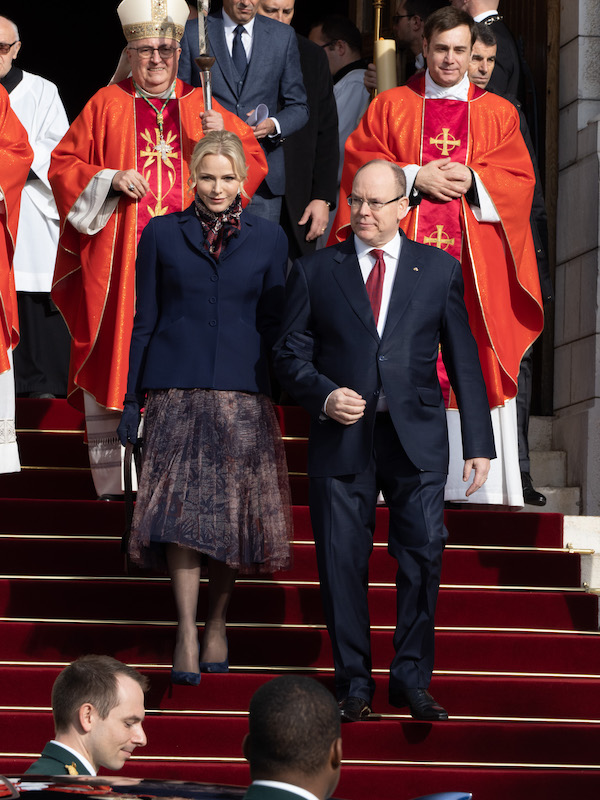 Their bemused parents looked on lovingly, as did the crowds, who can’t get enough of the pint-sized royals.
Prince Jacques had on a sombre dark coat to mark the occasion, and Princess Gabriella sported a stylish grey jacket covered in pretty spring flowers.
The family also attended the customary religious ceremony at the Cathedral, followed by a procession of penitents from the Archconfrérie de la Misericorde who presented relics to the Soveriegn Prince and his family on the Place du Palais. 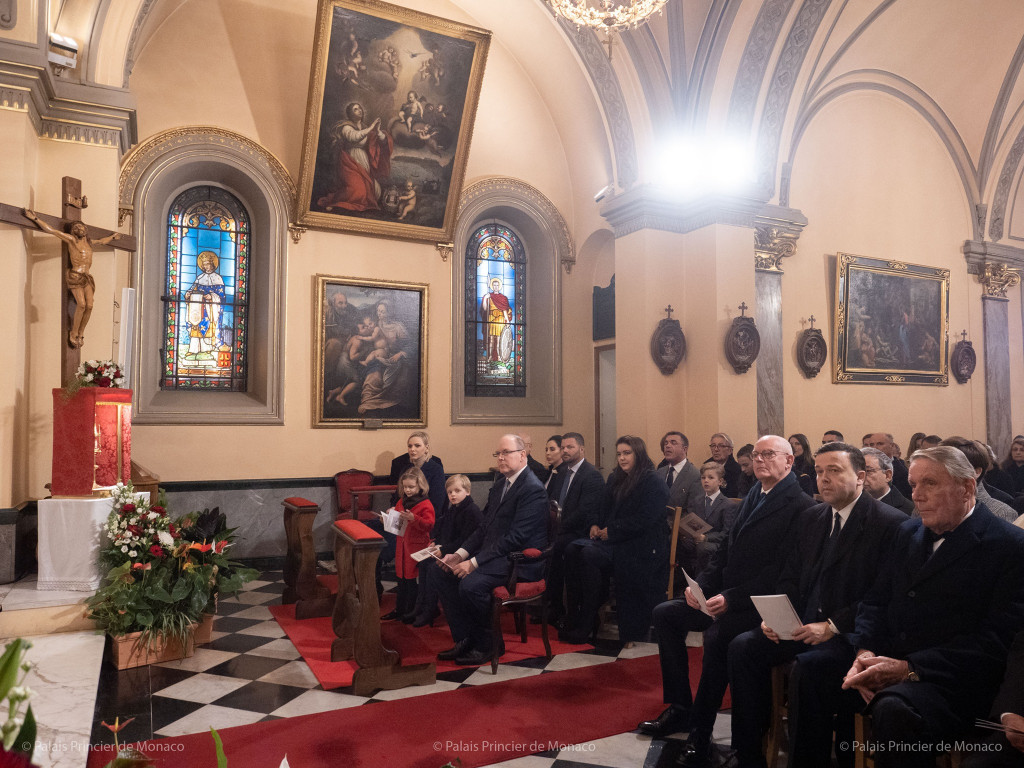 A large crowd who had come to join in the celebrations were thrilled when the Princely family greeted them, the twins performing their duties spectacularly. 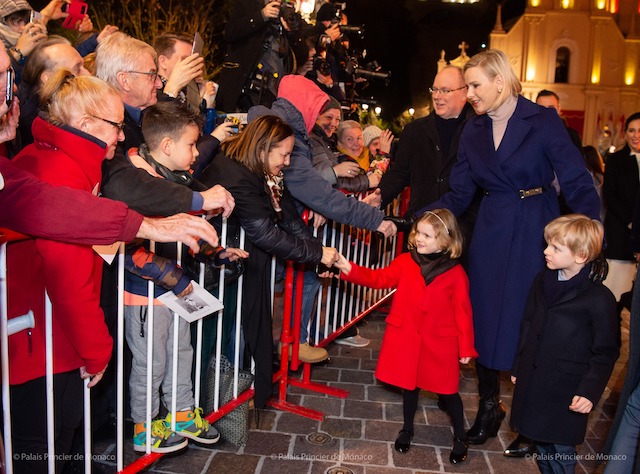 Saint Dévote was a 4th century Corsican martyr and is the patron saint of Monaco. Her lifeless body drifted from Corsica to the port of Monaco, where she was then properly interred. Since then, legends of flowers blooming before their season at the site of her tomb has flourished, adding to the mystic of her legend. 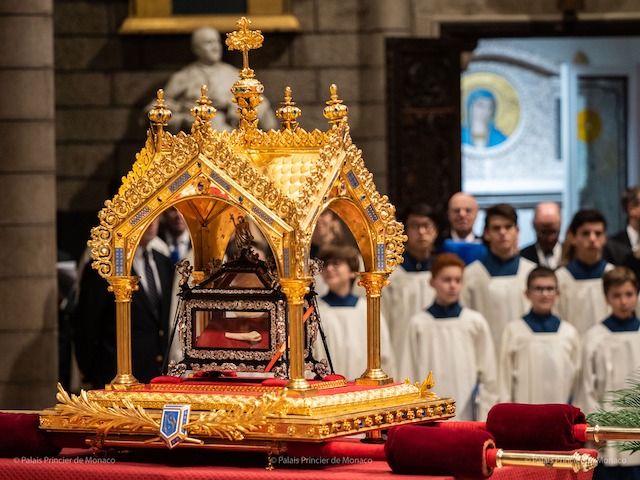