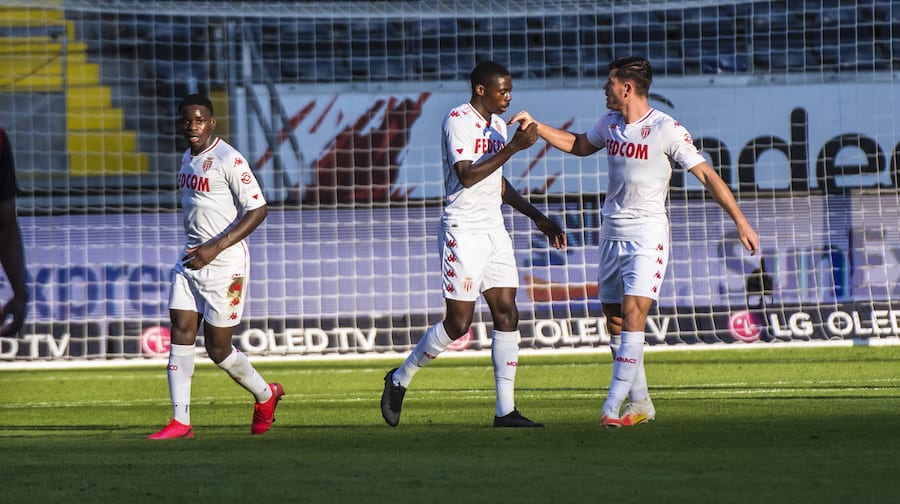 After a week of serious training in Poland, AS Monaco headed to Frankfurt to play their third friendly pre-season match, ending in a 1-1 draw.

Niko Kovac’s boys flew from the Polish training centre to Germany to see what they were made of against Eintracht Frankfurt last weekend.

The Germans took no time taking control of the ball and the first tries on goal were all theirs, though goalkeeper Benjamin Lecomte had no trouble fending off their attempts. Just before the hour mark, at 59 minutes, Lecomte was unable to hold them back and Gonçalo Paciencia’s left-footed shot found its mark putting Frankfurt ahead 0-1.

At the hour mark, Coach Kovac cleared the field of all 11 players, bringing on a whole new set that included Anthony Musaba and Willem Geubbels. Musaba converted in the 85th minute tying up the score, where it stayed until the end of the game. The goal prompted Musaba to take to social media and exclaim, “I’m proud to have scored my first goal for AS Monaco.”

Coach Kovac was happy overall with the team and where they are heading, saying: “The encounter with Eintracht was positive. I think we had the right frame of mind. Giving the younger kids some playing time against a team which is on a European level is a positive thing. I am very satisfied with the attitude of the team and the state of mind shown by my players, both from the younger and more experienced players.”

The Red and Whites are returning to La Turbie now where they will prepare for their next friendly against AZ Alkmaar on 15th August.