The Riviera Electric Challenge is underway

The Riviera Electric Challenge is underway 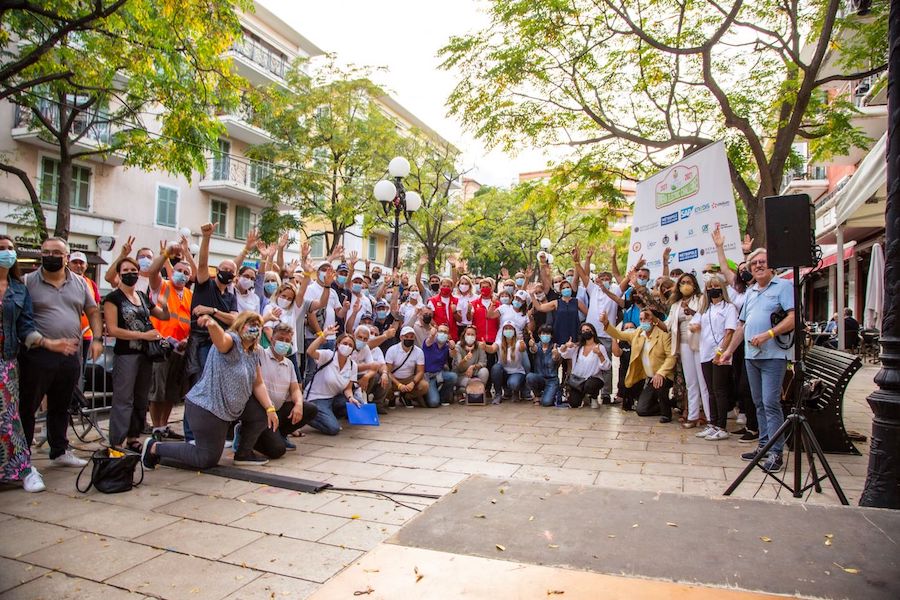 The seventh edition of the Riviera Electric Challenge left Cagnes-sur-Mer Wednesday morning for two days of racing in Italy and France before crossing the finish line in the Principality.

Monaco has a big presence in this year’s Riviera Electric Challenge, the annual electric car road rally which covers 208.5 kilometres from France to Italy and finally, the Principality, with seven teams in the line-up.

The event is organised by MC2D – who also put on the Ever Monaco show, together with Monaco City Hall, the Automobile Club of Nice and the Automobile Club of Ponente Ligure. It takes place on 15th and 16th September and this year features two teams from the Mairie de Monaco, who are racing to show their commitment to using renewable energy sources and pollution-busting transport.

The first team features Karyn Ardisson Salopek and Mélanie Flachaire,  who are driving a Renault Zoé. The second team is made up of Jacques Pastor and Mayor of Dolceacqua Fulvio Gazzola in a Kia Niro.

Other Monaco-based teams include one from La Poste, the Automobile Club of Monaco, the Mission for the Energy Transition, and two teams from the Department of Tourism and Conventions.

The first day of the rally takes drivers through several French villages and towns including Cagnes-sur-Mer, Antibes, Mougins, Nice, Col d’Eze, Peille and Sainte-Agnès before crossing the border into Italy and winding up the day in Monaco’s recently twinned city of Dolceacqua, where they will pass the night.

On Thursday morning, they continue their Italian adventure passing through Dolceacqua, Isolabona, Apricale, Baiardo, San Romolo, Perinaldo, Soldano, San Biagio, Vallecrosia and finally Ventimiglia with a drive-by through the new port of Cala del Forte. From there, the teams make their way back to Monaco, meeting on the forecourt of the Oceanographic Museum, where they are expected by mid-afternoon. Once the racers are all in situ, there will be an award ceremony.